The Glossary of Land Types and Terminology 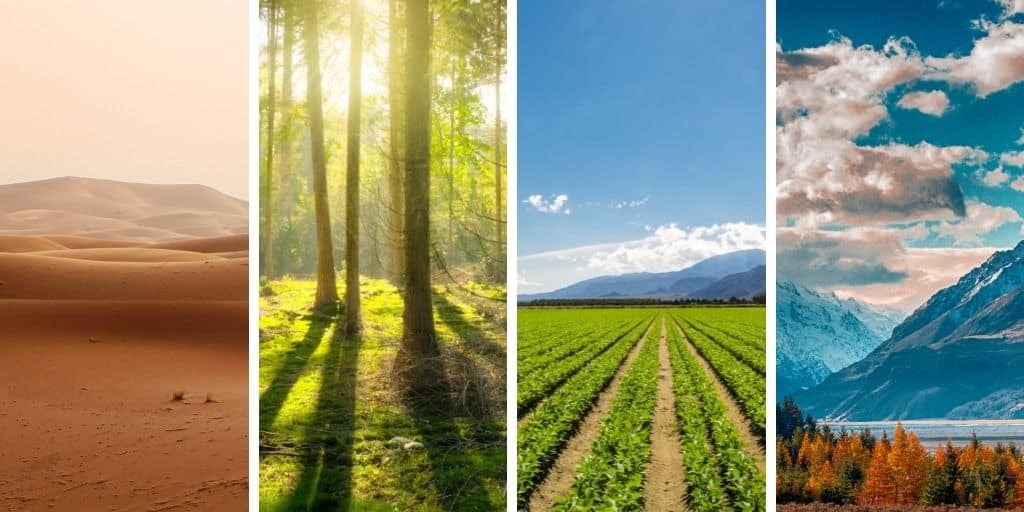 Land comes in every shape, size, color, and composition.

As a land investor, you need to understand the different types of land and the common economic usefulness of each to help you make better investment decisions.

Here’s what you need to know about land type terminology (known as “biomes” in the scientific community).

As you explore prospective land to purchase, classify it as one—or a combination of—these land types. 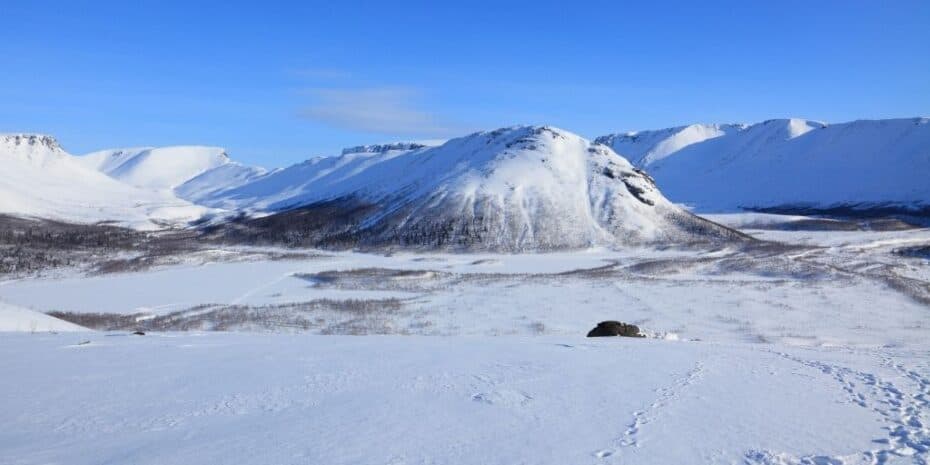 The coldest of all biomes, the tundra experiences low temperatures, little precipitation, few plants, poor nutrients, and often frost, ice, and snow. Summers are short in the tundra and usually fail to thaw the ground completely, leaving a layer of permafrost under the surface of the land.

In most cases, land in the tundra comes with little commercial value unless it contains minerals or natural resources such as oil.

Tundra land comes in two varieties: arctic and alpine. Arctic tundra exists near the poles, while alpine tundra lies above the tree line in mountain ranges, although this latter is sometimes called perennial snow and ice. 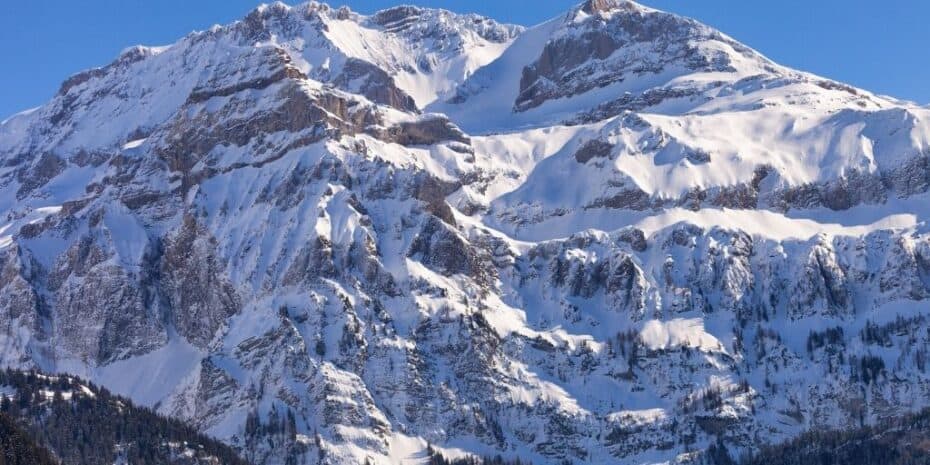 These mountainous landscapes are tundra biomes, although caused by altitude rather than latitude.

As the name suggests, the snow never (or rarely) completely melts in these zones. Even at the height of summer, you can find snow, even if only in drifts or in the shade of trees or outcroppings. 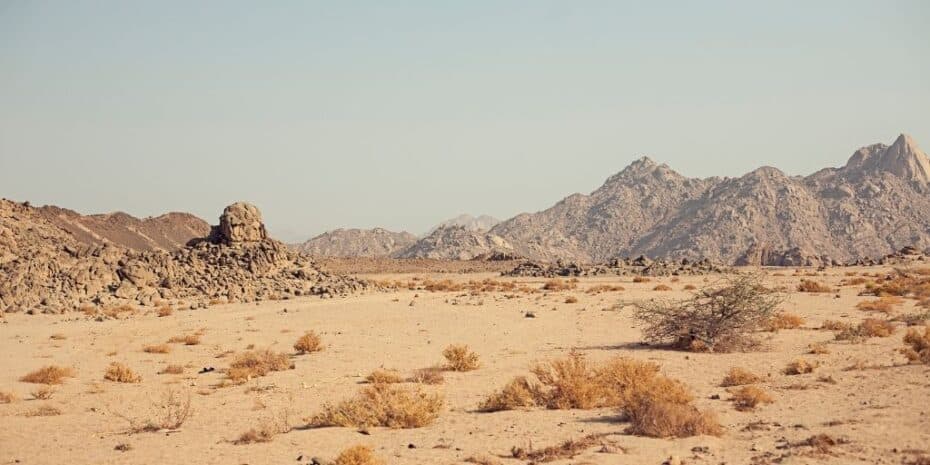 With less than 20 inches of rainfall per year, deserts cover around 20% of the Earth’s land surface.

Ecologists classify deserts in one of four ways: hot and dry, semiarid, coastal, and cold. Despite their reputation as baking infernos, not all deserts are hot. Cold deserts exist as well, where the occasional precipitation often takes the form of snow.

Deserts support minimal plant and animal life, although some species have evolved to live there. They make for poor agricultural areas. 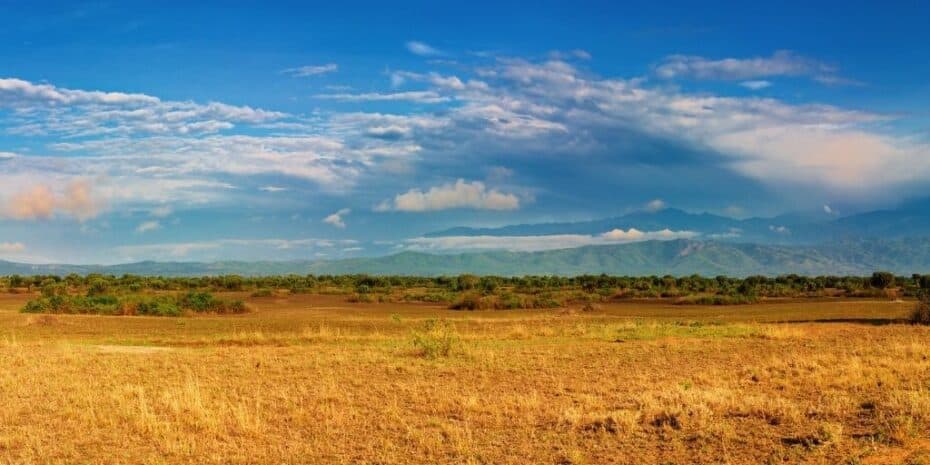 Grasslands come in two categories: temperate and tropical. Both experience more rainfall than deserts, but not as much as forests.

People often refer to tropical grasslands as savannas, which lie close to the equator and come with hot temperatures. They cover nearly half of Africa but also exist in large parts of South America, India, and Australia.

Grasslands can support some types of agriculture that can flourish without heavy rainfall, such as ranching. 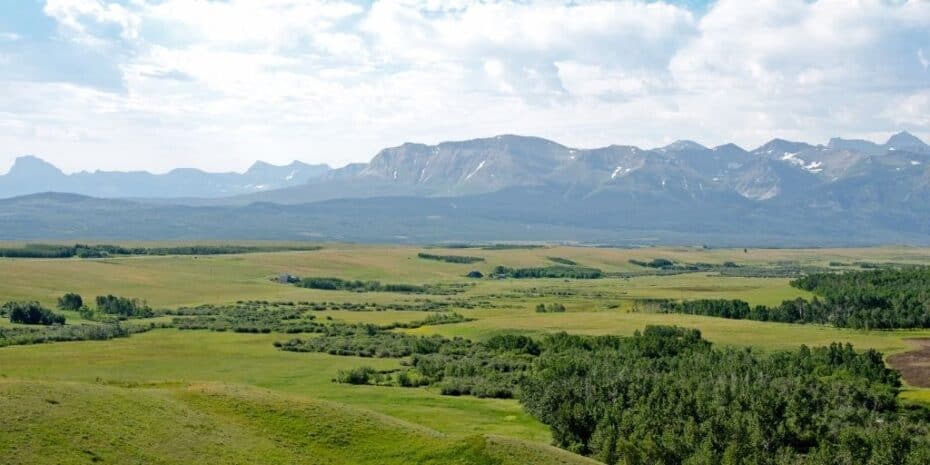 Rangelands exist in open country featuring shrubs, grasses, and occasional trees. They can support a wide variety of herbivores, both domesticated (such as cattle and bison) and wild (such as deer).

In fact, rangeland is usually just another name for grassland. They don’t accumulate enough rainfall for extended forests or for many types of agriculture, but they can potentially make good ranching land. 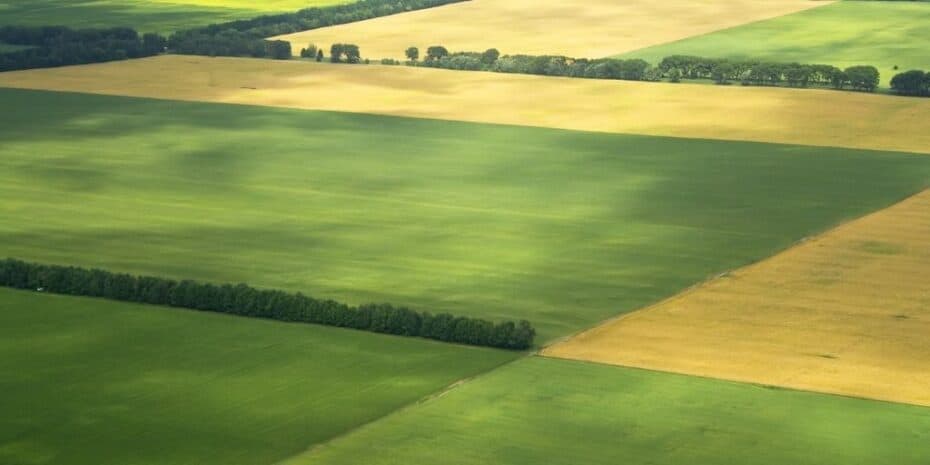 Humans have transformed agricultural land to produce crops or support farming, including growing grains such as wheat and barley, or fruits or vegetables. Alternatively, it can include grazing land for cattle and horses, or yards for other farmed animals such as pigs, sheep, and chickens.

Sometimes farmers leave agricultural land fallow for a time so the soil can recover, as certain crops damage the soil and leave it less fertile.

Before buying land to use for farming, check the zoning. If it’s not already zoned for agriculture, do some due diligence around how difficult it would be to rezone. 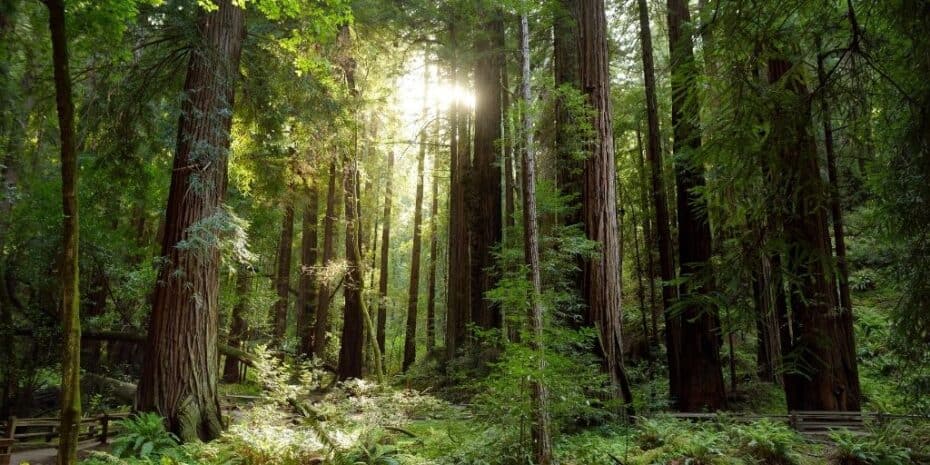 Most of the world’s land-based biodiversity exists in forest lands. Forested lands receive plenty of rainfall, and can support not just occasional trees but full forests of them.

Lying close to the equator, tropical forests maintain relatively warm temperatures all year round and support the greatest biodiversity. Further from the equator lie temperate forests, which experience all four seasons. And at higher latitudes in the northern hemisphere sit boreal forests, which receive less precipitation, and that largely in snow rather than rain. While they account for the greatest land area, boreal forests support the least biodiversity.

Unfortunately for forests and the various life found in them, they tend to yield fertile agricultural land. And while trees must be cleared in order to convert them to agriculture, selling lumber can offset those costs.

Still, many forests lie in public lands, at least in the United States and Canada. 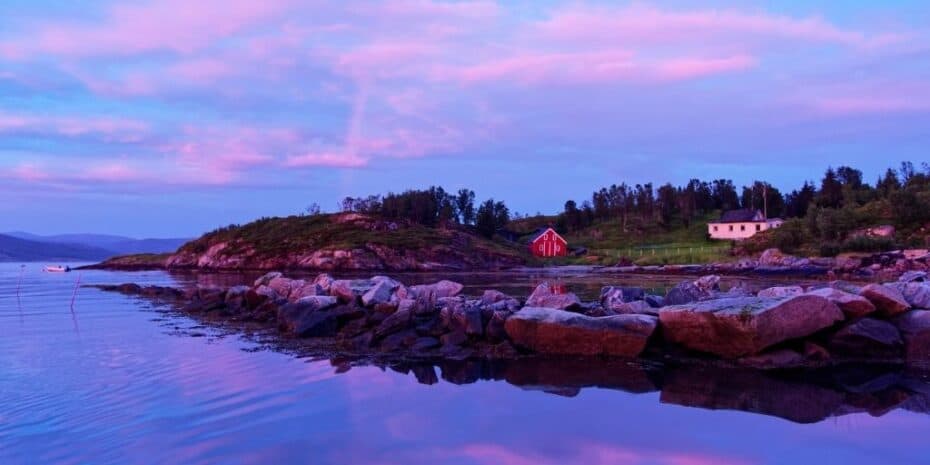 You can classify any land on or near water as a “water area.” That includes oceanfront, lakefront, riverfront, or other types of land near bodies of water or flowing rivers.

Even people who know nothing about real estate understand the value of waterfront or water view properties. Besides being picturesque, these areas often offer recreation such as sailing, fishing, and swimming, or economic value as ports or marinas.

Mark Twain once pithily advised, “Buy land, they’re not making it anymore.” That goes doubly for waterfront land, a truly limited commodity. Although I suppose the creators of Dubai’s Palm Islands might disagree. 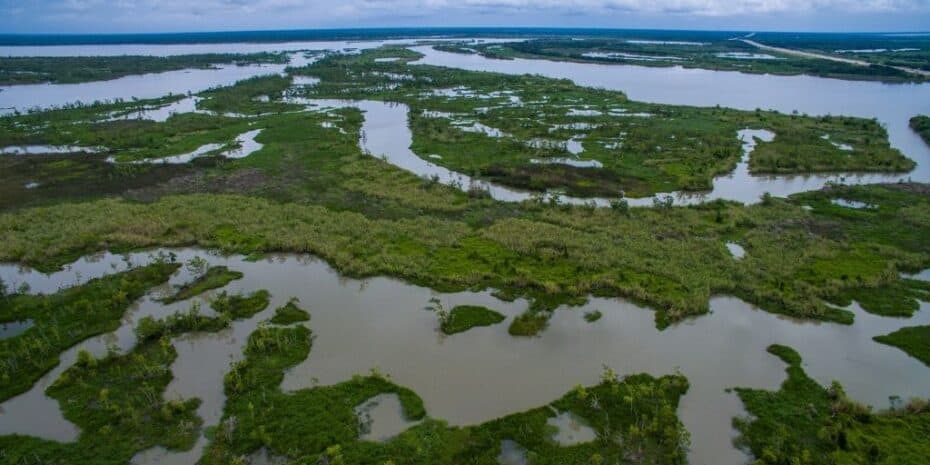 Wetlands include marshes, swamps, bayous, and other areas with sprawling shallow water.

The soil remains flooded most or all of the year, often with marshy grasses and other vegetation breaching the surface. They support many species of birds, fish, reptiles, and invertebrates such as crabs.

Another snappy quote comes to mind about wetlands: “And if you believe that, I’ve got some swampland in Florida to sell you.” Because as you can imagine, wetlands are extremely expensive and difficult to drain and develop. As such, they tend to make terrible investments. 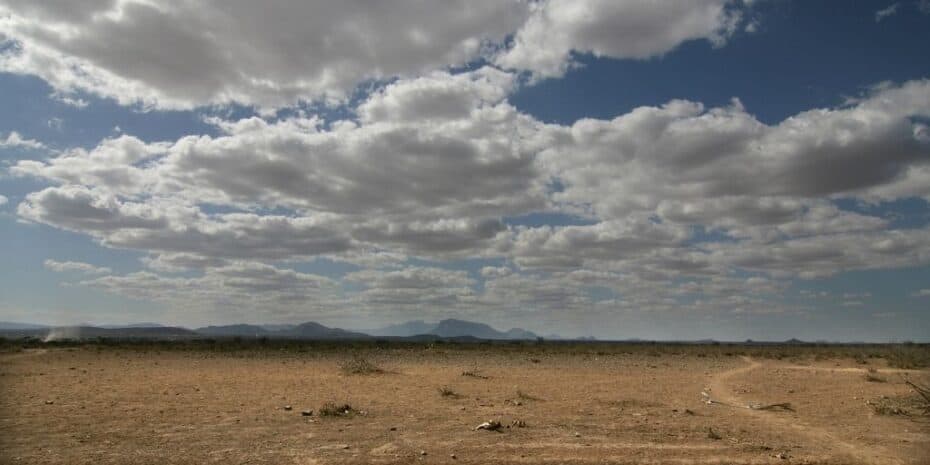 As a general rule, consider them a red flag in land investing, unless you’ve verified mineral deposits on the property. 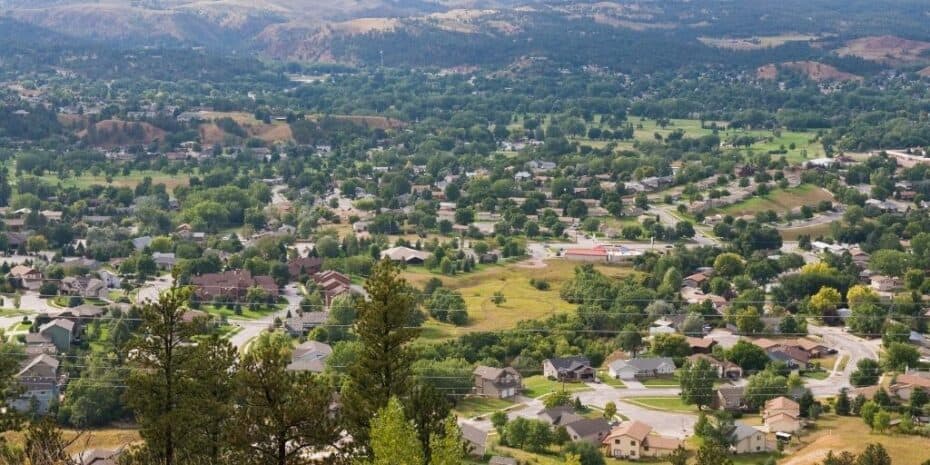 Of all the land types outlined above, you probably know urban lands the best, as human-created landscapes are where most of us live and work.

Urban land in this context doesn’t have to mean only high-density city land. It includes developed suburban areas as well, where the majority of the land has been transformed for human use.

Consider residential, commercial, industrial, and other developed areas as urban land. It’s relatively expensive compared to undeveloped land, with its value measured in what kind of developed use you can put it to.

Not all land is created equal. Some land offers greater agricultural potential, recreational use, mineral deposits, or value for residential or commercial development. And some, like tundra and desert land, rarely offer much economic value at all.

Before buying a piece of land, determine its highest and best use. That will help you market the property to the best buyer and estimate its true value. For example, remote forest land might appeal most to hunters, campers, recreational users such as dirt bikers and ATVers. You can specifically target that demographic in your marketing efforts if you opt to flip a piece of land there.

Just avoid the swampland in Florida.

10 Rock-Solid Reasons Why You Should Be Investing In Land

014: Extracting More Value from Land – A Conversation with E.B. Farmer