Before you read another sentence, make sure you’re sitting down.

In the next few minutes, I’m going to show you some unbelievable things about real estate that will make you question the nature of reality.

1. Cinderella’s Castle at the Magic Kingdom was constructed using a set-trick known as forced perspective, which makes the castle appear much larger than it really is. 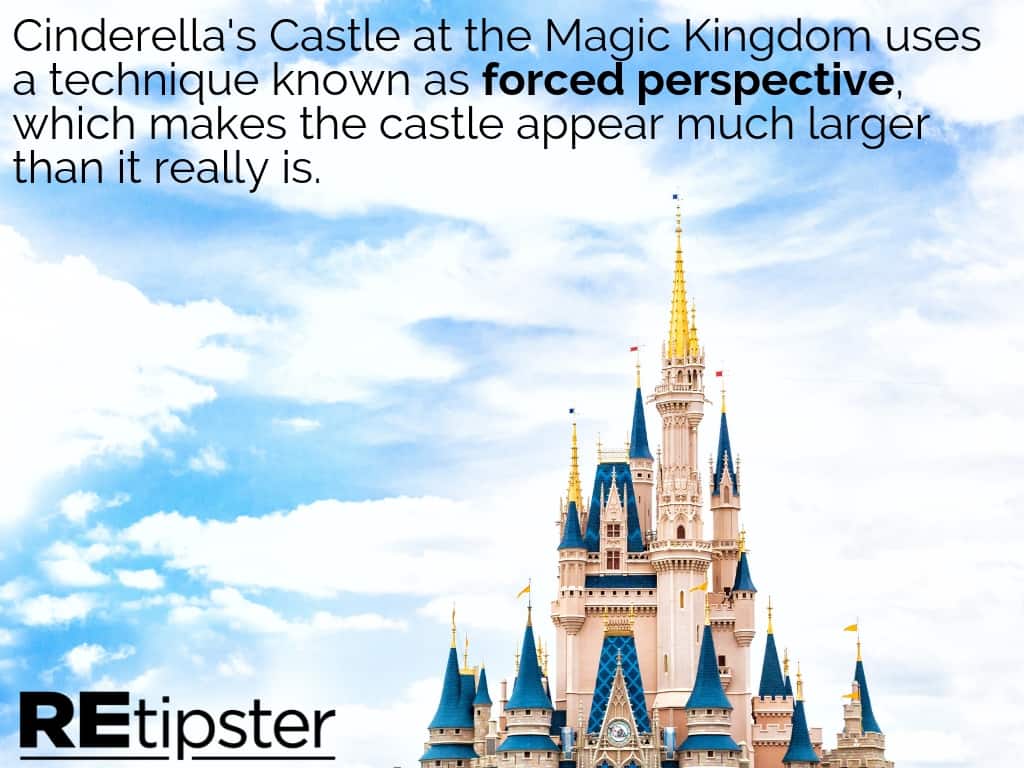 2. The domed top of the Seattle Space Needle was built to be perfectly balanced, so the restaurant could be rotated with the help of a tiny 1.5 horsepower motor. 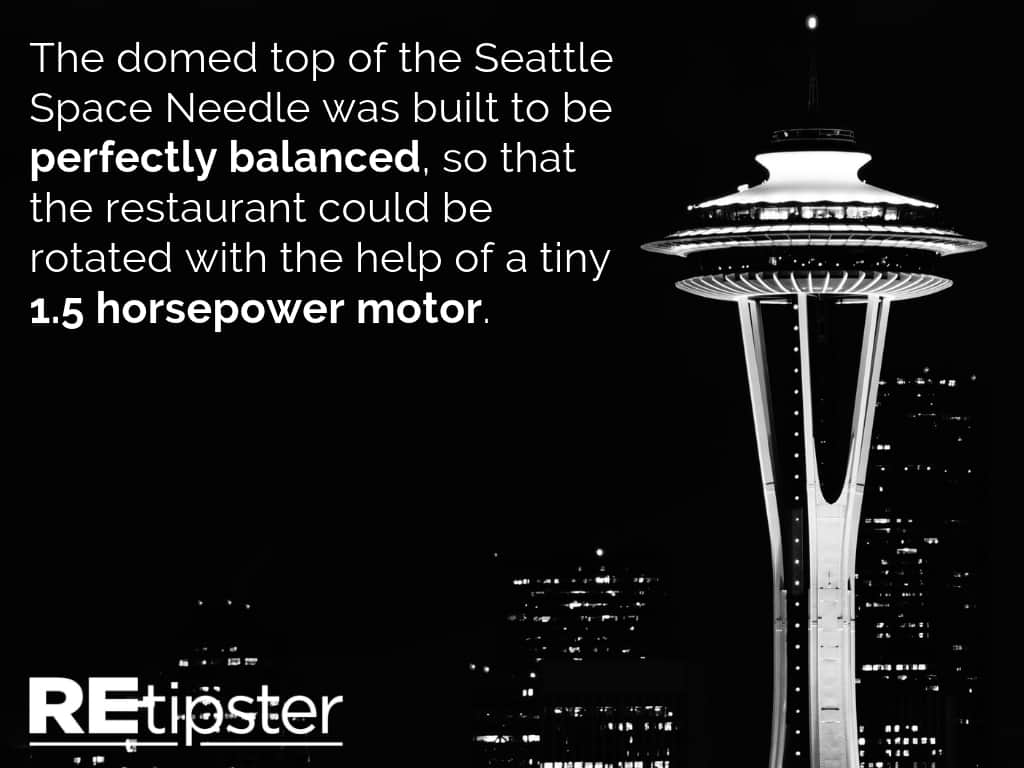 3. When the Leaning Tower of Pisa was built, it started shifting on its foundation before construction was completed because of the unusually soft soil it was built on. This same soil is the reason the tower has survived at least four earthquakes since 1280 A.D. 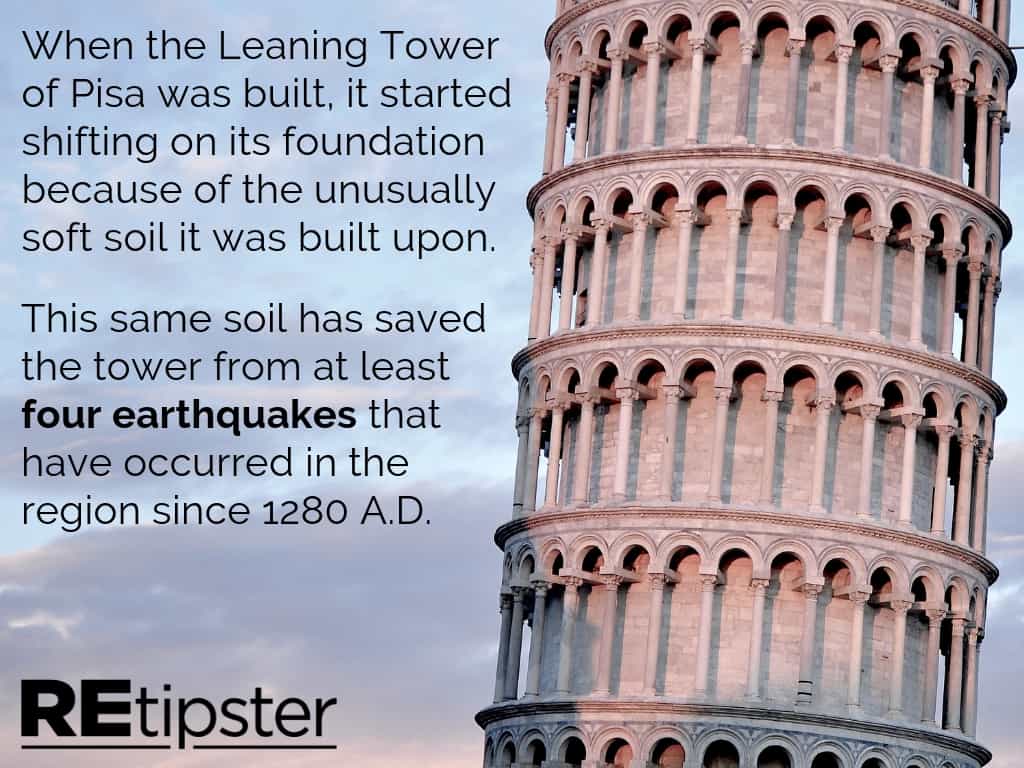 4. If you’ve ever felt lost in an IKEA store, there’s a reason for that. IKEA stores are built like mazes so they function like a walk-through catalog (and generate a lot more impulse purchases along the way). 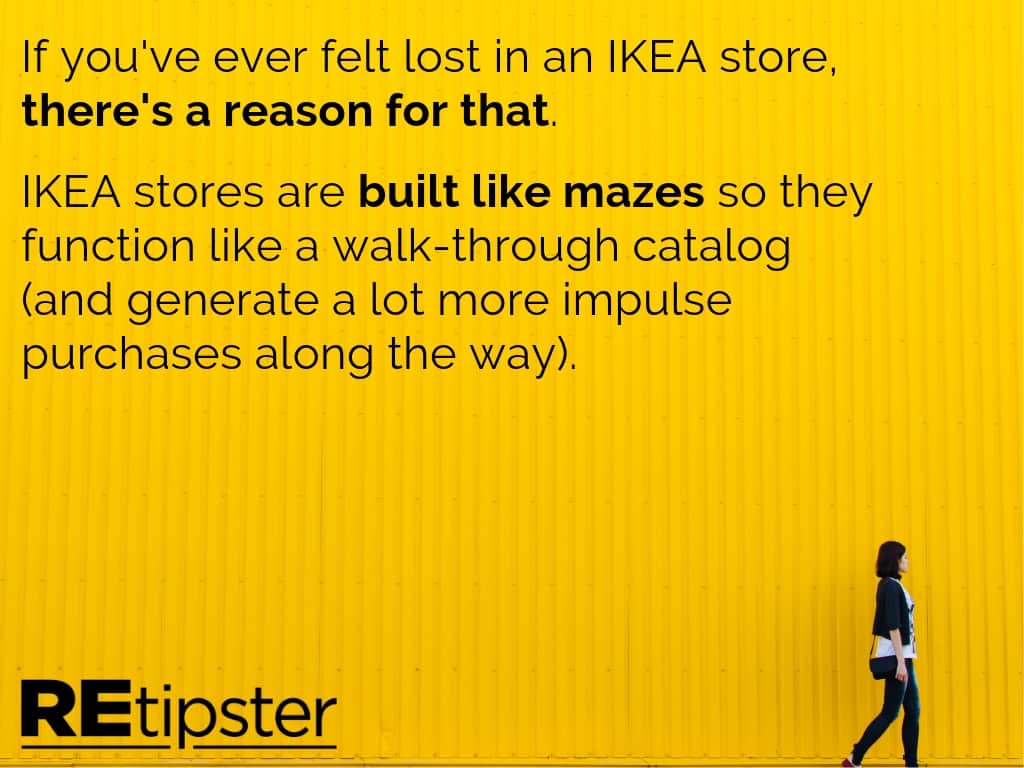 5. If you travel in any cardinal direction from the town of Los Algodones, Mexico (north, south, east or west), you will end up in the United States. 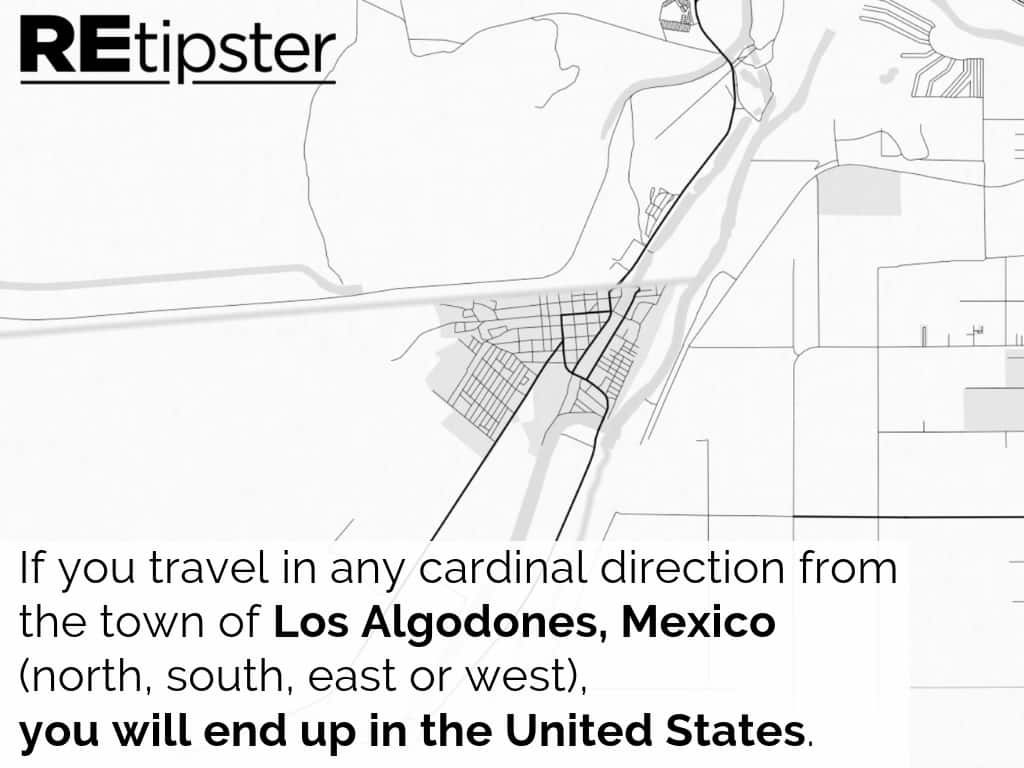 6. Even though Sweden is the second largest paper exporter in the world, the country’s forest biomass is growing, because for every one tree they cut down, they plant three in its place. 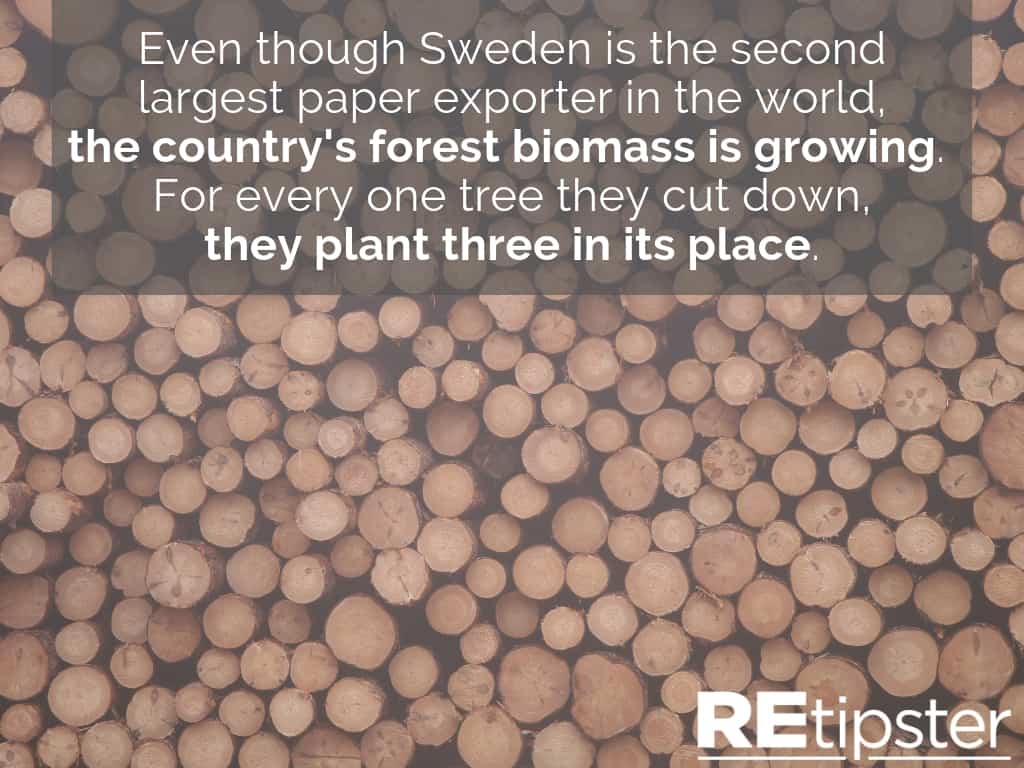 7. A man named Karl Bernd Esser, who was the chief designer of Saddam Hussein’s bunker, was also a grandson of the woman who helped design Hitler’s bunker. 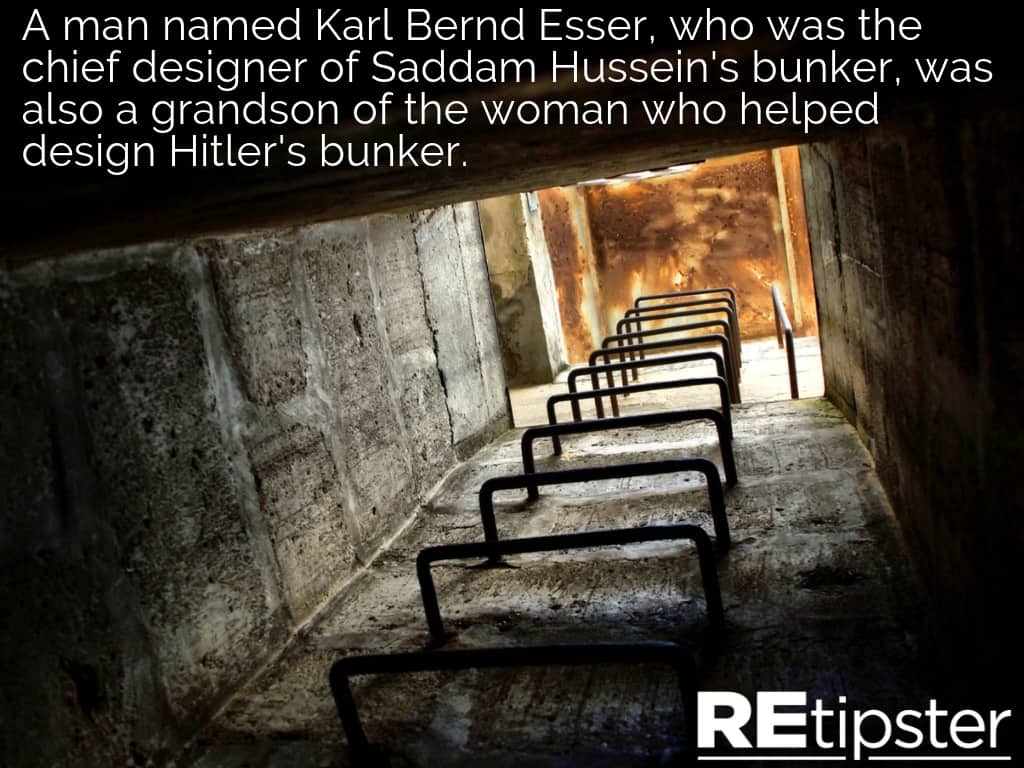 8. When the Ancient Pyramids of Giza were originally built, they were white. Unlike how they look today, they were plated with a highly-polished white limestone that reflected the sun’s rays and gold caps on top. 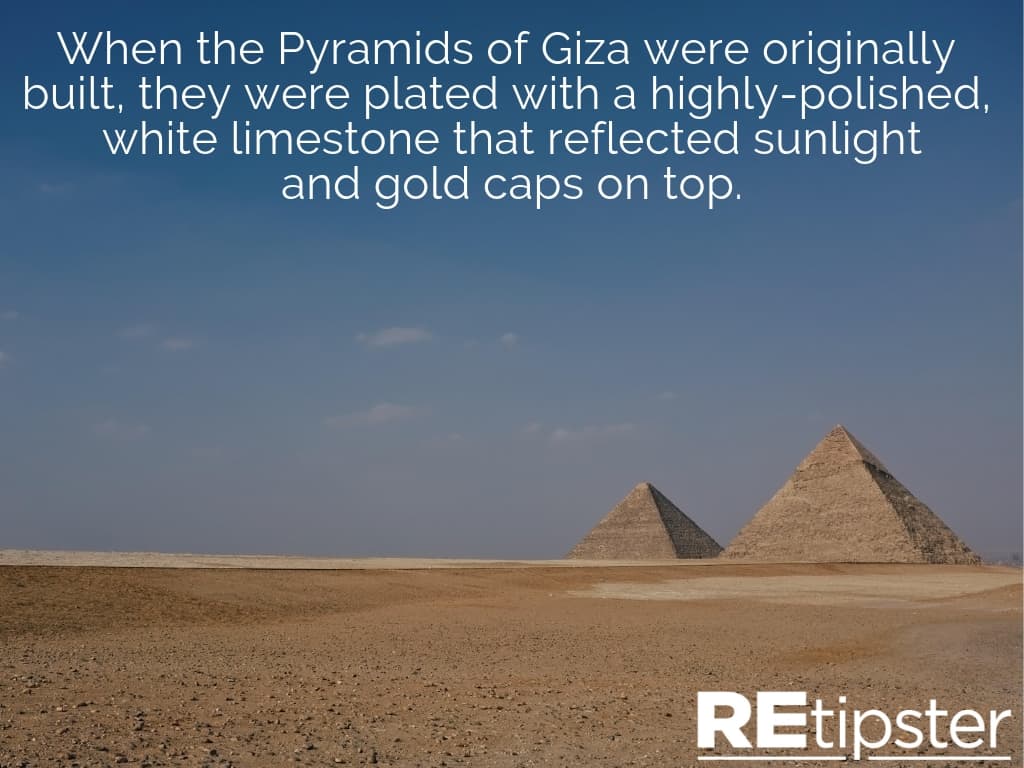 9. There is a township in Minnesota that has a population of less than 1,000, but more than 20 zip codes. 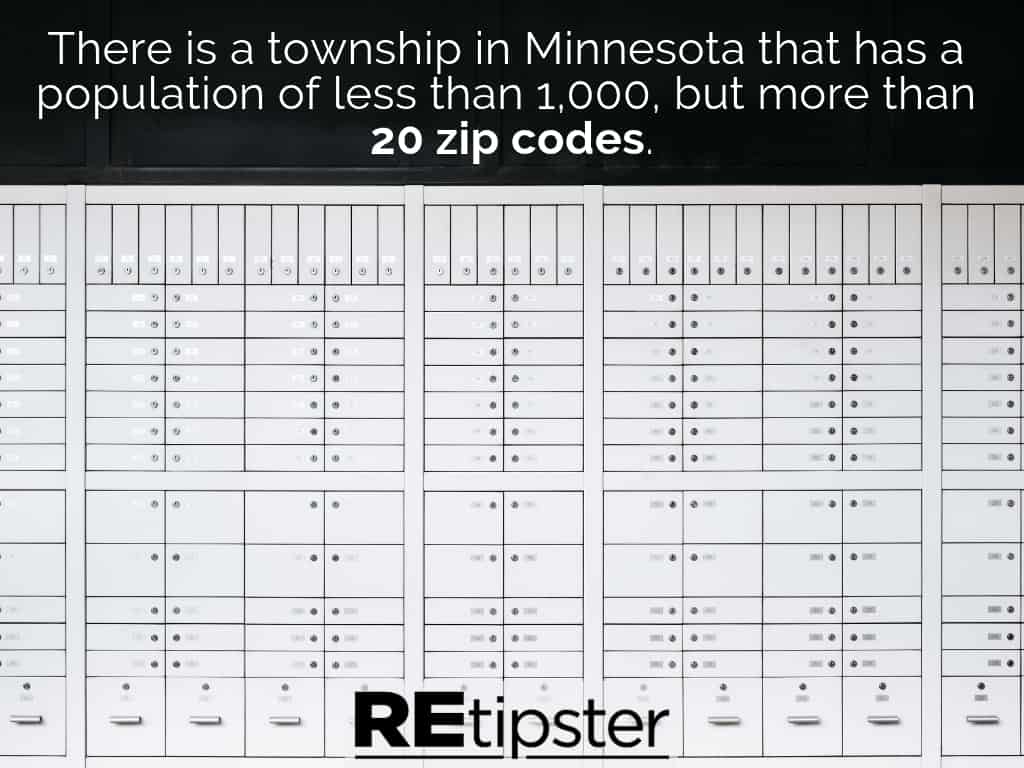 10. If you’re in downtown Detroit and you head directly south, you’ll actually travel into Canada. 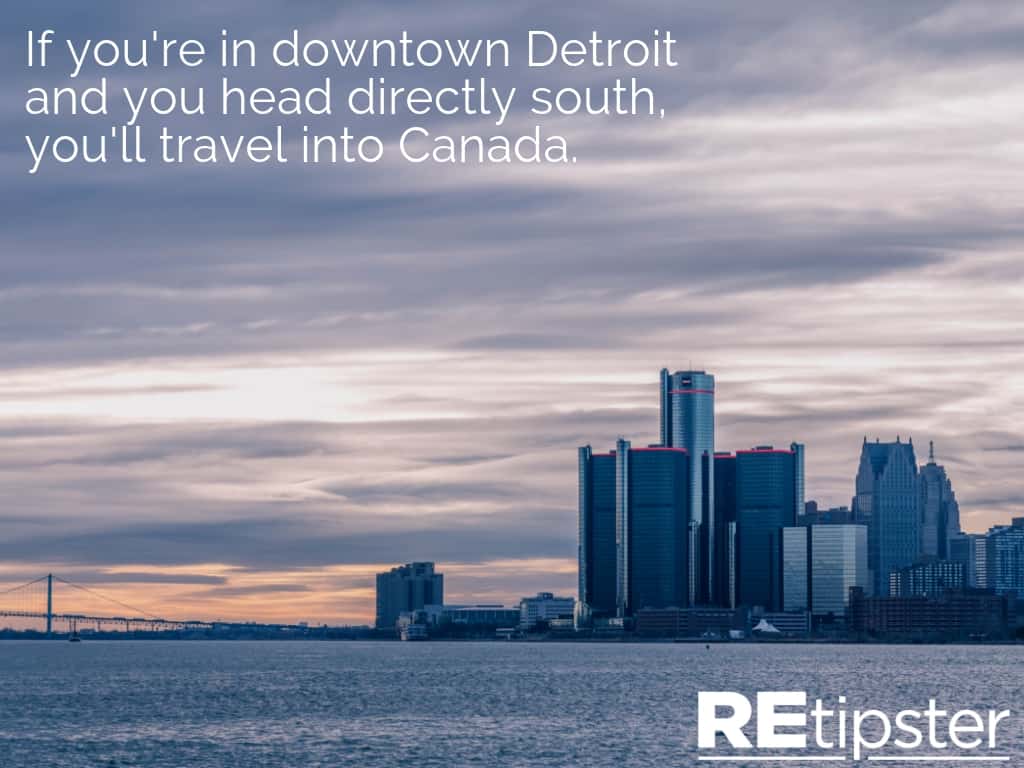 11. Termites eat wood twice as fast when they listen to rock music. Apparently, termites are attracted to the harder vibrations from the sound of rock music. 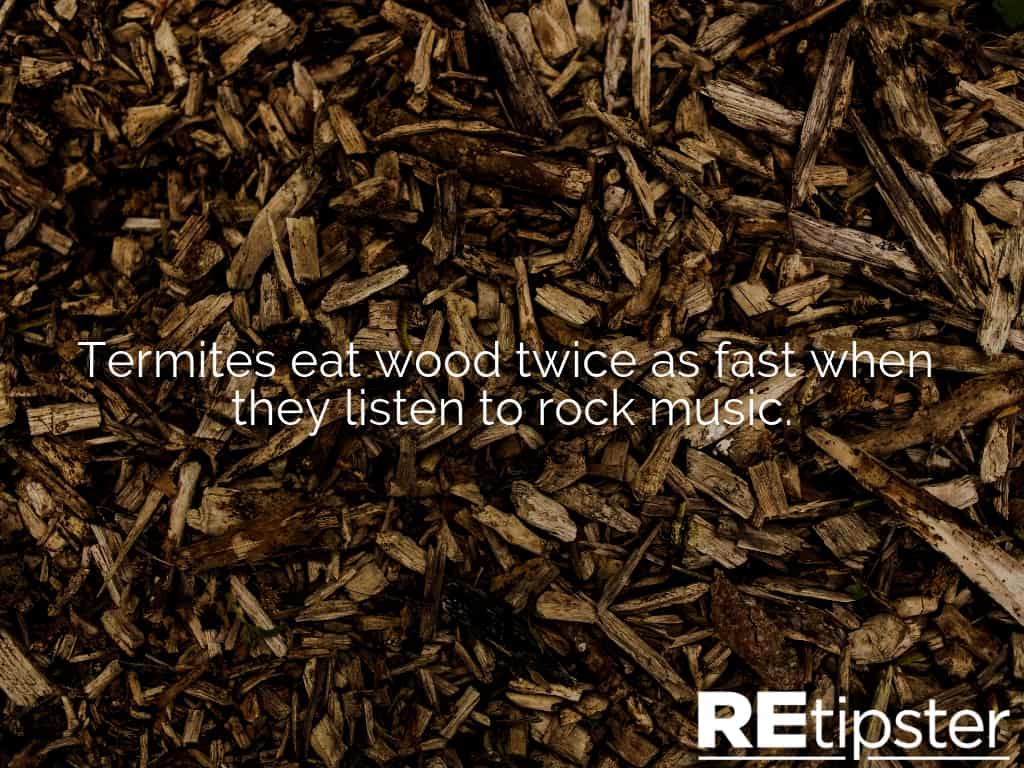 12. The highest and lowest points of the continental United States are in the same county. Mount Whitney in California stands at 14,494 feet, while the Badwater Basin, a little under 85 miles away, is 282 feet below sea level. Both are in Inyo County. 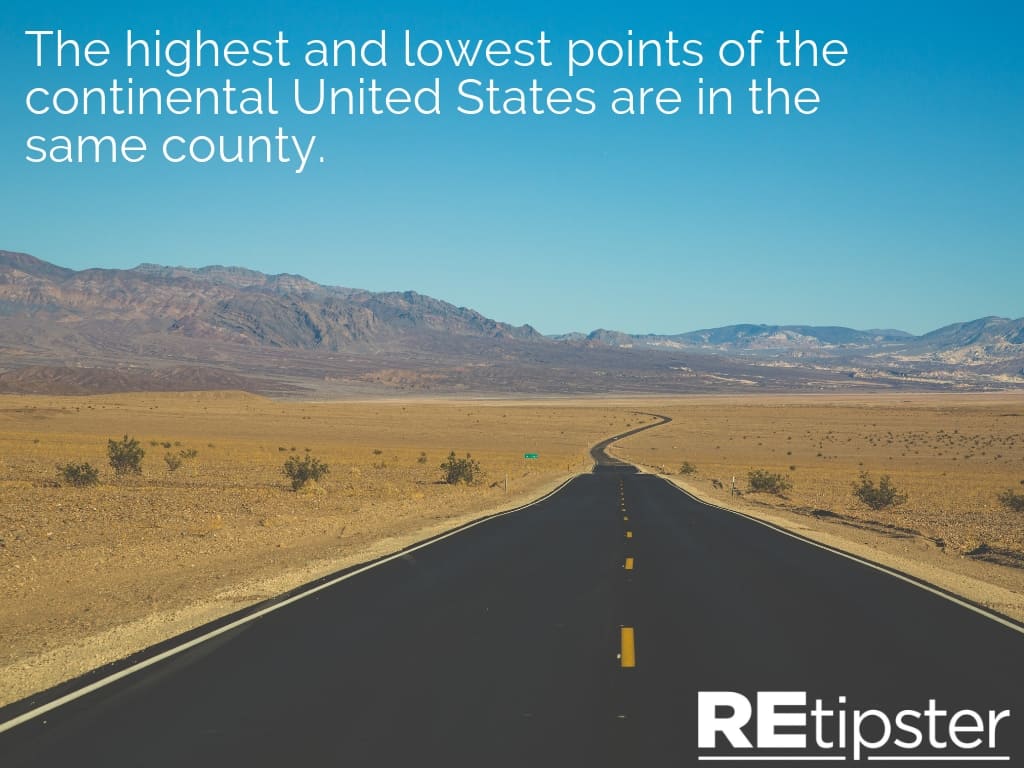 13. In Hong Kong, most toilets are flushed with seawater to conserve the city’s scarce freshwater resources. 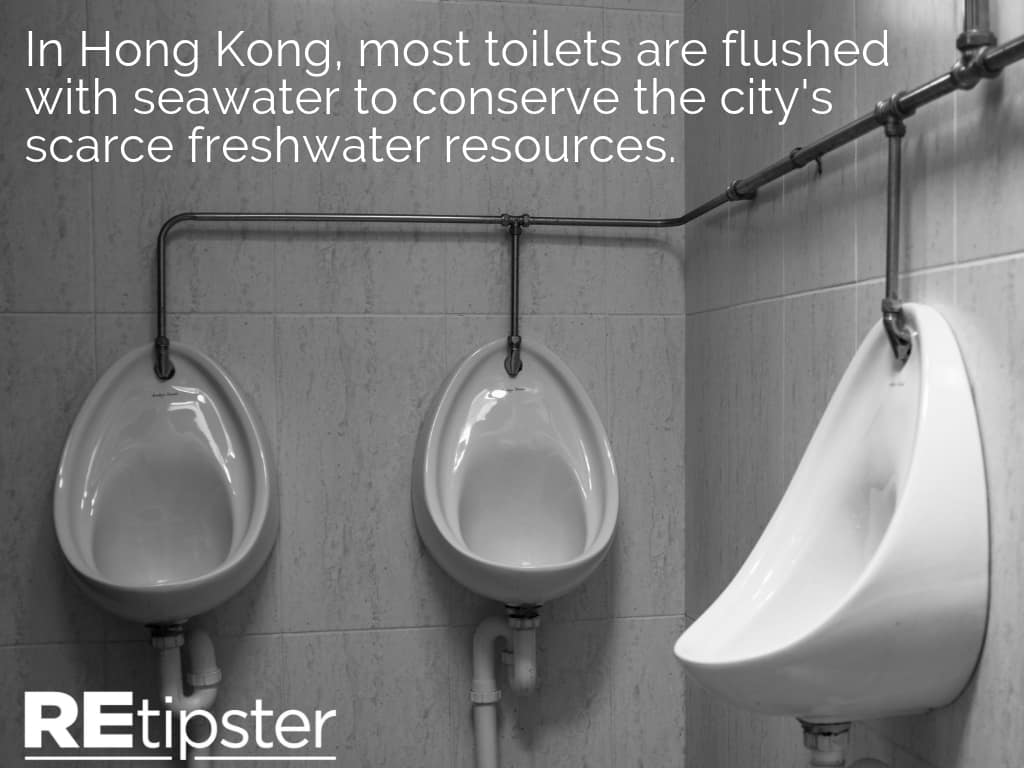 14. Scotland and Alaska both fall on the same circle of latitude, 57 degrees north of the Earth’s equator. 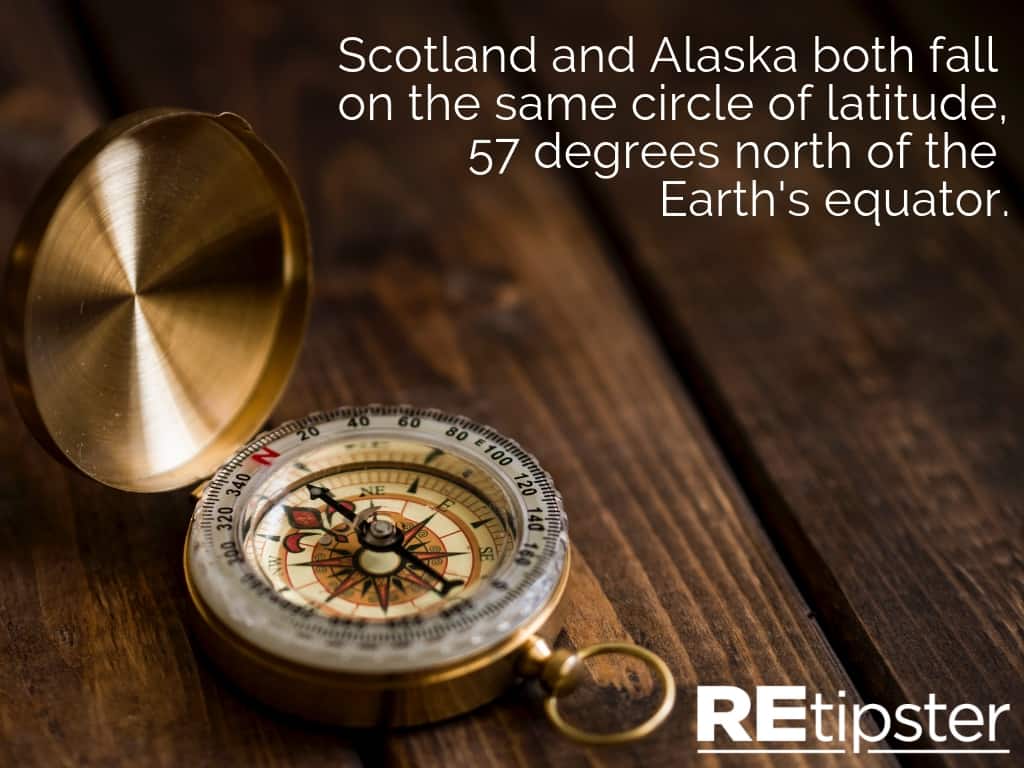 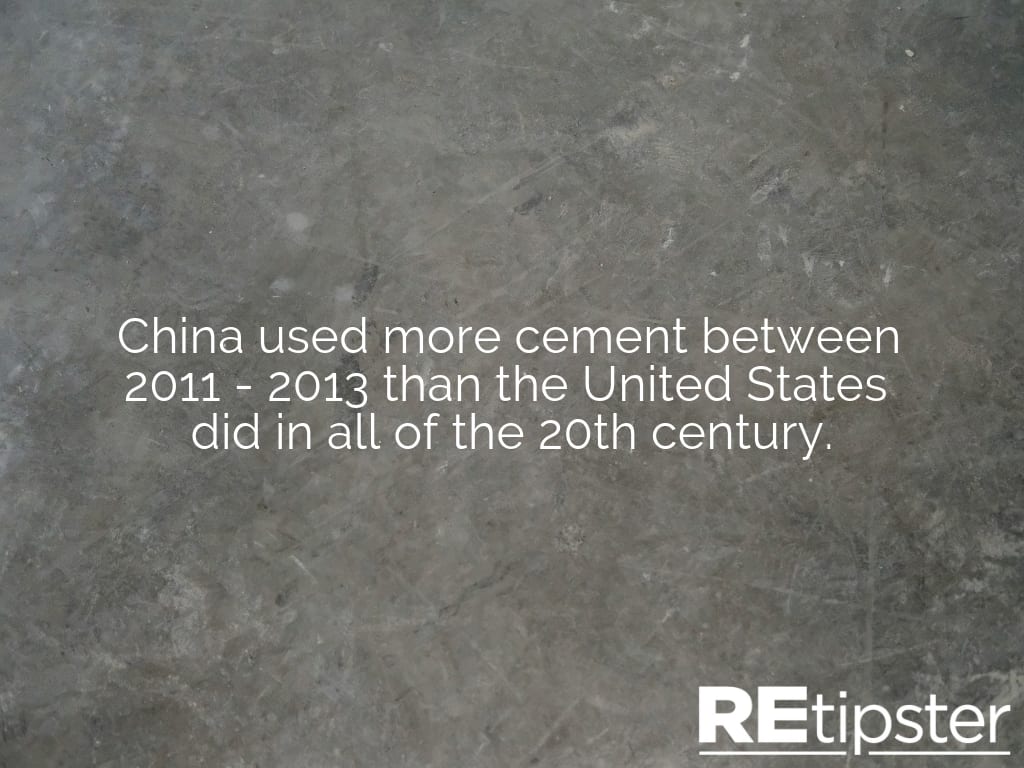 16. Are you sick and tired of your next door neighbors? You might consider moving to the Siberian Sakha Republic. This territory covers about 20% of Russia’s land mass and has a population of less than one million (less than one person per square mile). Most of the area still largely unexplored by humans. 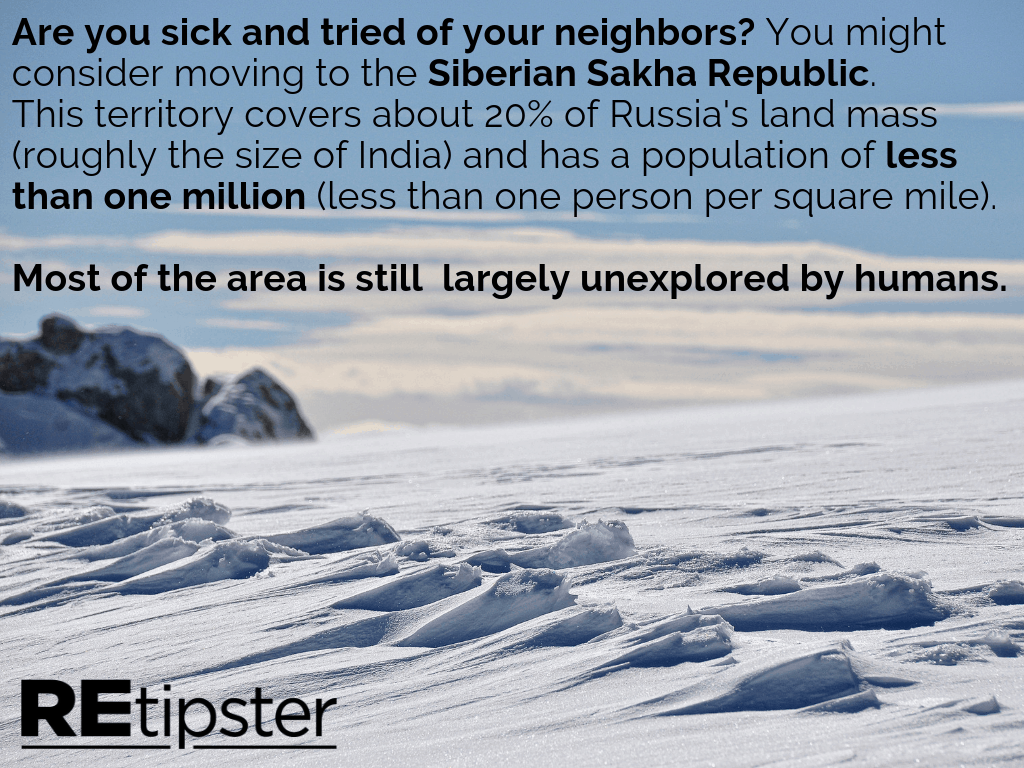 17. Did you know that the Chicago River flows backward? In 1900, engineers successfully reversed the flow of the Chicago River so that it emptied into the Mississippi River instead of Lake Michigan. The system was named a ‘Civil Engineering Monument of the Millennium’ by the American Society of Civil Engineers (ASCE). 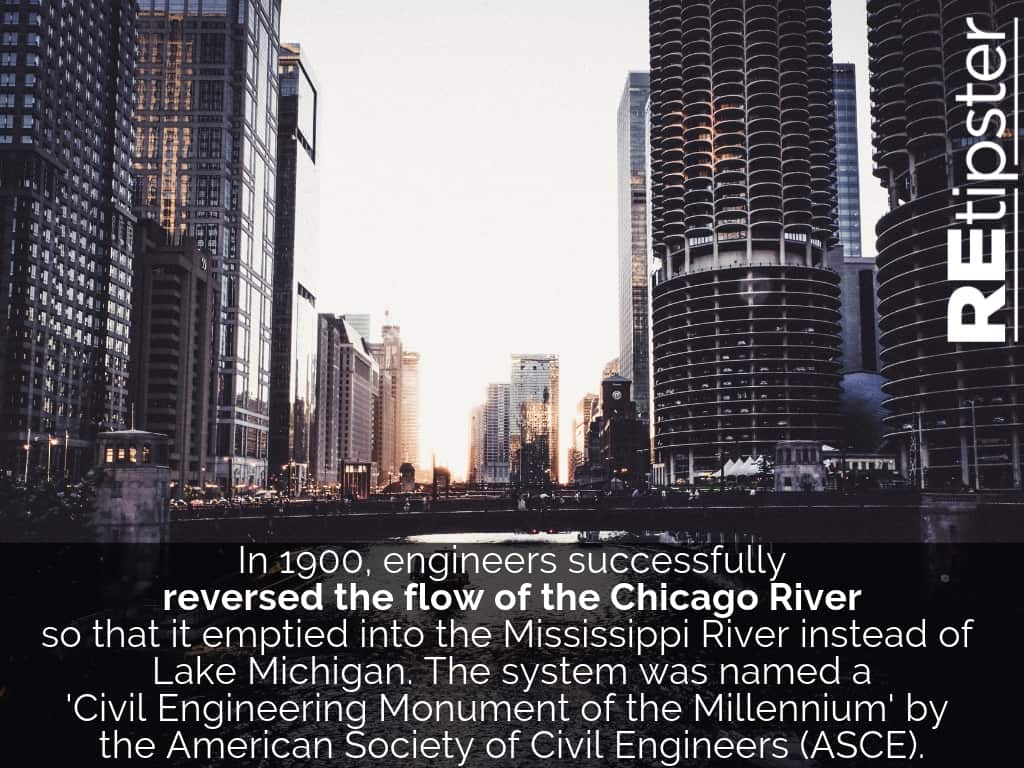 18. Egypt is building a new capital city to replace Cairo. It will feature a “smart traffic system,” a huge green space bigger than New York’s Central Park, a mega-mall and housing for 6.5 million people. An official name for the city hasn’t been picked yet. 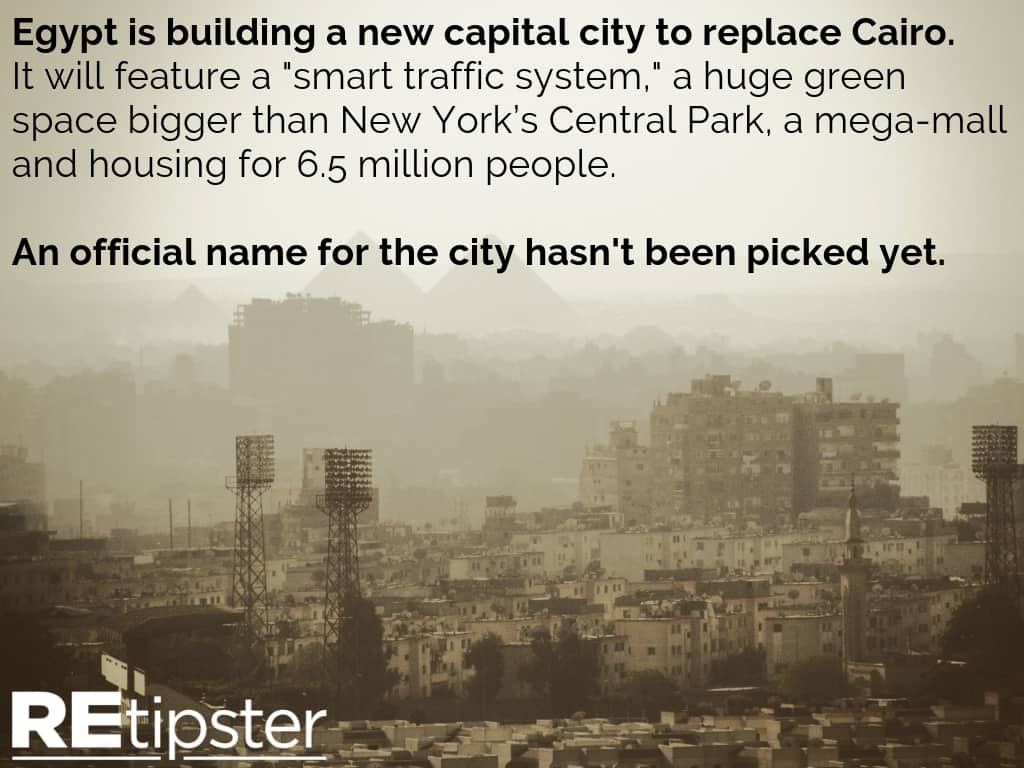 19. Prior to 1933, the infamous Alcatraz island was owned by the U.S. military and used as a minimum-security prison. Some of the inmates were even employed as babysitters for the children of officers who lived on the island. 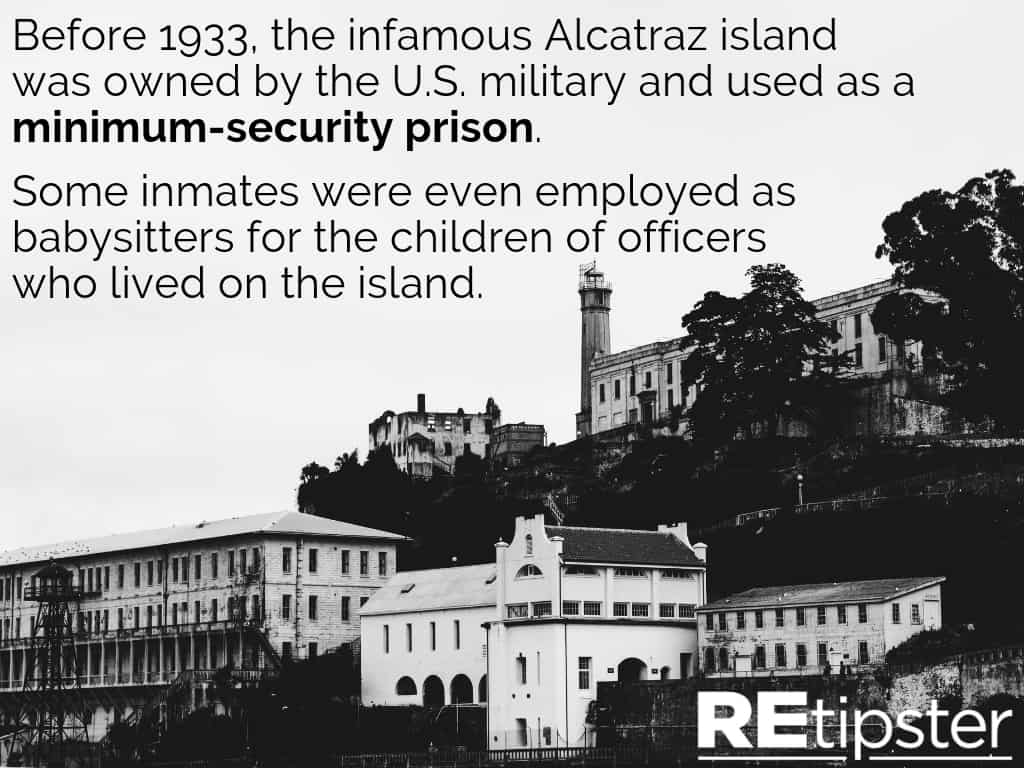 20. There’s a town in Texas called Earth. It’s the only place on Earth named “Earth”. 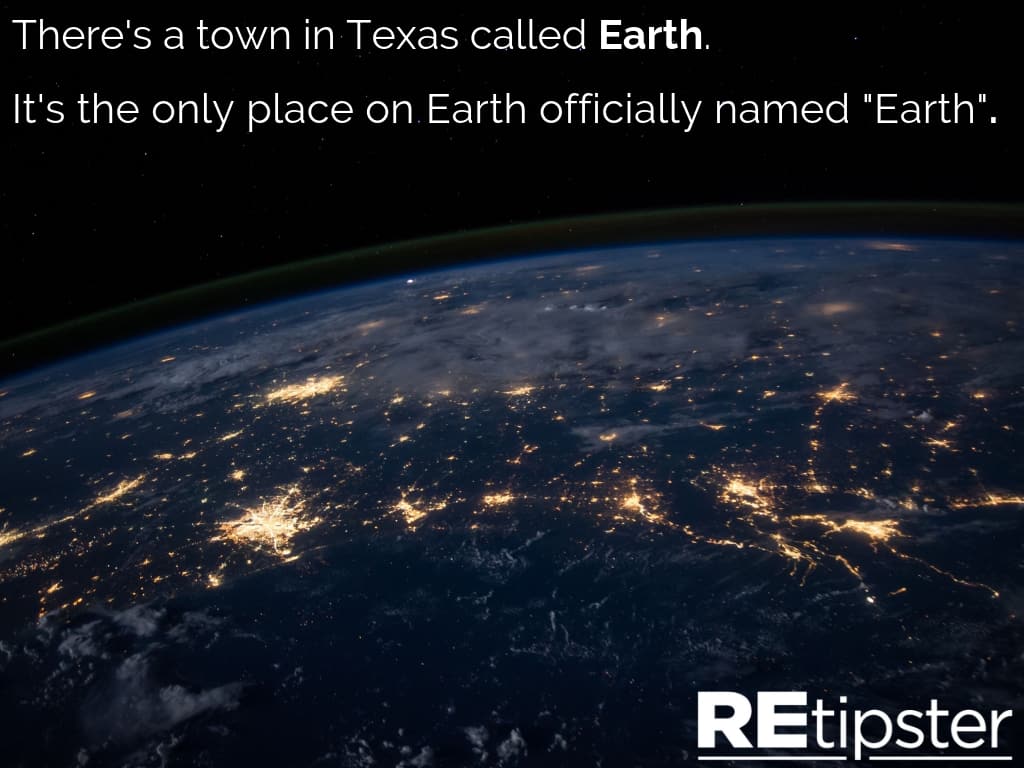 21. 30 years ago, you had about 17 minutes to escape a house fire. Today it’s down to 3-4 minutes. Why? Because newer homes and furniture burn faster, giving you less time to escape. 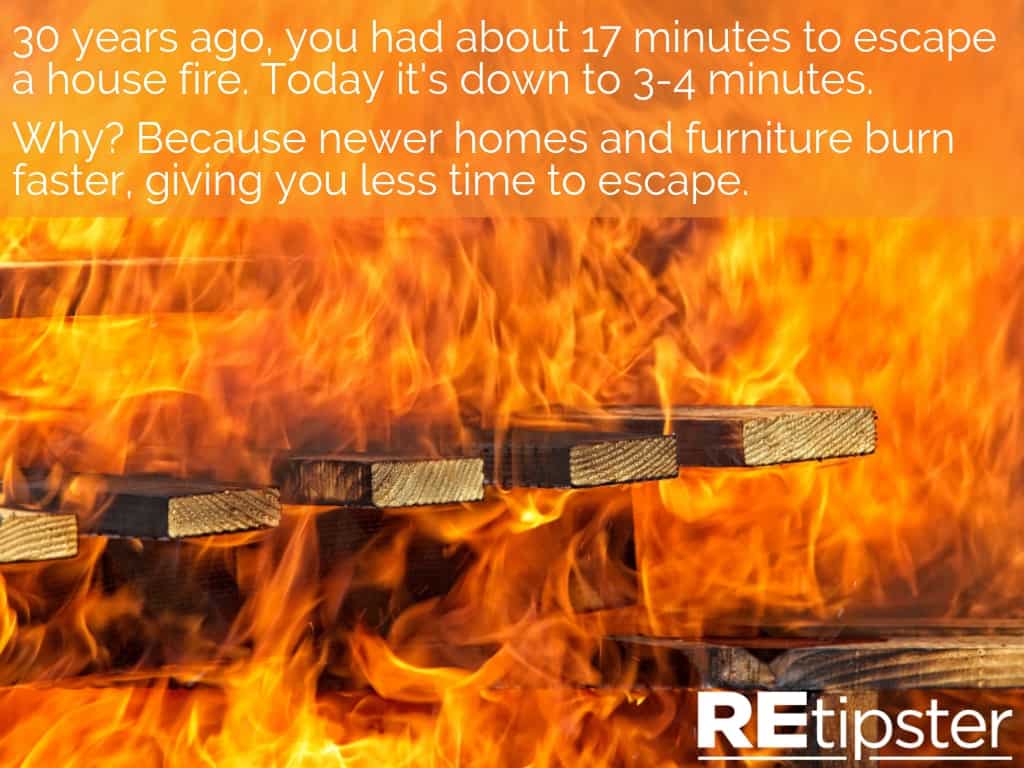 22. There’s a Castle in the Czech Republic that has had a ‘Bear Moat’ filled with actual bears for the past 300 years. 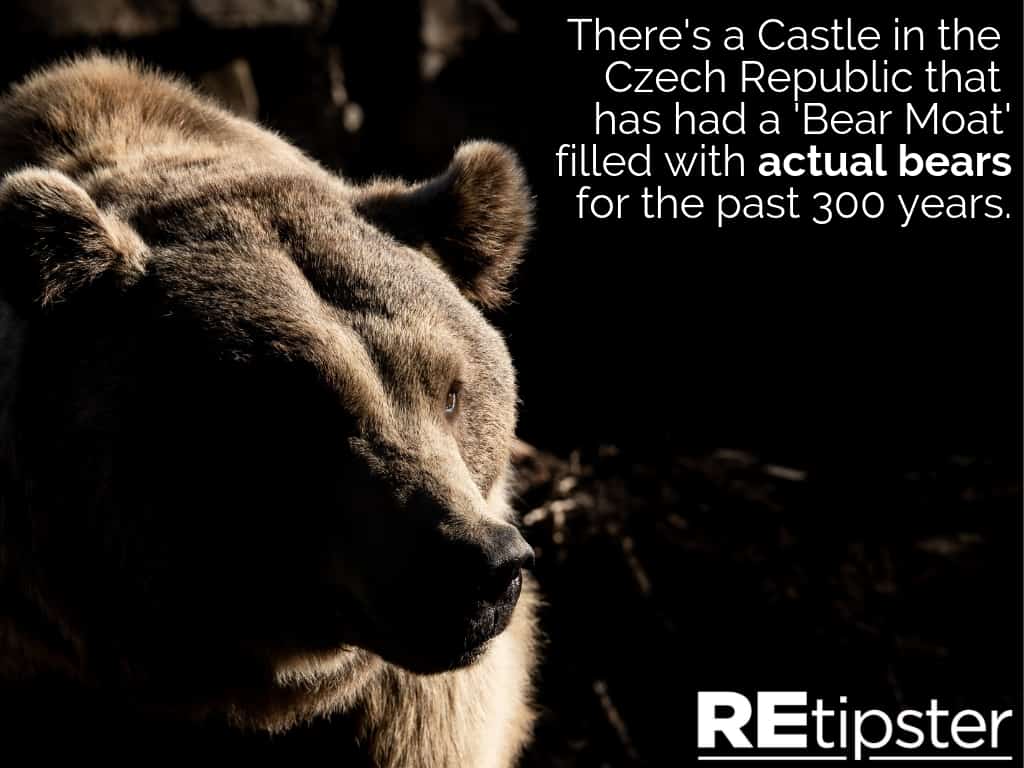 23. Iranian officials were outraged to learn that the Star of David had been built and displayed on the roof of Iran’s largest airport for over 30 years before a Google Earth satellite image revealed it. 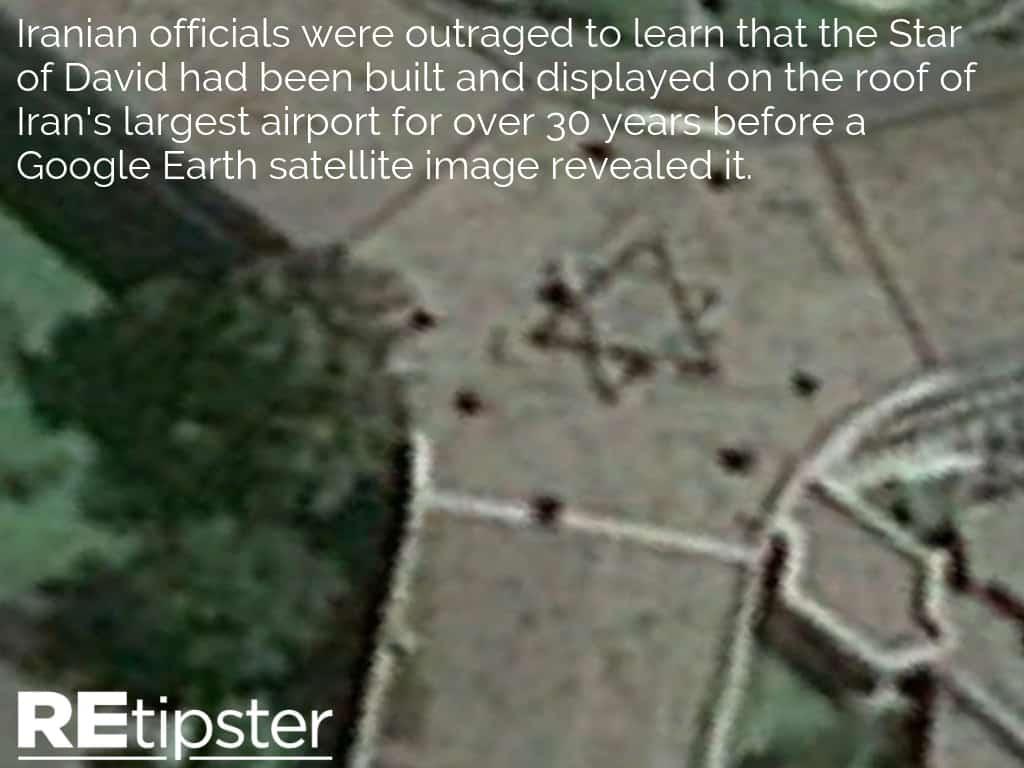 24. Edinburgh Castle is so old that by the time of the first known mention of it in ancient literature, its founding was already shrouded in myth and legend. 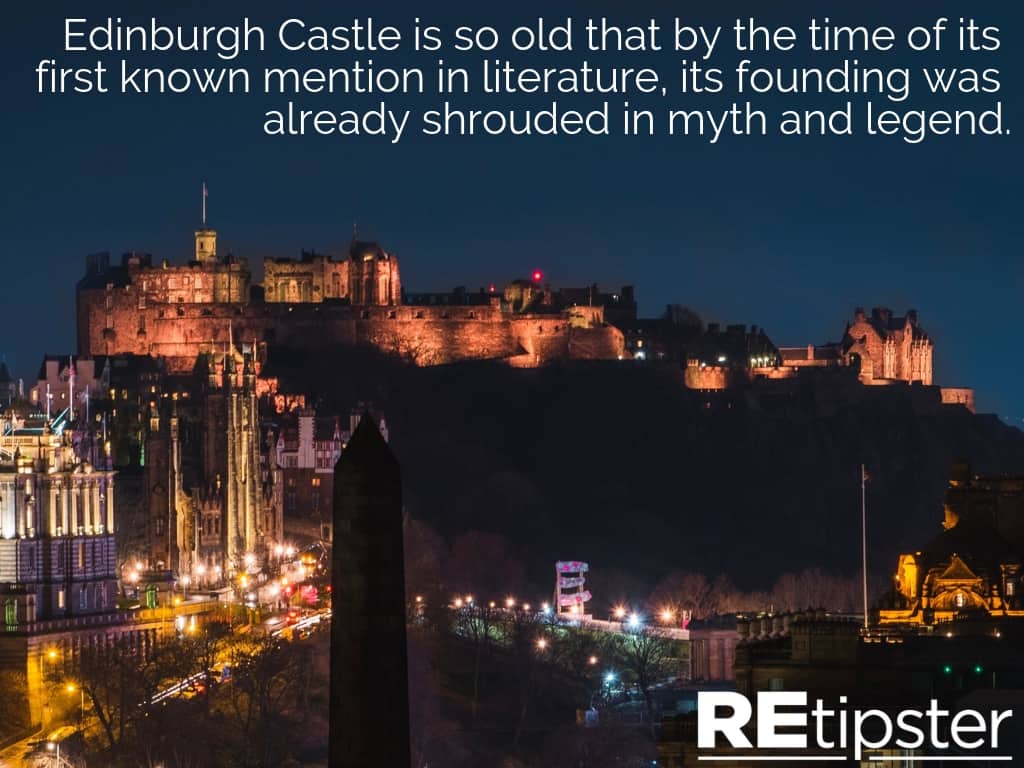 25. A million people in China live in underground nuclear bunkers constructed in the Cold War era. 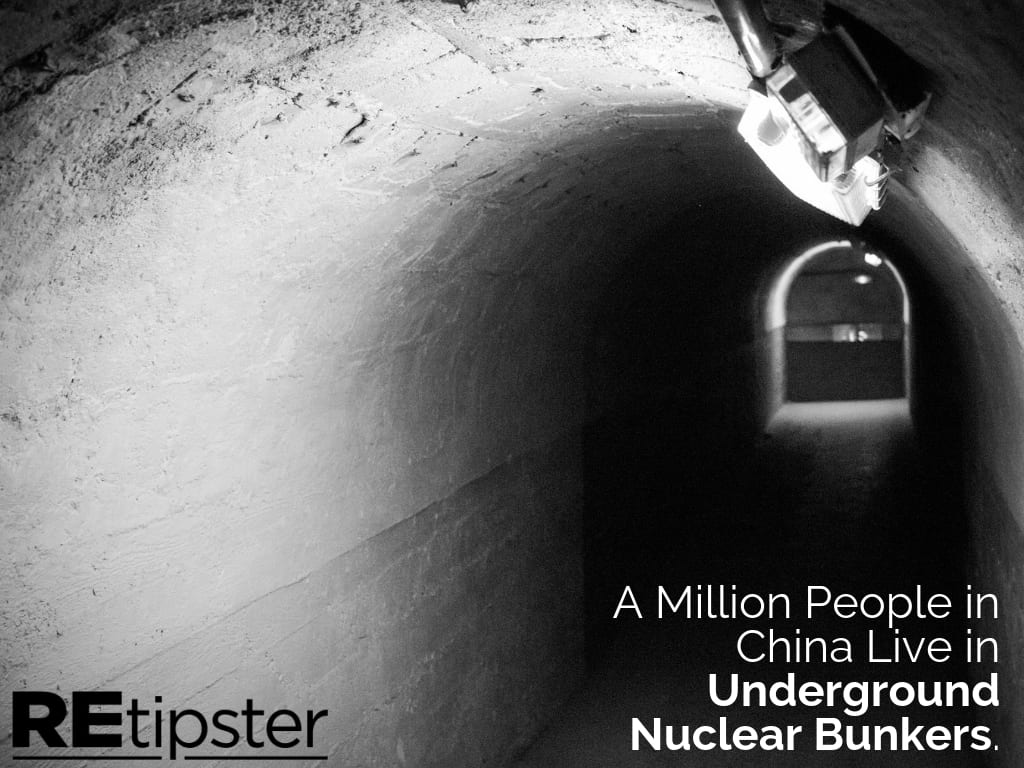 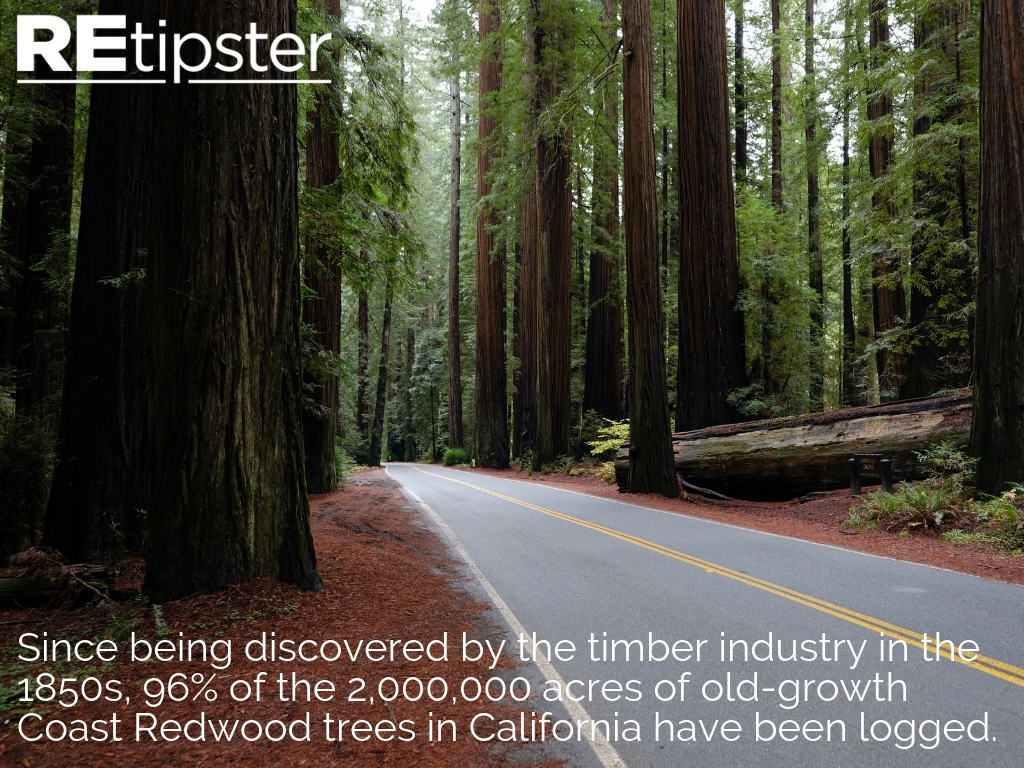 27. The first inflatable “bouncy house” was invented in 1959 by John Scurlock, the same man who invented the safety air cushions used to catch people jumping from tall buildings. 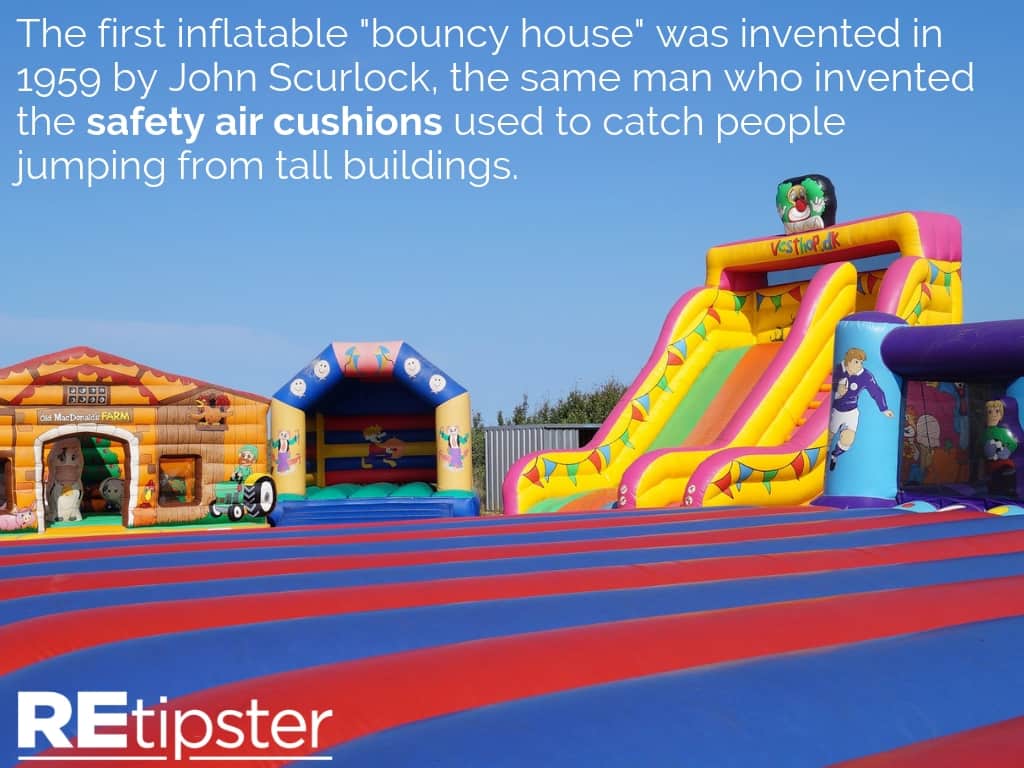 Do you know of any other crazy real estate facts? Let us know about them in the comments below!

35 Real Estate Facts That Will Blow Your Freaking Mind

30 CRAZY Real Estate Images That Will Leave You Speechless