What Is a Notice of Default?

A notice of default is a letter sent to a defaulting party as a notification that they have failed to meet their contractual obligations.

How Does a Notice of Default Work?

A notice of default is a simple document used in a variety of situations to give notice to a person (often a borrower or contractor) that they have failed to perform in accordance with their contract.

In real estate, lenders issue a notice of default in non-judicial foreclosure states when the borrower fails to pay as agreed. In other businesses, it is also sent to a contractor who has failed to perform a service they were obligated to do.

In the context of a lender and borrower relationship, the notice of default is the first step taken by the lender when a borrower has failed to make their payments as agreed. When the notice is sent to the defaulting borrower, it is also simultaneously recorded at the county recorder’s office and/or with the courts to serve as a public notice that the borrower is in default.[1] This is a common measure used by lenders in states that allow for non-judicial foreclosure.

In the context of a contractor or service professional who has agreed to perform services, the notice of default is used to notify them that they have failed to perform as agreed in their contract.

In the context of a landlord/tenant relationship, the landlord can send their tenant a notice of default to deny the occupant’s right of access if the tenant failed to pay rent or other charges[2].

The intent behind a notice of default is to ensure that the defaulting party is aware of their failure to perform and ultimately, to motivate them to take action and resolve the issue. If the defaulting party does not comply, it gives the offended party their first step toward recouping their losses through foreclosure, eviction, or other legal measures.

What Does a Notice of Default Say?

A notice of default includes the following information[3]:

There are many different templates available online that can be used, depending on the purpose of thef notice of default. Here are a few places to start:

A generic notice of default template can be referenced here: 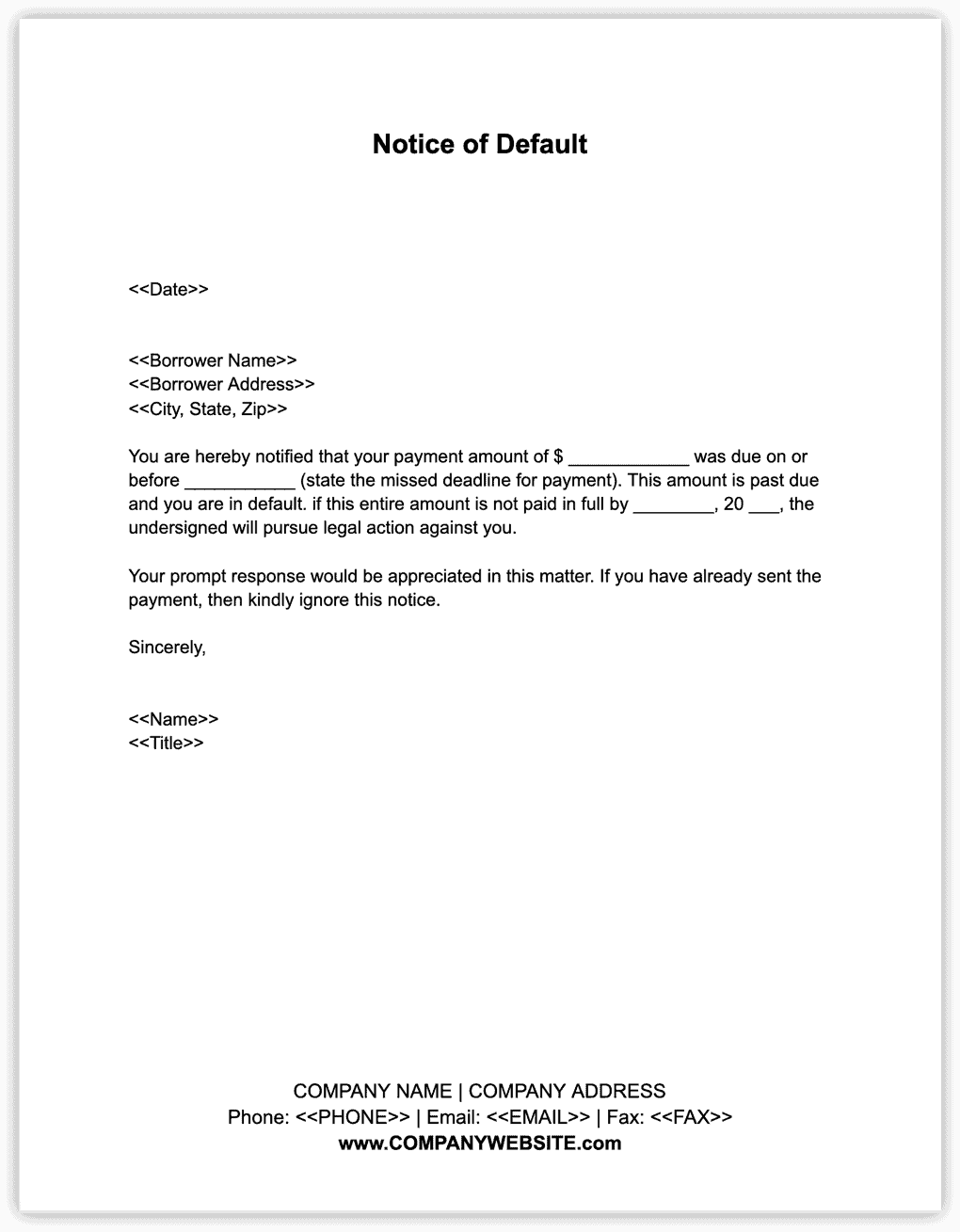