What Are Planned Unit Developments (PUD)?

A planned unit development (PUD) is a community that consists of a variety of property types. Homeowners in a PUD enjoy exclusive access to common properties and shared amenities maintained by a homeowners’ association (HOA).
Share
Tweet
Share
Pin
Email
10 Shares

What Are the Characteristics of a Planned Unit Development? 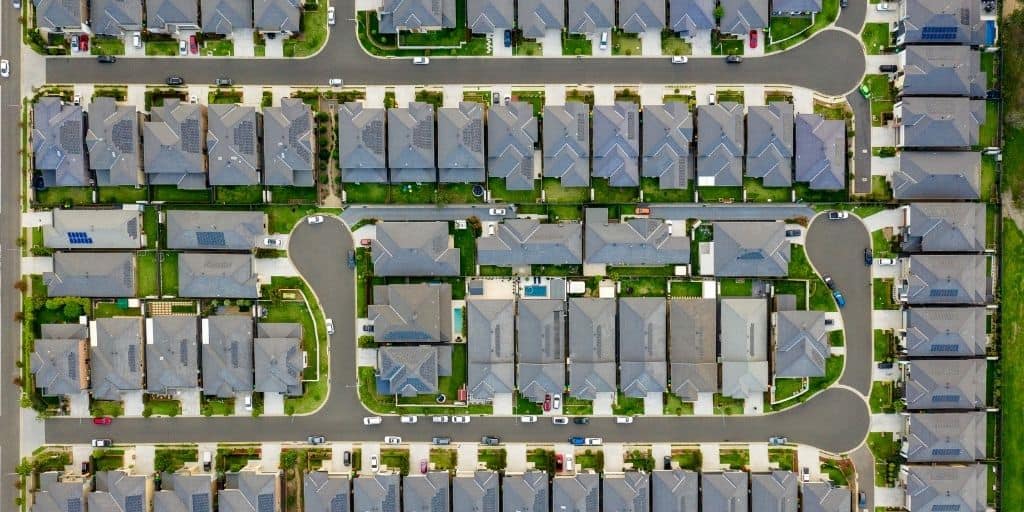 A PUD is a type of common interest development (CID), defined by its mixed-use facilities and shared spaces. In general, however, here are some of the main features that define a planned unit development[1]:

1. Membership in the HOA is mandatory for all homeowners in a PUD.

Homeowners in a PUD must pay regular HOA dues or assessments to access common spaces and shared amenities. These regular HOA fees pay for the upkeep of the PUD’s private services.

2. In a PUD, each homeowner has full ownership of the structure and the lot.

While owners living in a PUD have ownership of the property and the surrounding lot, they may still have to follow certain rules about modifying or using the property. These guidelines may include short-term rentals (such as for an Airbnb), permitted colors for exterior painting and remodeling, parking arrangements, and so on.

3. PUDs are not subject to the standard zoning process that residential properties undergo.

One can think of a PUD as a customized zoning district that provides design flexibility to accommodate mixed-use construction. Some developments that make PUDs stand out include recreation spaces and facilities, malls and shopping centers, pet-friendly facilities, and even daycare centers, schools, and office buildings[2].

PUD vs. HOA: What’s the Difference?

Some homeowners conflate PUDs and homeowners’ associations, especially since both are related to exclusivity, i.e., the shared access to exclusive features of a community. However, note that a PUD is more akin to an ownership type, while an HOA is an organization in a community.

In short, PUDs often employ an HOA, where membership is mandatory, but not all HOAs operate in a PUD[3].

In addition, homeowners in a PUD own the both the house and the lot it is standing on and may use the lot as they wish, provided that they abide by some rules and maintain certain standards[4]. By contrast, an HOA effectively “owns” the shared facilities, as evidenced by the fees levied by the HOA to access these services.

Most HOAs permit mixed-use development, including retail spaces, for PUDs, although the majority of the properties should be residential.

What Are the Pros and Cons of Living in a PUD? 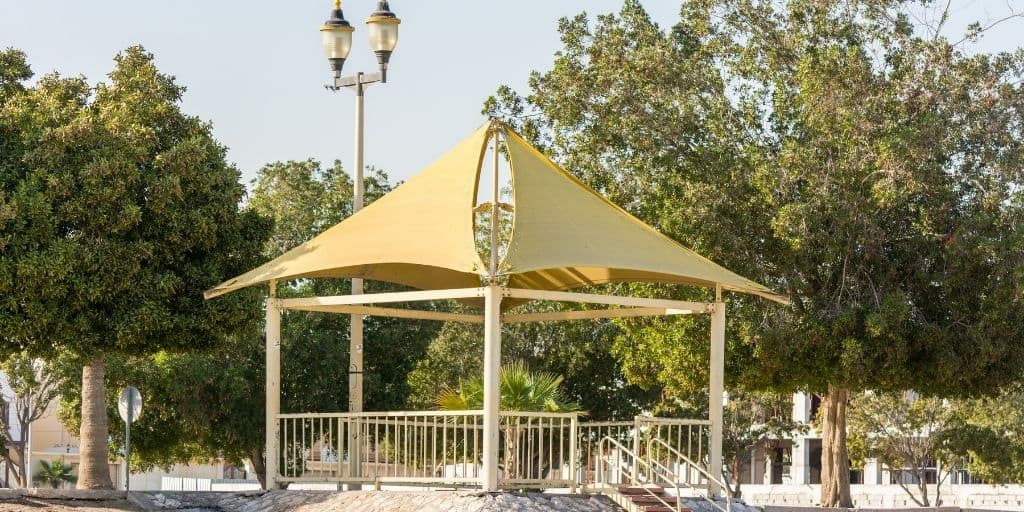 Planned unit developments draw an influx of residents —families and individuals alike—because of the convenience that a dynamic and diverse neighborhood brings[6]. However, like any type of community, a PUD has its advantages and disadvantages.

Pros of a PUD

Homeowners living in a PUD typically have all the basic goods and services they need within a short distance. The abundance of biking and hiking paths, wide roads, broad sidewalks, and walking trails make it convenient for homeowners to get around.

Since the HOA is on top of maintaining all common areas in a PUD, residents will not have to worry about landscaping, snow removal, yard maintenance, and other services to ensure that all shared spaces remain visually appealing and safe.

The housing types that a PUD can accommodate also entice new businesses and other supporting facilities like hospitals, places of worship, and retirement homes. These facilities make the PUD more vibrant and create new job opportunities.

Cons of a PUD

One of the PUD’s biggest drawbacks is the regular fee that residents pay to maintain shared spaces, even if they don’t intend to use them. Expenses for upgrades or projects in the future may also be included in such fees. Non-compliance may result in fines.

A planned unit development is also not ideal for homeowners who seek a quiet, private home. PUDs are designed to be multi-use neighborhoods where homes and other properties are located much closer to each other than a traditional suburban neighborhood[7].

While residents in a PUD own the property and the land, they do not have full autonomy over the use of their homes. They still have to abide by certain rules and guidelines enforced by the HOA, which vary from one PUD to another. These regulations may involve limitations on home additions and exterior remodeling, parking restrictions, pet ownership, and use of public spaces.

What to Consider Before Investing In a PUD?

PUDs appeal to homeowners looking for the convenience of being near diverse spaces and a higher standard of living. A typical PUD homeowner enjoys greater convenience because of their exclusive access to services not usually found in traditional communities.

As a result, budget is a primary consideration, especially since HOA fees in a PUD can be hefty. Applying for a loan to finance a property in a PUD is also more complex than a traditional mortgage. Lenders may use different standards and requirements for applicants. However, a fair bit of their assessment also involves the PUD itself, such as timeliness when collecting dues, a punitive record for non-compliance, insurance coverage, and adequate cash flow[8].

For investors and developers, investing in a PUD entails a long and complicated process. It takes experienced developers to deal with longer planning periods, fulfilling requirements to obtain permits, and getting approval from local authorities[9].

In any case, any buyer, whether homeowners or investors, must review all documents related to the PUD purchase like covenants, declarations, and restrictions. Doing so can determine the legitimacy of the PUD and if the membership in the HOA is mandatory and non-severable[10].

Why Would a Developer Develop a Property as a PUD? 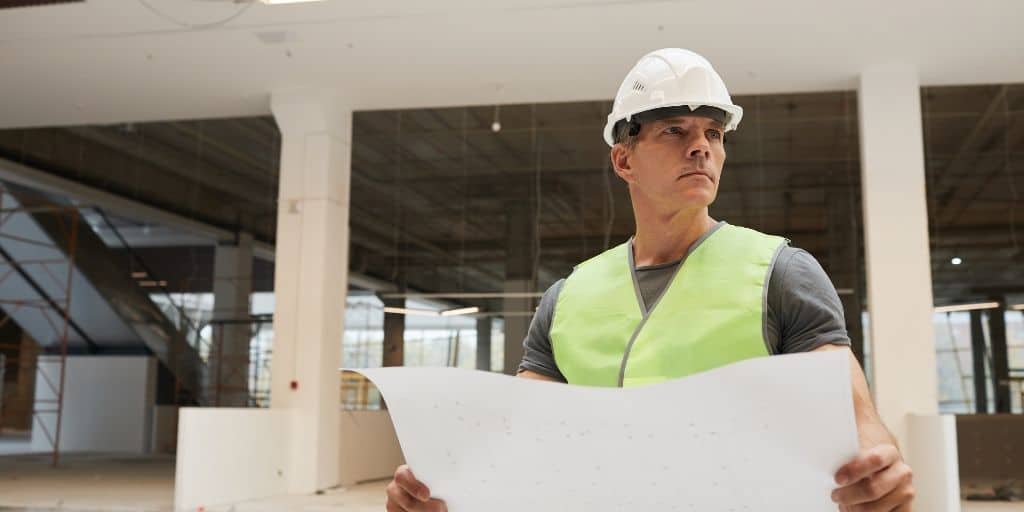 Even though residents pay for many of a PUD’s amenities through HOA dues or additional taxes, it still appears as though this type of development is expensive to plan and implement, making one wonder why a developer would even pursue such an endeavor.

When a developer develops a property as a PUD, they get to essentially wipe the slate clean and start over with a new set of rules that they ultimately have a significant hand in creating. A developer will use a PUD as a development tool because it adds certainty, maintain quality, and contributes long-term value to their investment.

Specifically, a PUD will replace the existing zoning code for that piece of property. This change means creating all new development standards, including building heights, building setbacks, residential density (the number of residential units per acre), architectural standards, street design, and more.

If a developer can get more residential units on the same piece of property, more commercial square footage on a piece of property, more allowable land uses, or even fewer allowable land uses, the developer may derive more income as a result. If they can control the type and quality of development within the PUD area into the future in perpetuity, they also maintain the long-term value of their investment.

In many cases, a PUD is not built out all at once. It is built in phases and sold to other end-users, such as doctors for a medical office building or a vacant commercial pad for a childcare center. If the early phases of the development are successful at maintaining a certain level of quality through buildout, the value of those properties will at least be maintained and, in many cases, they will increase.

Why Would a City Support a Developer’s PUD Proposal?

When a developer proposes a PUD, they will almost always provide some sort of community benefit in association with the development of the property that the city could not otherwise afford. The city will at least find it in their best interests not to pay for it themselves, especially if they can have the developer do it instead.

In exchange for the construction of these benefits, the developer is granted flexibility in terms of the required development standards. This results in increased residential density and/or increased commercial floor area beyond what would otherwise be allowed.

Planned unit developments (PUDs) are mixed-use, common interest neighborhoods where homeowners can use and access shared spaces. A homeowners’ association—membership in which is mandatory in a PUD—maintains these shared spaces. A mixed-use development in a PUD allows the existence of retail, cultural, and social facilities in a PUD, but the bulk of the properties must still be residential.

PUDs are not subject to standard zoning processes that residential properties undergo and allow for more flexibility to accommodate different property types. However, all homeowners in a PUD must be a member of the HOA and thus must pay HOA-appropriate fees for the access to and maintenance of these shared spaces.

For developers, a PUD adds long-term value to their investments, and “resets” the zoning code for a tract of land they will develop. Ultimately, this is a measure of control on the developer’s part, as they can dictate how the land can be used to maximize their income.