Case Study: How One Couple Retired by 30, While Traveling the World 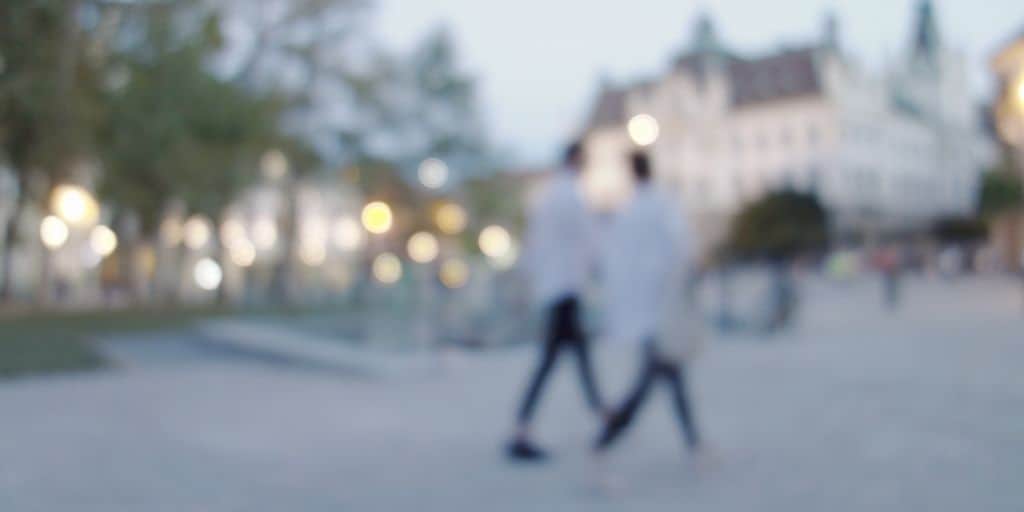 In Paolo Coelho’s classic The Alchemist, the protagonist learns that when someone pursues their Personal Legend, all the universe conspires to help them achieve it.

If there’s ever a couple who have pursued – and realized – their Personal Legend, it’s Ashley and Kevin Thompson.

I first met the Thompsons in a “Mustachian” Facebook group. If you’re not familiar with Mr. Money Mustache, suffice it to say that he’s all about living a fulfilled life on a lean budget, and reaching financial independence young so you can lead an even more fulfilled life with your family.

Which is exactly what the Thompsons have done.

The Thompsons retired from their traditional careers and now invest in real estate. When they feel like it.

Their story remains one of my favorites because it demonstrates so clearly how real estate can create financial independence all while living life on your own terms and traveling the world.

From Ohio to Japan

“Since I was 12 years old, it was always my dream to teach abroad. After graduating from my university, I accepted a position to teach English in Japan and Kevin quit his job to join me for the adventure.”

Kevin, a few years older, had been working for a civil engineering firm. He made a solid salary, living the typical middle-class life in Ohio.

In other words, his life probably looked a lot like yours. And he gave it up to go on a search for something more, without knowing exactly what he would find.

Talk about a leap of faith!

Upon reaching Japan, Kevin didn't have a cushy full-time job waiting for him. He picked up part-time work in the evenings at a school and did some tutoring on the side.

The amazing part? They lived entirely off of Kevin’s odd jobs. Every penny of Ashley’s full-time salary went to savings.

“We took some extreme measures to save as much as possible in order to reach our outrageous financial independence goals. Our evenings and weekends were spent working side jobs and studying investments and real estate.”

Ashley and Kevin lived this way for four years. They shared one car, watched every penny they spent. They even shared one cell phone.

Still, they got to travel and see much of Asia, and have visited dozens of countries. This isn’t a tale of hardship, but rather one of discipline.

And it paid off. Upon returning to the US, the Thompsons had accumulated a nice savings account, and as much second-hand real estate investing knowledge as they could.

It was time to take theory and convert it to first-hand experience.

They used their cache of cash to put down payments on five modest single-family rental properties. 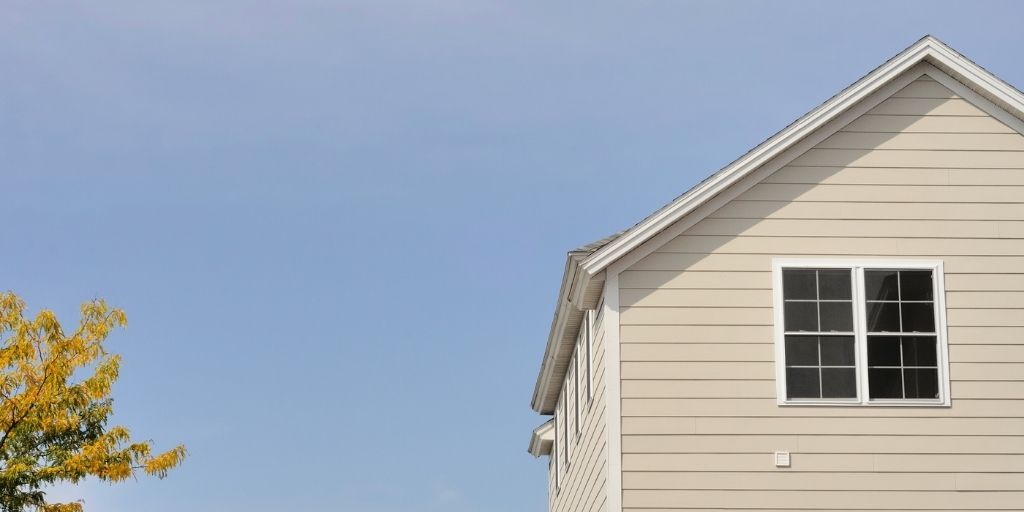 Then Ashley took another teaching job, this time in Korea. Kevin stuck around northeastern Ohio to oversee their small but burgeoning rental portfolio, and build a network of support personnel like contractors.

And, of course, expand their empire!

But Ashley notes that the separation didn’t last long.

“Once we had a good team in place, Kevin began traveling back and forth, spending months at a time with me in Korea or on travel adventures around Asia.”

Surely this isn’t a fairy tale? No one skips off happily ever after into the sunset, right?

When I asked Ashley about their hiccups along the way, she admitted they’d had their fair share.

“We had a situation where a tenant was late paying rent and disappeared altogether. They skipped from the property without informing us.”

Which is more expensive than landlords think until they’re facing a $3,000 shortfall in unpaid rent and their property is strewn with garbage and abandoned furniture.

“We’ve also had one eviction to date. It was difficult, and the tenants trashed the home.”

Evictions and turnovers are profit-killers for landlords. I come back to this again and again, with our students and readers, because eliminating evictions and reducing turnovers are the two most effective ways to boost long-term returns on rentals.

What else went awry?

“At one point we miscalculated the rehab costs for one of the properties that turned out to have a lot more structural damage behind the drywall than we had anticipated. We ended up having to spend about $10,000 more than expected, but the house currently appraises for twice what we have invested into it, and we have a pending offer to purchase the property from us.”

Sometimes you get lucky in life. But luck is a fickle mistress, so budget for the unexpected!

Closing in on Financial Independence

During the two years Ashley spent teaching in Korea, the Thompsons continued saving aggressively, albeit not in the ascetic way they had in Japan.

Kevin flew back and forth several times, spending months at a time in either Asia with Ashley or expanding their rental business in Ohio. 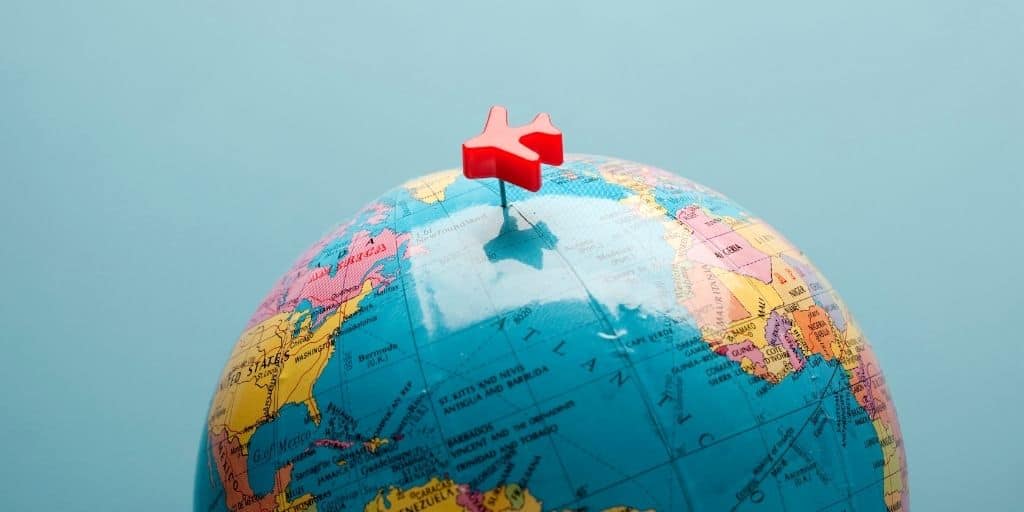 And expand they did. Over those two years, Kevin bought three more rental properties and completed their first flip (at a 66% return on investment, no less).

By the time Ashley completed her two-year contract in Korea and moved back home, they had $3,300/month rental income from their eight properties.

Ashley took one last teaching position in China, with the intention to “retire” after two years there. She started this past fall but decided to terminate her contract when the semester ends for winter break. The pollution in her town in China, both in the air and water, was simply too unhealthy to justify the extra money and the fun she had living there.

What Comes Next for the Thompsons?

Kevin and Ashley now own 13 properties: ten rented, three under renovation. They earn enough income to live for the rest of their lives, in the frugal lifestyle they’ve embraced. But they’re not finished adding to their portfolio quite yet.

“We project having 17 or 18 properties in possession by the end of 2018, which will result in a six-figure income, that we can realistically work five to ten hours a week to sustain.”

And their lifestyle goals?

“We would like to travel around the world and live seasonally in locations such as Thailand in the winters, as Ohio is very cold and snowy. We will have the option to work or not work, to travel and volunteer without negatively impacting our financial situation.”

When Ashley arrives home this holiday season, she’ll take some time to relax, and she and Kevin will work on their rental business at their leisure. And then?

“Our goal is having the time and the means to volunteer or take meaningful positions helping less fortunate children abroad.”

Whether you think you’ve heard a similar sentiment before from a preening Hollywood starlet, consider that Ashley has spent her entire career educating children in Asia. She’s not trying to make a statement, she’s simply following her Personal Legend.

The Thompsons’ Advice to You

It’s impossible to hear the Thompsons’ story and not feel the tug of travel and financial independence on your heartstrings. So, I asked them about their advice for others, looking to follow suit.

“Reading and taking courses is great but meaningless without taking action.”

It’s a concept I myself return to frequently – the yin and yang of knowledge and action.

Ashley also emphasized the importance of a good team. Even if you invest solo, you still need an excellent supporting cast of characters.

“Find partners who compliment your strengths and weaknesses. Create a trusted and skilled team that will help you realize your goals as a real estate investor.”

As you grow your portfolio, it will become less and less trivial to manage it on your own. If you want to travel frequently like the Thompsons, plan on hiring a property manager at a certain point.

This means including property management costs in your expenses forecasting and cash flow calculations!

RELATED: What is a Pro Forma?

When it comes to financing, Ashley touched on some familiar themes.

“Having a good credit score and history really helps. Starting with strong cash reserves for down payments, rehabs and emergencies can really make a difference.”

To wrap up our interview, Ashley shared a summary of her and Kevin’s experience with real estate investing.

“Working towards financial independence has allowed us to provide housing and jobs in our neighborhood while helping to improve real estate values. Financial independence also gives us the time and resources to volunteer and take meaningful positions without negatively affecting our finances. Being successful not only benefits you but can benefit family, friends, and the community around you.”

Meaning, money, travel, freedom. What else could anyone ask for?

022: Why Early Retirement Is More Achievable Than You Think w/ Chad Carson

083: “If Only I Had Known!” – What Every Rookie Land Investor Ought to Know