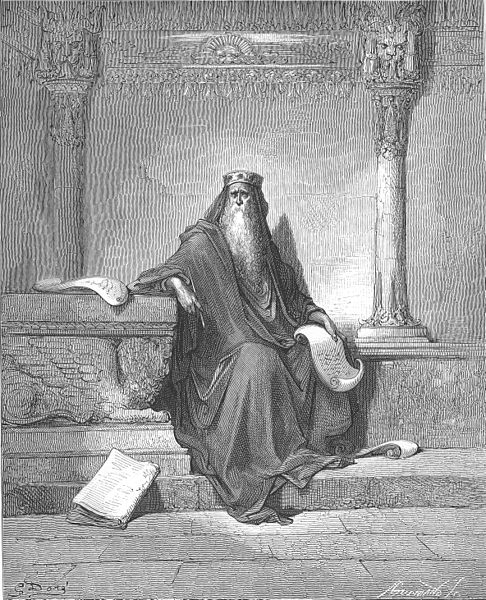 I was recently reminded of an important lesson, courtesy of a really old guy.

Perhaps you've heard of him?

King Solomon is a well-known and widely respected historical figure. This guy wasn't just a storybook character you heard about in Sunday School; he was a real person who had a major influence on the world when he was the King of Israel from 970 – 931 B.C.

Back in his heyday, King Solomon stood at the helm of the most prosperous nation on earth. He was a highly sought-after leader that other nations looked up to. He also wrote several books that were both theologically and historically significant. There are common phrases we still say today because this guy wrote them 3,000 years ago.

According to some sources, Solomon was the richest man who ever lived. When adjusted for inflation, he was one of the world’s only Trillionaires (II Chronicles 9:13-28). Through some very fortunate events and wise decisions, this guy was loaded.

And Solomon wasn’t just a rich guy; he was also known throughout the world for being an extraordinarily wise person. His wisdom was so deep that rulers and leaders of other nations would travel across the world just to hear what he had to say (I Kings 10:1-13). People hung on every word he said because his mind worked on a different level than anyone else.

Check out Proverbs or Ecclesiastes, and you’ll see what I’m talking about.

A friend recently pointed out something King Solomon had written in Ecclesiastes. After reading it, I have to admit, it seemed like very relevant advice for entrepreneurs and investors, so I wanted to share it with you too.

Send your grain across the seas,
and in time, profits will flow back to you.
But divide your investments among many places,
for you do not know what risks might lie ahead.

When clouds are heavy, the rains come down.

Whether a tree falls north or south, it stays where it falls.

Farmers who wait for perfect weather never plant.
If they watch every cloud, they never harvest.

Plant your seed in the morning and keep busy all afternoon, for you don’t know if profit will come from one activity or another—or maybe both.

Do you see what he's saying here?

As I read these words, two key messages stand out to me:

1. Don't wait too long to get started.

2. Don't put all your eggs in one basket. Diversify instead.

Have you ever heard someone RAVING about one business opportunity like it's the ONLY thing a sensible person should ever pursue?

“Real estate is the best way to make money!”

“Invest in THIS mutual fund and you'll retire rich!”

“Get that degree! Work for that promotion! Move up the ladder and you'll make more money!”

I'm not saying any of these statements are particularly wrong; I just don't think they tell the whole story.

What does it mean to have a well-diversified investment strategy? 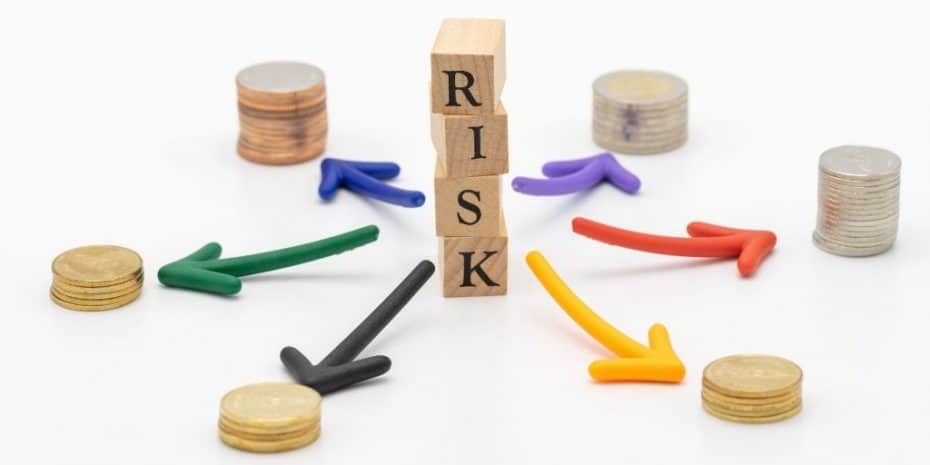 Not JUST a Roth IRA.

Not JUST a business venture…

…but all of the above.

For me, the first step was to develop my expertise in one area (e.g. – for most people, this ends up being their day job).

I knew that whether I loved or hated my job was only somewhat irrelevant because if I played my cards right, this career wouldn't be a lifelong appointment. I saw my job as a springboard that would propel me on to bigger and better things. This source of income was a solid first step, but it was never meant to be the final destination.

I knew my job could disappear in the blink of an eye – and it was ANYTHING but secure.

I've seen good, talented, valuable people get fired and laid off with no warning (even people who worked in unionized shops and felt like they were safe), for reasons that were no fault of their own. If I wanted to avoid getting caught in the same vulnerable position someday, I knew I had to create OTHER sources of income that weren't reliant on my employer… and I had to do it ASAP.

What really mattered was that I used this profession as the first critical step towards building other sources of income, things that didn't rely on each other and weren't tied to the same fate.

Once my full-time career was firmly established, the second step was to develop my expertise in another area. And this time, I had the luxury of choosing something I loved.

In my case, I found land investing, and I loved it because it was simple, easy to understand, involved very little risk, had very low competition and came with massive money-making potential.

This video explains how my story progressed…

What I love about this diversification model is that I don't have to depend on any ONE source of income to live a life I enjoy.

Being a slave to one source of income is never an ideal scenario – but for most of us, that's exactly the kind of situation we've created for ourselves.

I don't care what your source of income is, how large it is, or how “stable” it seems… when a person is relying 100% on one paycheck, it creates a mentality of dependence. If that income stream ever disappears, they're in serious trouble.

I think it's really fun to make money – but there are few things I despise more than one source of income I can't live without. It's scary to realize you're just one paycheck away from a financial disaster.

Even if you have a great job and make a lot of money from it, what if you were suddenly forced to leave that career forever? It can happen to anyone, and most of us never see it coming.

I see nothing wrong with a long-term plan of staying employed in an 8 – 5 job. If that's what you love, why not keep doing it?!

What I do have a problem with is failing to diversify your sources of income. That's why I've worked so hard to build SEVERAL sources of income into my life, so if one of them ever disappears (either unexpectedly or because I've intentionally decided to pull the plug), that's okay! I've created a financial system that allows me to jump ship at a moment's notice, and life doesn't end because I have several other “bosses” who will keep paying me all the same.

Be Prepared for Anything

The fact is that none of us can predict our future with pinpoint accuracy. As much as we'd all love to think we're the master of our destiny, it's impossible to know when opportunities will begin or end.

Working in the banking industry (one that has historically been very safe and secure), I saw thousands of painful examples of this in the economic crisis from 2008 – 2011 and beyond. I knew dozens of highly experienced bankers who were good at their jobs, but they lost their jobs anyway. They didn't deserve what happened to them, but when things got tough, their fate was sealed, and none of them saw the storm coming.

Regardless of what the world and economy look like today, we'll see more of these storms in the years ahead. When the storms of life come, will your house be built on a solid foundation?

20 Books That Changed My Life