Macroeconomics is a study of how national, regional, and global economies behave as a whole. It can be described as the overall combined effect of microeconomics, or the study of individual decisions in response to the economy.

Why Is Macroeconomics Important? 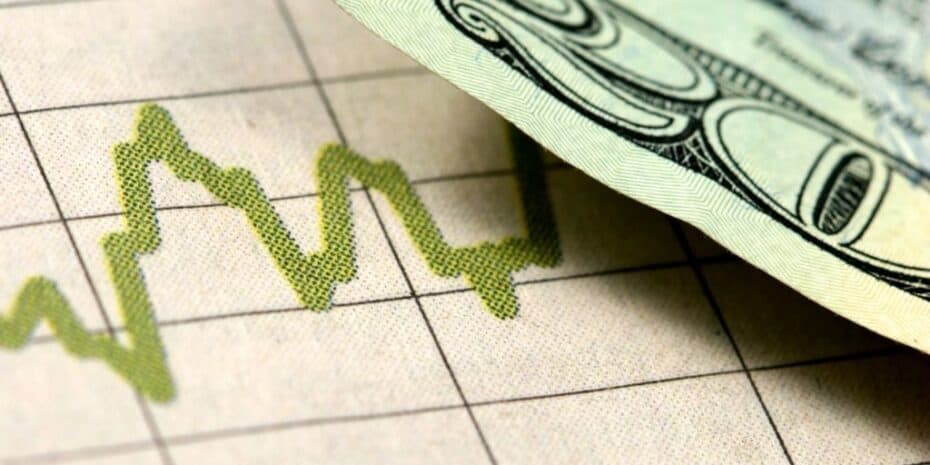 Macroeconomics is one of the two major branches of economics (microeconomics is the other). This study deals with long-term economic growth and the periodic ups and downs in economic activity levels called business cycles. In other words, it gives governments an understanding of the long-term aggregate effects of their economic decisions.

Macroeconomic insights matter not only to economists and policymakers, however. Although not all events directly affect everyone, having a healthy awareness of what is going on in the economy can help consumers and entrepreneurs make sound policies.

There are six objectives when studying and analyzing macroeconomic models. Policymakers use these objectives as guidance to predict market conditions or craft decisions that will affect the national, regional, or global economy.

Criticism of the 6 Main Objectives

Some experts believe that equity and environmental issues should also be front and center in macroeconomics. In addition, achieving some of the said objectives would come at the expense of others.

For instance, rapid GDP growth could accelerate inflation. When the economy is strong, the competition among businesses tends to increase, and so does the demand for skilled talents. In hopes of attracting the best people in the labor market, companies would be forced to offer higher wages, driving up their expenses in the process.

Another example is when a government decides to impose tax cuts to boost the disposable income of workers. This strategy could spur consumer spending. But it could also lead to future budget deficits when the national income would fail to grow big enough to cover the lost tax revenues.

There are ways to avoid sacrificing one macroeconomic objective in favor of another. However, it would be difficult to restructure the economy properly without implementing the right reforms.

How Do Governments Influence Macroeconomics?

A government can use various tools at its disposal, called macroeconomic policies, to carry out its overall economic policy. In the U.S., the two main ones are fiscal policy and monetary policy[4].

Fiscal policy centers on public spending and taxation[5]. Congress has direct control over the nation’s fiscal policy, but the legislative branch usually serves the interests of the executive. The president uses spending levels and tax rates to influence the economy. 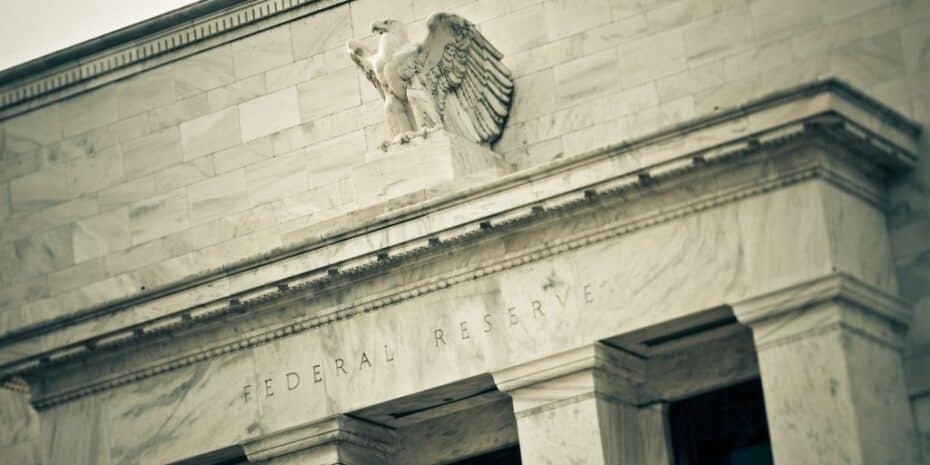 Stabilizing prices, maximizing employment, and moderating interest rates over the long term are the ultimate goals of monetary policy. In the United States, these are the responsibilities of the Federal Reserve[6].

To implement sound monetary policy, the Federal Reserve can trade government securities, adjust the interest rate it charges to financial institutions on short-term loans, and set the amount of cash reserve banks must hold.

Areas of Study in Macroeconomics

Economists and policymakers study sub-disciplines in macroeconomics to draw up a model of a national economy. They use this model to predict economic growth and formulate a suitable economic policy.

Three of these topics include macroeconomic factors, theories, and trends.

Macroeconomic factors relate to a large aspect of an economy, affecting a significant part of the population. They can be natural, fiscal, and geopolitical events, which can serve as reliable indicators of economic performance. Economists usually pay attention to GDP, unemployment, and inflation of these indicators.

There are three types of macroeconomic factors: positive, negative, and neutral[7].

These events contribute to the expansion of the economy. Deflation, or the general decline in the prices of goods and services, is a good case in point. It can encourage consumer spending, generally raising the standard of living[8]. Higher revenues of public companies, in turn, can raise the value of their stocks.

On the other hand, these events threaten the health of an economy. The prospect of political instability due to war is a classic negative macroeconomic factor. Armed conflict can disrupt economic activity, displace people, and damage property.

Likewise, highly destructive natural disasters can wreak havoc on an economy. Category 5 hurricanes, massive earthquakes, and the like have the potential to cripple state and regional economies.

Although these events are neither positive nor negative, their implications on the economy depend on the intent of the actions that lead to them and their consequences.

A trade embargo on certain imports is a phenomenon exemplary of a neutral macroeconomic event. This restriction can tilt the balance in favor of local producers, benefiting the economy of the government that imposed the ban or tariff.

However, this protectionist policy can backfire. If the affected countries retaliate, it may wind up hurting the national economy instead of helping it, such as a “trade war[9].”

Macroeconomic theories are not baseless, but they do have shortcomings. They cannot shed light on the prevailing conditions in society alone, which means they may sometimes account for real-world factors[10]. Good economists also take regulatory and trade policies into account.

A purely macroeconomic approach can result in overgeneralization. This branch of economics emphasizes aggregates (total amounts), disregarding individual data. Such statistics do not always hold significance, for they often neglect the differences in single figures.

Aggregates can be helpful when drawing conclusions on a mass level and with society as a whole in mind. But they can fall short when interpreted for individual activities and participants in the economy. 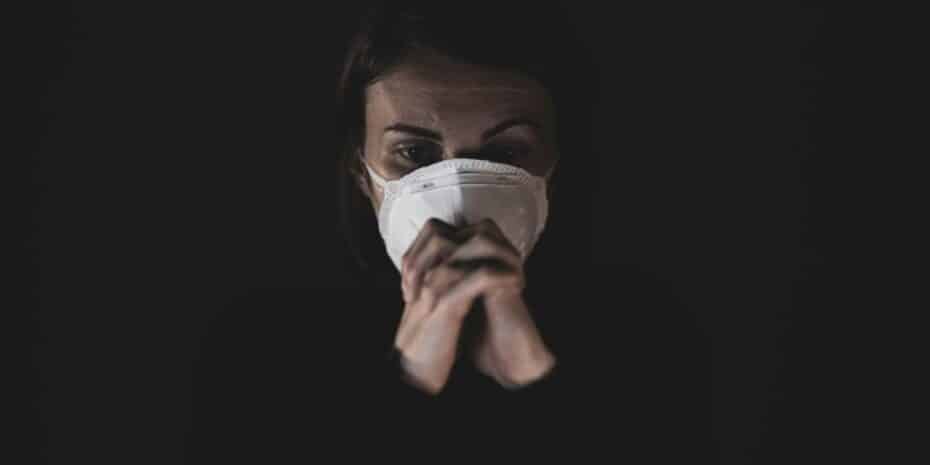 A macroeconomic trend is a pattern of events or a condition that is likely to persist in the immediate future and shape the lives of a considerable portion of the population.

While trends are expected to continue over the short term, at the very least, an unpredictable event, also referred to as “black swan,” can suddenly change the complexion of an economy and bring about severe, potentially lingering consequences.

No phenomenon in recent memory fits the definition of a “black swan” event better than the COVID-19 pandemic. It has set off a worldwide health crisis, triggered lockdowns, destroyed the livelihoods of countless individuals, and shrunk the global economy.

The macroeconomic trends prior to the COVID-19 outbreak quickly went out of the window. And then new trends emerged.

The pandemic has affected most industries one way or another. In real estate, the residential properties in many major US markets took a nosedive due to economic uncertainty, health concerns, and stay-at-home orders.

Despite the far-reaching effects of COVID-19 on national economies across the world, the pandemic was not all bad. Because of it, the world has seen the most significant drop in carbon emissions in history[11]. It has also sped up the shift to e-commerce and has made telecommuting the norm.

Macroeconomic research is the study of understanding the complexities of any economy. Economists pay attention to key factors and events that may positively or negatively impact a country’s financial standing. In case an economy does not perform as hoped for, government leaders can use policy instruments at their discretion to steer it in the right direction.

However, macroeconomics is not perfect. It should not be the sole basis of any conclusion on the status of an economy. Nevertheless, it is imperative to be aware of macroeconomic phenomena and trends and understand how they affect everyday life.