How I Win Negotiations (By Avoiding Them Altogether) 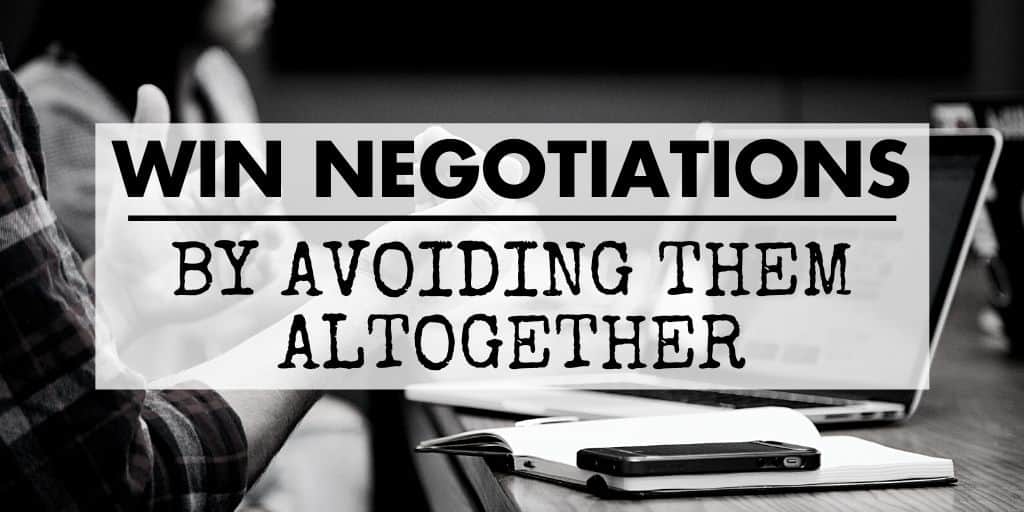 In my experience, the best real estate deals don't take a lot of haggling, slick salesmanship, or psychological manipulation to get an offer accepted.

I just have to talk to the right person at the right time. I also need to know what a property is truly worth to me and be confident enough to stand my ground.

There was one deal I'll probably never forget because it illustrates this point perfectly. It would've been very easy to overpay for this property, but I got it for an unbelievable price (and I made a killing on it too).

The negotiations weren't long, difficult, or time-consuming. In fact, there wasn't much negotiation at all. It was just a simple exchange of facts and a statement of what I was willing to offer.

The entire conversation (all of which happened through email – we literally never spoke on the phone or met in-person) probably took a half-hour of my time, total.

There were no heated arguments or debates about what the property is worth. I didn't have to “convince” the seller of anything, they just needed to understand the situation and come to their own conclusions apart from what I told them.

In most cases, I shouldn't have to work hard to persuade a motivated seller to accept my offer, because if I'm talking to the right seller in the first place, the deal will materialize if it's supposed to, without me having to push on them.

One day back in January 2019, I got a submission on my buying website from a guy who owned a ten-acre parcel of land he wanted to sell. This was the initial submission he sent through my website:

(Note: Several sections of this correspondence will be blurred out for privacy) 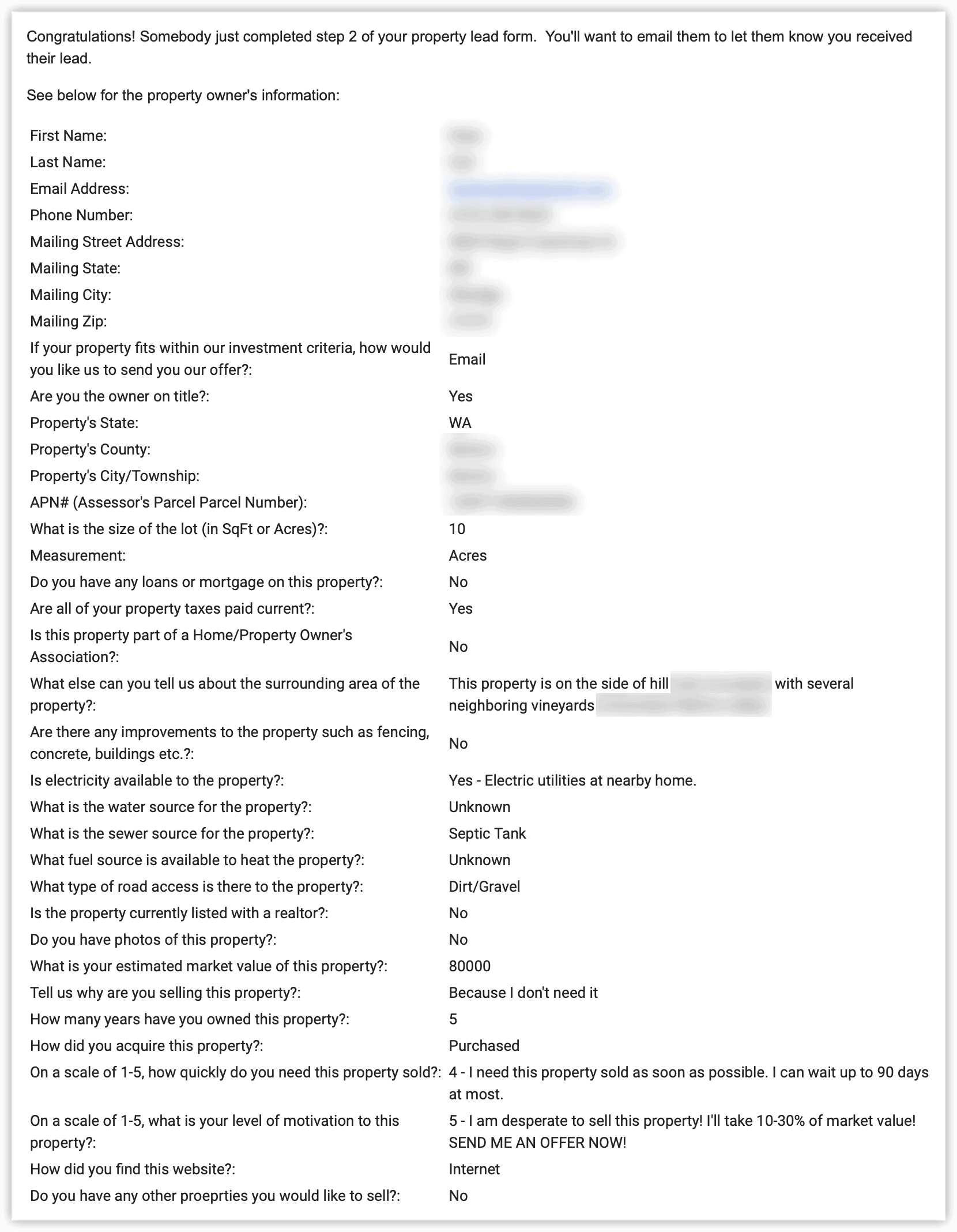 Luckily, my buying website is set up through Pebble, which has an automated offers plugin that works for me around-the-clock.

RELATED: How I Send Offers In My Sleep

Shortly after this submission came through, my website sent him an offer that was much lower than his suggested $80,000 market value.

As with most offers I send out… my number was WAY lower than what the seller told me it was worth.

This is partially because I know most sellers will over-estimate their property's value (this is fairly common with vacant land properties) and also because I'm only looking for the most motivated sellers out there.

Most sellers aren't motivated enough to work with me… but this guy was.

RELATED: How to Avoid the Guilt Trip When Sending Low Offers

As I started doing my due diligence on this property, I discovered an important detail he had left out.

The property was landlocked. Any time a property doesn't have road access, this has a huge impact on any property's value and usability.

With this new detail in the picture, I had to adjust my offer downward, a lot. 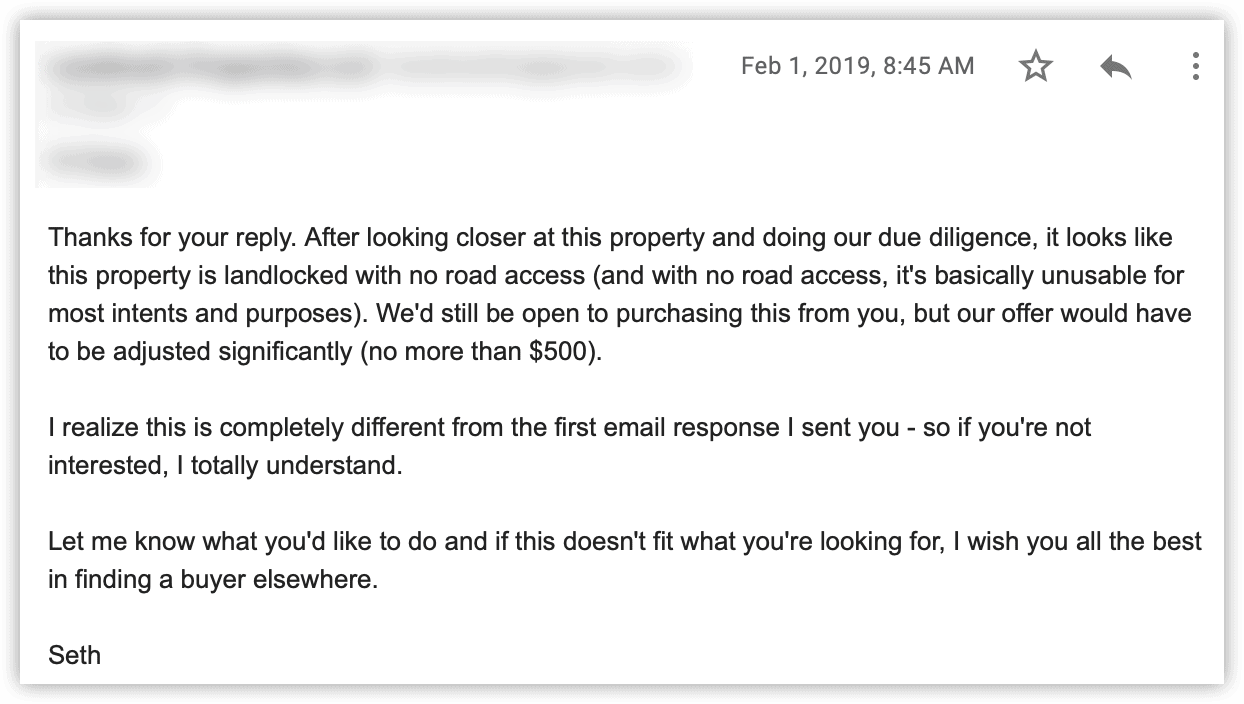 As always, the goal of my correspondence wasn't to strong-arm the seller into taking my offer. The goal was to simply inform them of what I had found, tell them my opinion of how it would affect the property's value, and let them come to their own conclusion, whether they agree with me or not.

This person sent me a surprisingly gracious response but also tried to convince me that the property wasn't landlocked because the neighboring owner had put in a dirt road, which reached his property.

This dirt road hadn't shown up on the original satellite maps I had looked at, so it was new information. He sent me some updated satellite pictures showing where a new road had been put in.

The problem was, it was a private road, and only the neighbor had the right to use it (which the neighbor confirmed when I hired a local photographer to visit the property). So, effectively, even though a dirt road did exist, the property still didn't have legal access.

At around this time, we had a HUGE ice storm (I live in Michigan, and ice storms are pretty normal in February). This caused a massive power outage and I wasn't able to respond to his email for a few days.

By the time I got back into my inbox, he had already sent me a follow-up email (without me doing anything) accepting my lower offer.

When this email came through, the deal officially reached “no-brainer” status.

I can't think of any scenario where a 10-acre parcel in this part of the US (even one without legal access) wouldn't be worth more than $500. Heck, even if I was wrong, $500 was a still small enough number to “gamble” with, if you will.

So, I put together a purchase agreement and sent it over to him 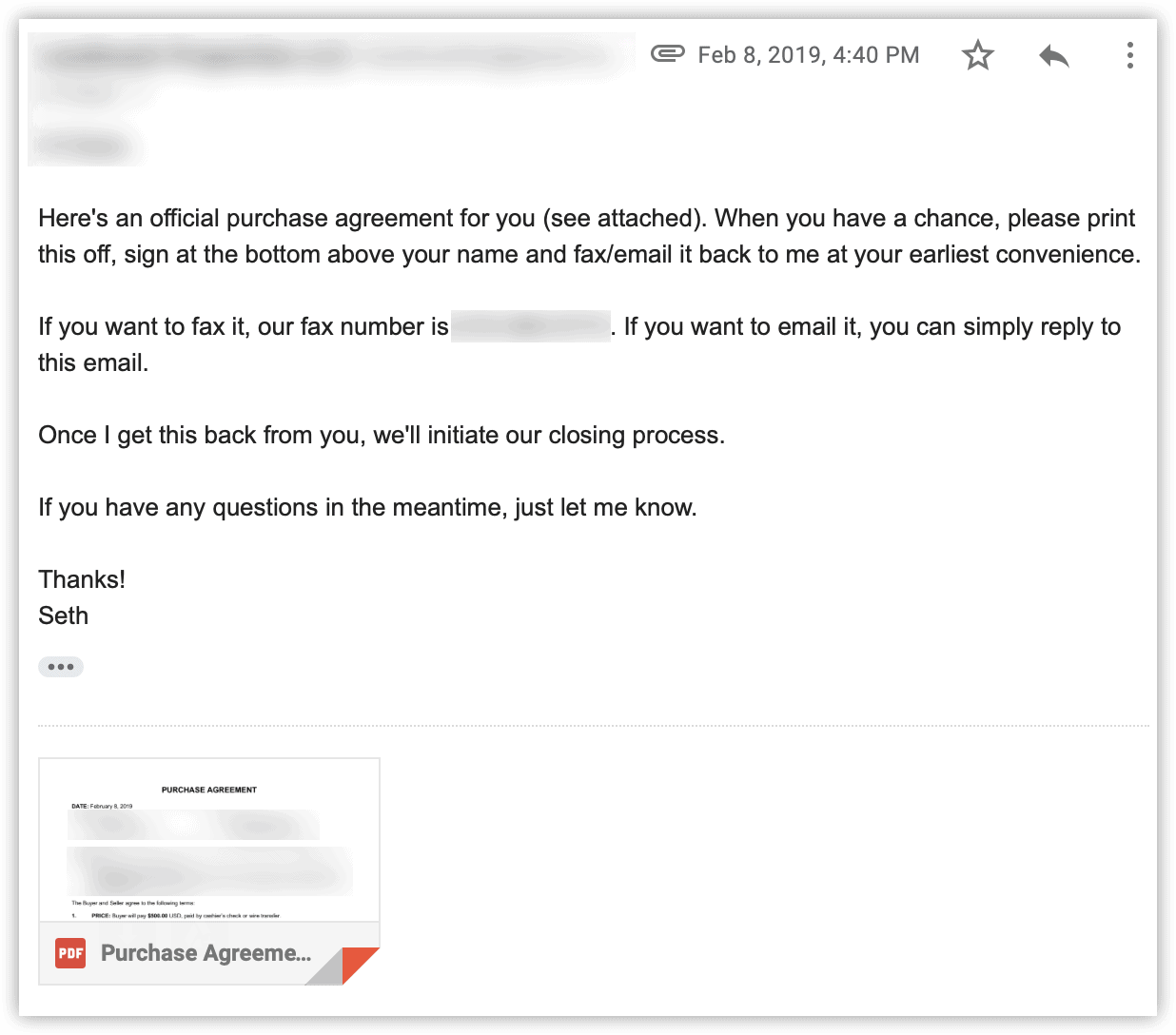 A few days later, he emailed it back to me and I kept moving forward with getting the deal closed. 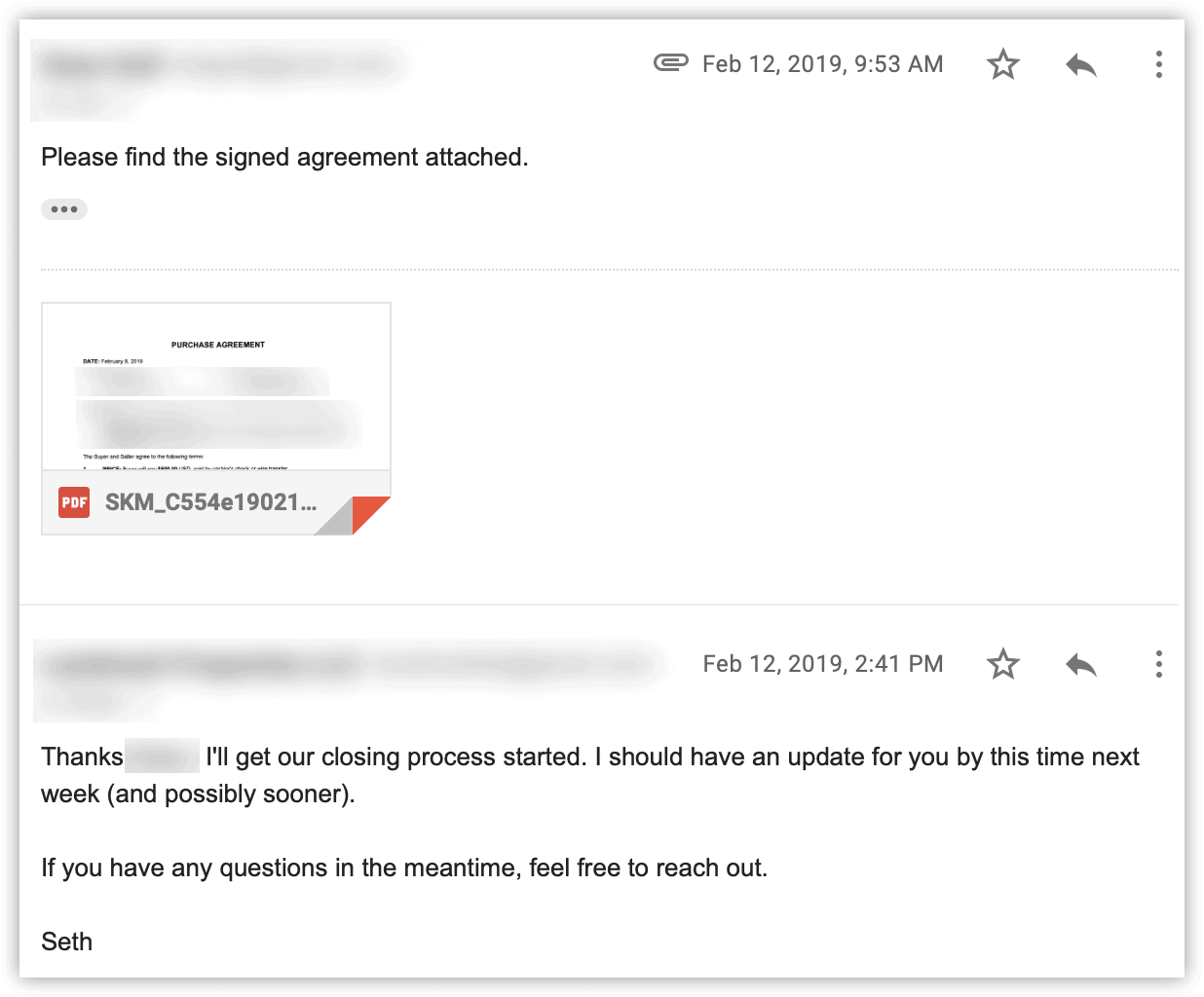 That's more than a 99% drop in his asking price over the course of our conversation, all of which happened via email.

After I closed on the property, I ended up sitting on it for several months because I had a lot of other projects on my plate at the time.

Either way, I knew that when I finally had a chance to create a listing and post it online, it was going to sell for a heck of a lot more than $500.

When I posted my listing on Craigslist later that year, the neighboring property owner (the one who owned the private road) contacted me the same day I posted the listing, and he offered to buy it from me for $25,000 cash.

Coincidentally, I had written up a neighbor letter, addressed to this neighbor and it was sitting in my mailbox, but before the mailman had come to pick it up, this neighboring property owner had already seen the listing and called me (I mean, seriously… what are the chances of that??).

Here's a video to explain more…

Now, to be fair, this deal had a few unique things going on, all of which worked in my favor.

On almost every land deal I've done, there seems to be SOME kind of wrinkle or obstacle that makes the deal challenging in some way, but this one sailed through closing very smoothly. 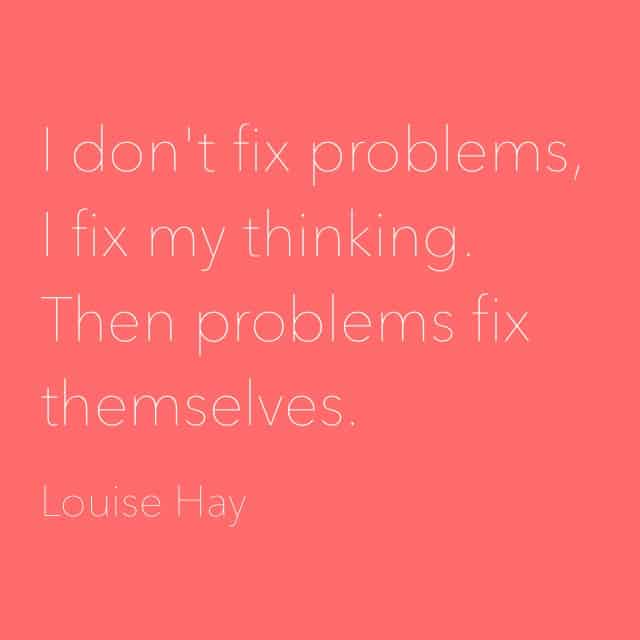 The point I'm trying to make is that negotiation doesn't have to be difficult, and in some cases, these conversations aren't even really a “negotiation” per se.

It's just a matter of putting together all the relevant facts and presenting them to the other party with your number. If you've done your research and if you're talking to the right kind of seller, the data will be compelling enough to do the job.

Even when I don't receive a “yes” to my first offer, sometimes it just takes time.

Most sellers have outlandish ideas of what their property is worth, but even if they're right, they have no idea how to get their property sold (and the first real estate agent they hire probably won't either), and it's just a matter of time until they realize this and reach out to me later to see if my offer is still on the table.

In most cases, the only real negotiation technique I need is information and patience.

There was really nothing else to say about it. If the seller says “no”, we can go our separate ways.

I was also confident about where I stood, I didn't need to be a jerk about it. I always kept a blend of patience and kindness in my communication and this played well in the mind of the seller throughout our interactions.

Do you think the conversation would have continued if I had been manipulative or condescending?

A lot of people assume the relationship between a buyer and seller is hostile-by-nature (as if one party has to win and the other party has to lose). It's pretty common to encounter buyers and sellers who have a “chip on their shoulder” from the moment I say hello… but when I can come across with kindness no matter what happens, it builds a lot of trust and reinforces that I'm not their enemy. I'm only here to make a deal with their blessing and it's okay for them to say no. 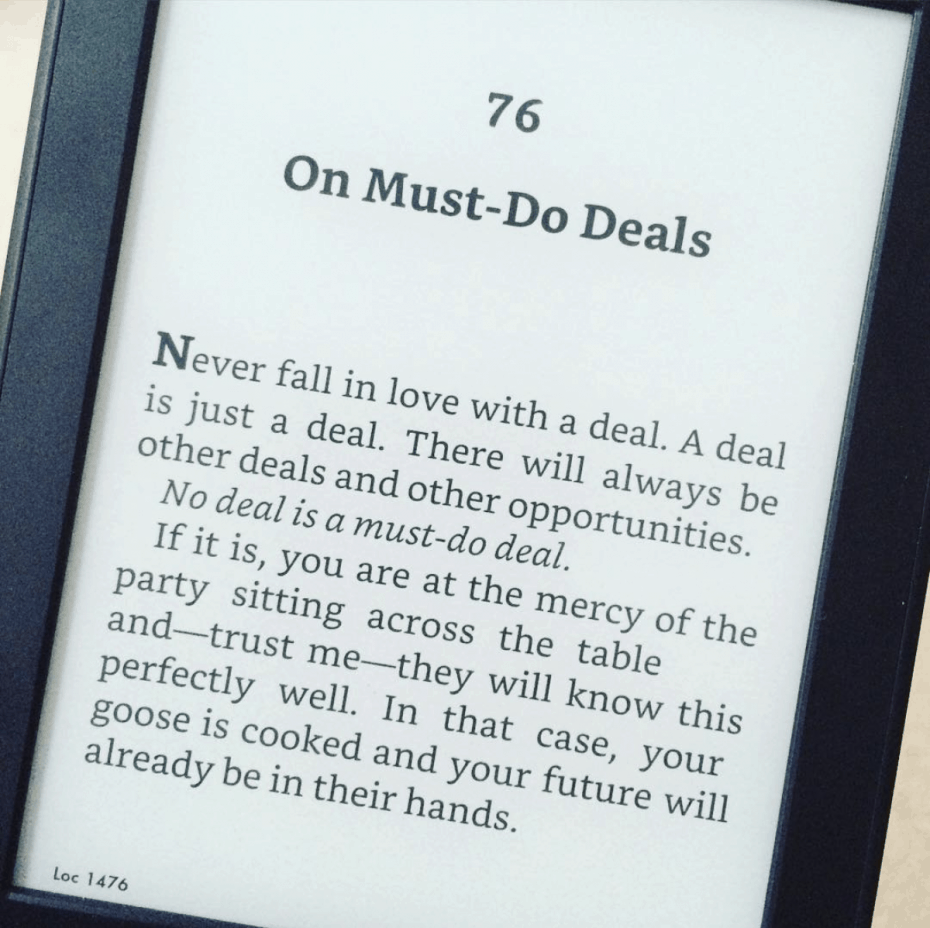 I think any good negotiation starts with a buyer who is confident about what they're willing to offer, to the point that they won't be seduced into a compromised position that isn't going to work out in their favor.

It also takes a mixture of patience, kindness, and understanding.

Remember, the goal ISN'T to screw people out of their property.

If you're in this game with the right attitude and you don't allow yourself to get pushed into a price that you know doesn't make sense, you'll find there's a lot of negotiating power in simply knowing the facts and standing your ground.

If you have patience, you'll get what's coming to you!

008: The Anatomy of a Land Deal (A Comprehensive Case Study)

The Ultimate Negotiation Technique That Nobody Talks About

081: How to Negotiate Like a Pro w/ Kris Haskins