Closing Real Estate Deals with an Attorney - When & Where is it Required? 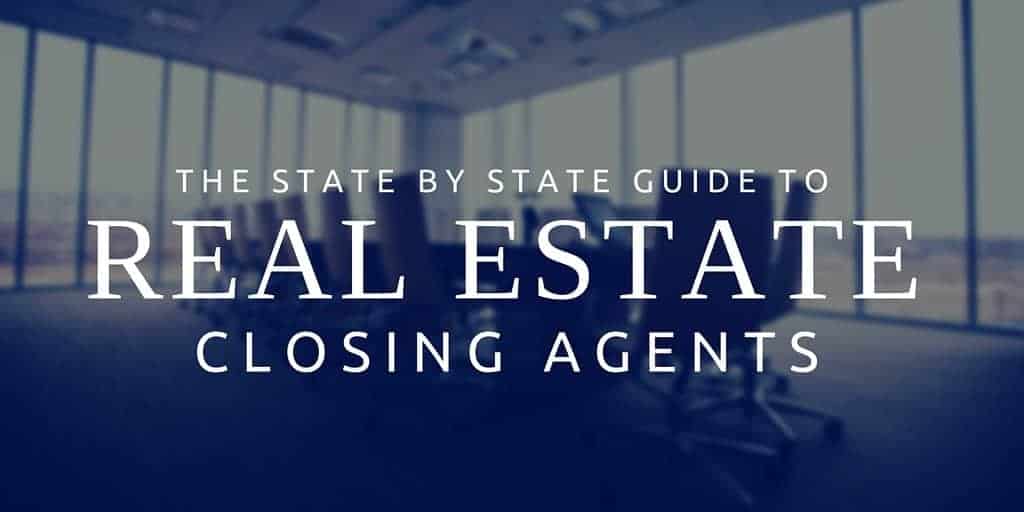 The information in this article can be impacted by regional legislation and other unique variables. For the real deal, always consult with a qualified legal professional before taking action.

When you’re buying and selling real estate all over the country, one issue you may eventually encounter is the fact that some states have very particular laws about who can and can’t be involved in the preparation and facilitation of a real estate transaction.

In most states, real estate deals are fairly easy to close (whether you’re closing it yourself or hiring a title company or escrow agency to handle it for you), but there are a number of states (mostly on the east coast) that literally REQUIRE the involvement of an attorney to close any real estate transaction… regardless of the purchase price, property type or the parties involved.

For the average real estate investor, this isn’t a “problem” per se (after all… who would know better about closing a deal than an attorney?), but if you’re involved specifically in the niche of land investing, this can present some issues…

When you’re pursuing vacant land properties the right way, there will be plenty of opportunities to purchase vacant lots for a VERY low price (we’re talking – less than a thousand dollars) and frankly, when you’re literally required to enlist the services of an attorney (at well over $1,000 a pop) to close these deals, the cost can far outweigh the benefit, especially when the mechanics of closing the transaction just aren’t that complicated.

I’ve bought and sold land in a number of states over the years, and in the markets where I’ve worked – I’ve only encountered this obstacle on a handful of occasions.

Bonus: Get a FREE copy of the INVESTOR HACKS e-book when you subscribe!

Luckily, I was working on deals that were fairly large and complex, so the added cost of using an attorney wasn’t a show-stopper for me (in fact, I was happy to pay a little extra to avoid the headache of closing these deals myself).

However, knowing that these areas would probably be cost-prohibitive on smaller deals, I definitely wouldn’t want to pursue these markets (i.e. – any of the states shaded in dark blue – below) if my sole focus was to snatch up the cheapest properties with a market value of less than $5,000 (because the attorney requirement in these states would probably be a deal-killing obstacle with every “cheap” property I wanted to buy).

So after years of being vaguely aware of the situation, I decided it was time to do the research, put in the legwork and create an interactive map (for you and me) with all my findings on which states DO and DON’T require an attorney to be involved in the closing of each transaction.

After cross-checking several sources and calling dozens of closing offices around the country, here’s what I came up with…

Disclaimer: The map above is a representation of the information I was able to find and interpret through many hours of research. While I believe the information is fairly reliable (and I did include links within each state, so you can click to see at least one supporting source), I cannot guarantee its complete accuracy. Many states change their laws and statutes from year to year, so be sure to verify the information above before you get too far along in the closing process in your state. I am not an attorney and this information shouldn’t be interpreted as legal advice – this map simply represents the answers I was able to compile after doing an exhaustive online search and talking with several closing agents all over the U.S.

Interestingly enough, in the states where attorneys are required to close transactions, the severity of the issue varies based on how the law is written.

The issue is – some states have decided that the mere act of putting together a deed is synonymous with “practicing law” – and since every transfer of real estate involves the preparation of a deed, real estate transactions in these states cannot be finalized without the involvement of an attorney on some level (which makes “self-closing” very difficult, if not impossible in most situations).

When Is It Worth The Cost?

Don’t get me wrong – real estate attorneys can certainly play an important role in many transactions (especially the ones that involve a great deal of money or complexity), but when a state’s laws force EVERYONE to hire an attorney for even the simplest transactions… some would argue that this is a bit overbearing.

Is this problem severe enough to avoid doing business in these “attorney only” states altogether? I think it just depends on the profitability of the deals you’re pursuing.

For instance, when I’m buying a property for $500 cash – it’s difficult to argue the rationale for paying $1,000 (twice the amount of my purchase price) just for an attorney to do the exact same thing that I’m fully capable of doing myself.

On the same coin – if I’m buying a property that could easily net me a $50,000 profit (and if those are the ONLY types of properties I intend to purchase), then personally – I don’t see any need to disqualify these “attorney only” states from my pursuits.

It’s much easier to justify paying an attorney to do the work when my profit margin can easily pay for their services… but when I’m looking at smaller deals (and I’m literally not allowed to close in-house because I’m not an attorney), this can be a problem… maybe even a big enough problem to avoid certain states entirely.

It took many hours to compile the information shown in the map above, and as I was doing the research this project – there were a few resources that were extremely helpful to me, so I wanted to give credit where credit is due:

Lastly, it should come as no surprise that these state laws can vary and change from year to year. If you’re an active real estate professional and you see any inaccuracies in the information shown above, please let me know about it! Leave a comment below and I’ll be sure to continually update this map if/when I learn of any new information that should be added, removed or revised.

The most powerful strategy I've used to build my real estate investing career is NOT what you might guess.

Land investing (that's right, buying and selling vacant land) is a massive opportunity that most investors aren't paying attention to. For the few land investors who know how to pursue this business with the right acquisition strategy, it's an extremely lucrative and low-risk way to build serious wealth from real estate.

If you want to get the inside scoop on how to start and run your own land investing business, come and check out the Land Investing Masterclass – where I've put together a full 12-module course with dozens of videos, bonuses, downloads, group coaching sessions and a members-only forum (where we spend time answering questions every week). There is no better place to learn this business from the inside out!

Seth Williams is a land investor with hundreds of closed transactions and nearly a decade of experience in the commercial real estate banking industry. He is also the Founder of REtipster.com - a real estate investing blog that offers real-world guidance for part-time real estate investors.

Did you find this article to be helpful?

Our goal is always to provide our readers with the most up-to-date and relevant content so that we can continue to empower others! Please share your feedback.

Sign up for our newsletter and learn how to take your real estate investing game to the next level.

Check your email to confirm!

Get Free Access to Videos, Guides, Downloads and More!

I want you to make GREAT money from real estate, in a way that helps people, doesn't require a lot of risk and leaves plenty of space for you to live your life. That's how my business works and yours can too.

How To Do Your Own Title Search

Land Contract or Deed of Trust? Which is Better for Seller Financing?

Could the Lease-Option Be Your New Best Friend?

This site uses Akismet to reduce spam. Learn how your comment data is processed.

Bonus: Get a FREE copy of the INVESTOR HACKS e-book when you subscribe!

We get it, too much advertising can be annoying.