Risk/Reward Ratio: Should I Invest In Low-End Real Estate? 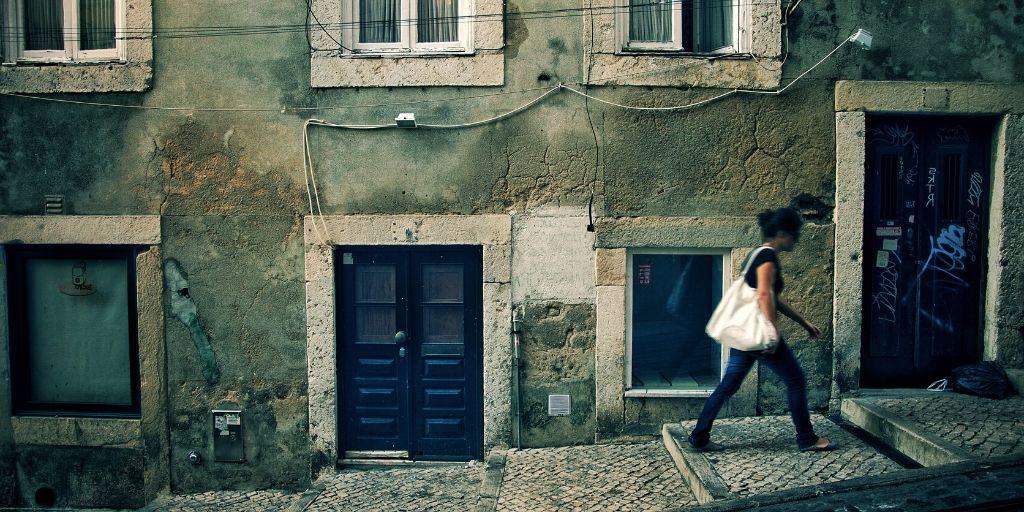 Ever thought about investing in (very) low-income neighborhoods?

Flippers can be tempted too:

The returns look great on paper. Better than great, actually – almost too good to be true.

What I mean are legitimate slums — ones where it’s (sadly) not uncommon to see 15-year-olds slinging drugs on the corner.

Here’s why the returns in these areas look so great, why most investors should avoid them, and why a small handful of investors do so well there.

Let’s not pull any punches here: Bad neighborhoods wouldn't be called “bad” if they didn't have high crime rates.

There’s the physical risk to your person, of course. But even if you only visit at high noon, wearing head-to-toe Kevlar and backed by a dozen meathead giants all packing military-grade weapons, your problems with crime don’t just disappear.

In high-crime neighborhoods, you can expect break-ins or at least break-in attempts (which can be just as costly). Your contractors can have their tools stolen in the blink of an eye. Your doors and windows can be smashed in — and not just for theft: Your properties can be viciously vandalized, all just for sport. 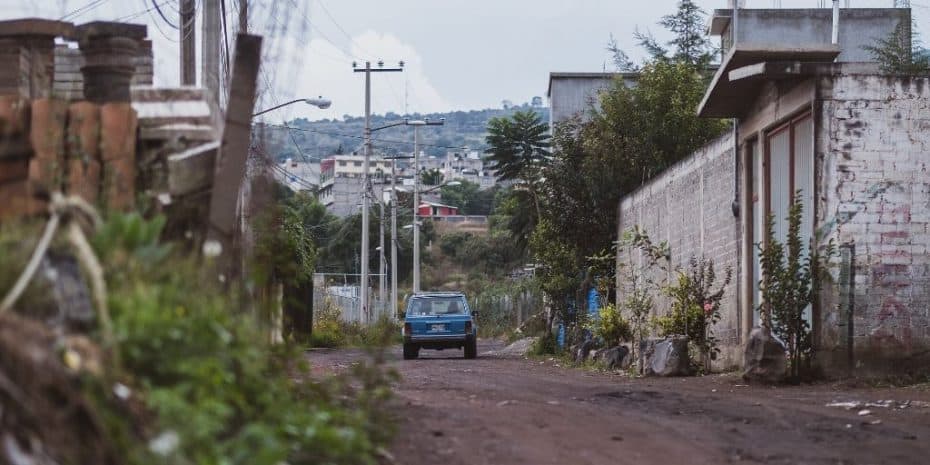 Photo by Frederik Trovatten on Unsplash

I’ve had it happen, more times than I can count. One house was broken into so many times that my property manager had to screw the doors shut with a special screw head so that the local kids couldn’t unscrew them to break in and get high.

Then, there’s the impact of crime on your tenants and on the neighborhood in general. Ultimately, good people just don’t want to live there.

I always laugh when I hear people in Baltimore City complain about an “affordable housing problem.”

With estimates as high as 30,000 vacant housing units, Baltimore City actually has a high supply and low demand for housing. I’ve rented entire houses there for $525/month.

Affordable housing is not a problem in Baltimore City. High crime rates, high property tax rates, high vacancy rates, lopsided regulation, and low demand? Those are problems in the metro.

But I’m getting ahead of myself.

The problem is actually plainly in sight: When entire blocks sit empty, how do you attract renters? It’s often a huge challenge. I’ve watched properties sit vacant for six months, all with minimal showing activity.

Most rental investors don’t give much thought about vacancy rates until they’ve had a property sit vacant for that long.

More often than not, the tenants I've had in bad neighborhoods have made me chase them for rents.

“But Brian, that’s what thorough tenant screening is for!”

Sure – in neighborhoods with high demand and high incomes. What about when six months go by with as many applications, and every applicant’s credit score has been below 600?

Chasing tenants for rent is not why you got into the landlording game. It’s tedious, time-consuming, and, in the long run, the tenants always win.

Believe me. I know.

When your tenant defaults and you go through the (expensive, time-consuming) eviction process, you can look forward to an expensive turnover with lots of property damage.

But even among paying tenants, who don’t leave your property trashed, the turnover rate is often high. After all, most people who have a choice in the matter don’t want to live in these neighborhoods. 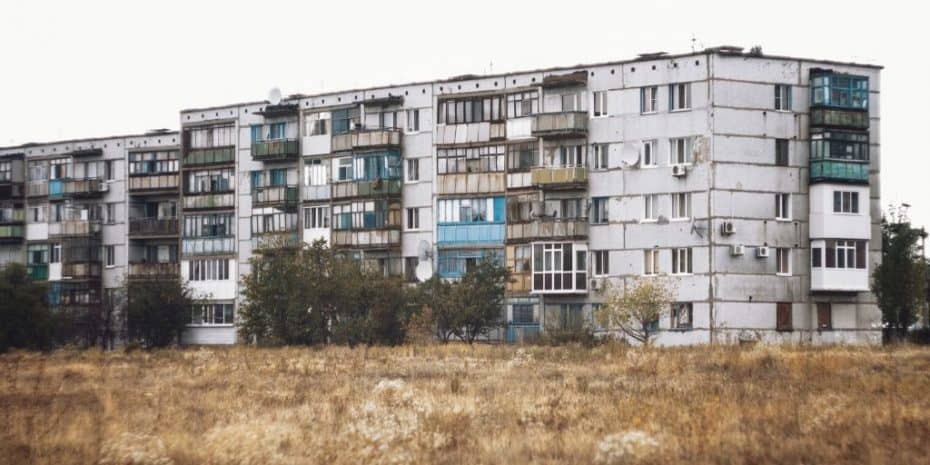 Photo by Alexander Trukhin on Unsplash

This leaves mostly prospective renters who don’t have a choice. In my experience, these folks aren’t likely to be stellar tenants.

I touched on high vacancy rates. They aren’t the only expenses that are high relative to rents.

Insurers charge a lot in these neighborhoods, relative to property values. Why? Because claim rates are so high here, in large part because of the high crime rates.

It doesn't stop with just insurance, though. Property tax rates tend to be higher in cities than in suburbs – in Baltimore City, for example, the property tax rate is literally double that of surrounding Baltimore County.

Landlords will face higher expenses in Class D neighborhoods, relative to rents, than landlords in better neighborhoods. They need to be incredibly careful with these numbers when forecasting their long-term cash flow.

In these neighborhoods, landlords are always – always – the villains.

I’ll keep using Baltimore City as an example because it’s such an easy one:

Evictions take four to six months, minimum. I’ve had evictions take a year. Why so long? Because all the tenant has to do is show up in court and utter the words “uninhabitable conditions” and the entire eviction process is halted and delayed to a snail’s pace.

Tenants are given long waiting periods before landlords can even file evictions, and security deposits must be held in separate, interest-bearing accounts and the interest delivered to the tenant with the security deposit refund.

Then, there are the endless permits and inspections, for the most minor of work. Rural and suburban real estate investors don’t suffer these abuses.

So, Why Invest There? Does Anyone Actually Make Money?

People invest in bad neighborhoods because if you know exactly – and I do mean exactly – what you’re doing, there’s a massive amount of money to be made.

Despite the attractive numbers, few people have the guts to invest in the slums. For many, it’s because of the rational reasons listed above, but for others, it’s simply because there’s no glamour in it.

Let’s be honest: No one wants to be called a slumlord. It’s not “sexy” to own properties in terrible neighborhoods. Quite the contrary.

With less competition, there’s a niche of real estate investors who know how to navigate the headaches above and buy cheap properties that rent for 2-4% of the purchase price.

Still Want to Invest in Low-Income Neighborhoods? Here’s How to Succeed

First, even in rough neighborhoods, there are “good blocks” and “bad blocks.” Know the difference, and only invest in good blocks with extremely high occupancy rates and no board-ups.

Second, know the laws inside and out. Believe me when I tell you that your tenants will. They will put an attorney to shame, with their intricate knowledge of loopholes and landlord regulations. All that lopsided regulation we talked about earlier? You need to know it better than any attorney and know exactly what your responsibilities are according to those one-sided laws.

Flippers and landlords alike can use cheap contractors who move quickly. The standards are just plain lower for a $50,000 house than a $500,000 house. Use different contractors for low-end homes than you use for mid- and higher-end homes. Knock out repairs efficiently and inexpensively, but make sure your contractor knows how to navigate the byzantine permit process.

Plan out your exit strategy in detail, and then plan out several contingencies. “Oh, I’ll just list it on the MLS” is not even close to good enough as an exit plan.

Go hit the streets and actually talk to the local residents to find out. Ask 20, 30, 50 people. Spend an entire day walking around the neighborhood.

Which brings me to my final point: if you’re not comfortable walking around these neighborhoods and chatting up the locals, then you shouldn’t invest there. Period.

This isn’t Kansas anymore, Toto. This is niche real estate investing — and the average investor doesn’t have the stomach for it.

I know I don’t anymore. But, for a select few, it’s an incredibly lucrative – if seedy – real estate investing niche.

Have you ever considered buying investment properties in rough neighborhoods? Ever done it? Share your experiences below!

Roofstock Review: Is This The Easiest Way To Buy Turnkey Rental Properties?

How to Analyze Rental Properties On Your Phone in Just Minutes