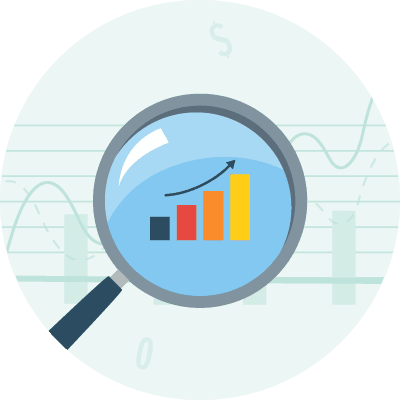 What is Internal Rate of Return (IRR)?

The Internal Rate of Return (IRR) is the rate at which an investment grows in value during the time it is held. It represents the implied rate of return on each invested dollar over the entire holding period.

The internal rate of return shows what the average return will be on an investment when the time value of money is factored into the equation.

IRR can be calculated based on any time period (daily, monthly, quarterly, semi-annually) and is then annualized to find the annual return.

The easiest way to explain the time value of money is to give an example.

If you had the choice of getting $20,000 today or $20,000 six months from now, the $20,000 today is more valuable due to it’s earning potential. You could invest that $20,000 right now and start earning money from it rather than waiting six months to get started.

IRR is a metric that provides insight into how profitable an investment is expected to be and properly accounts for the timing of cash flows.

How IRR Works in Practice

Suppose you’re analyzing two properties that provide the same total profit over a 10 year period. Both properties will cost the same to acquire.

With Property One, you can begin generating cash flow immediately whereas Property Two requires a large renovation to perform optimally, which will take 24 months to complete.

In this comparison, Property One is likely going to have a higher internal rate of return because the total profit is going to be made sooner compared to Property Two.

As illustrated by the example above, even though Property Two will generate more annual revenue after its renovations are complete, it won’t catch up with Property One until the very end of the 10 year period. 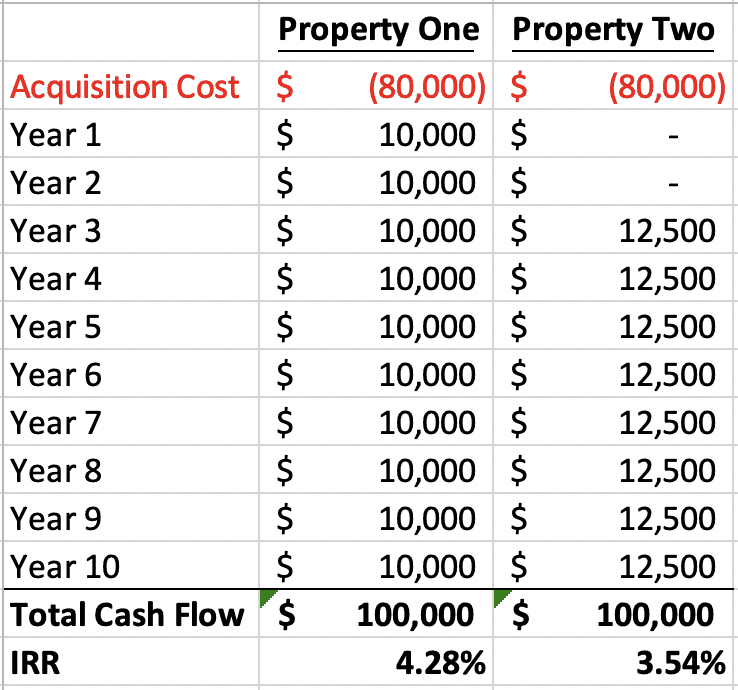 Because of this, and due to the time value of money, Property One has a higher IRR and represents a better investment based on a 10-year time period.

IRR is an implied rate of return. There’s no guarantee an investor will get that return going forward, but the metric helps an investor see this kind of advantage within a property. (source)

How to Calculate the Internal Rate of Return

The internal rate of return formula is fairly complicated. Luckily, we have the use of tools like Microsoft Excel or Google Sheets, which can make the calculation of IRR much easier.

In order to calculate IRR using Excel or Google Sheets, start by entering the purchase price of the property in the first cell; in the example below, the investor paid $300,000 for the fourplex.

In cells A2 through however many years you are calculating for IRR, enter the cash flow. 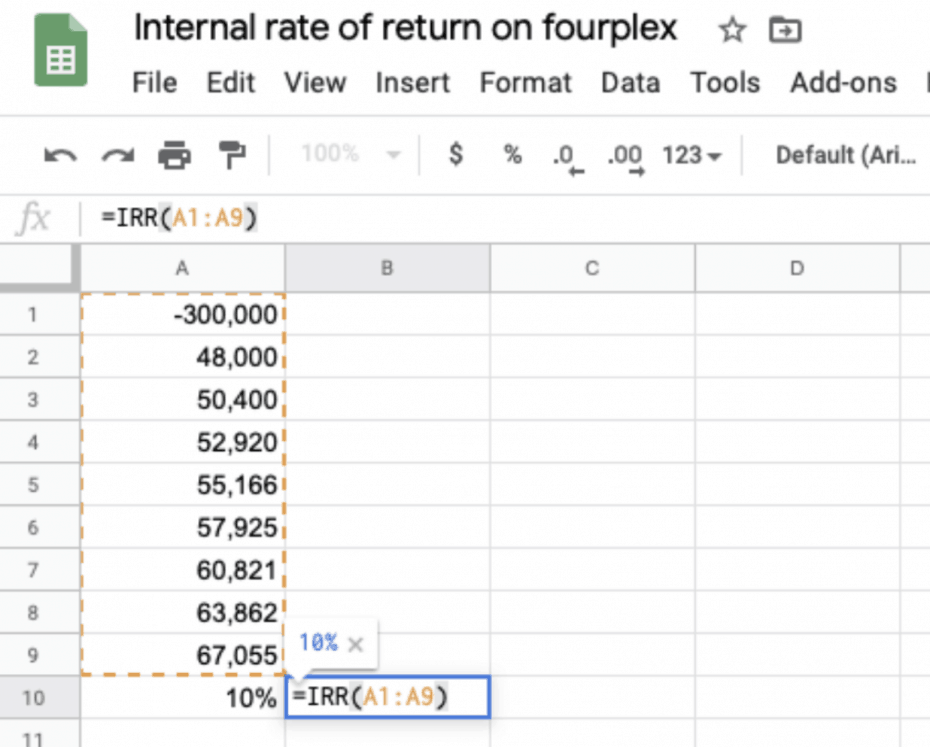 In the final cell, enter the command =IRR(A1:An) where n is the last year in the period and Excel or Google Sheets does the rest.

Disadvantages to Using the Internal Rate of Return

The IRR isn’t always the best way to compare potential investment properties because it requires you to make a lot of assumptions about the property that may or may not prove true over the time you hold it. 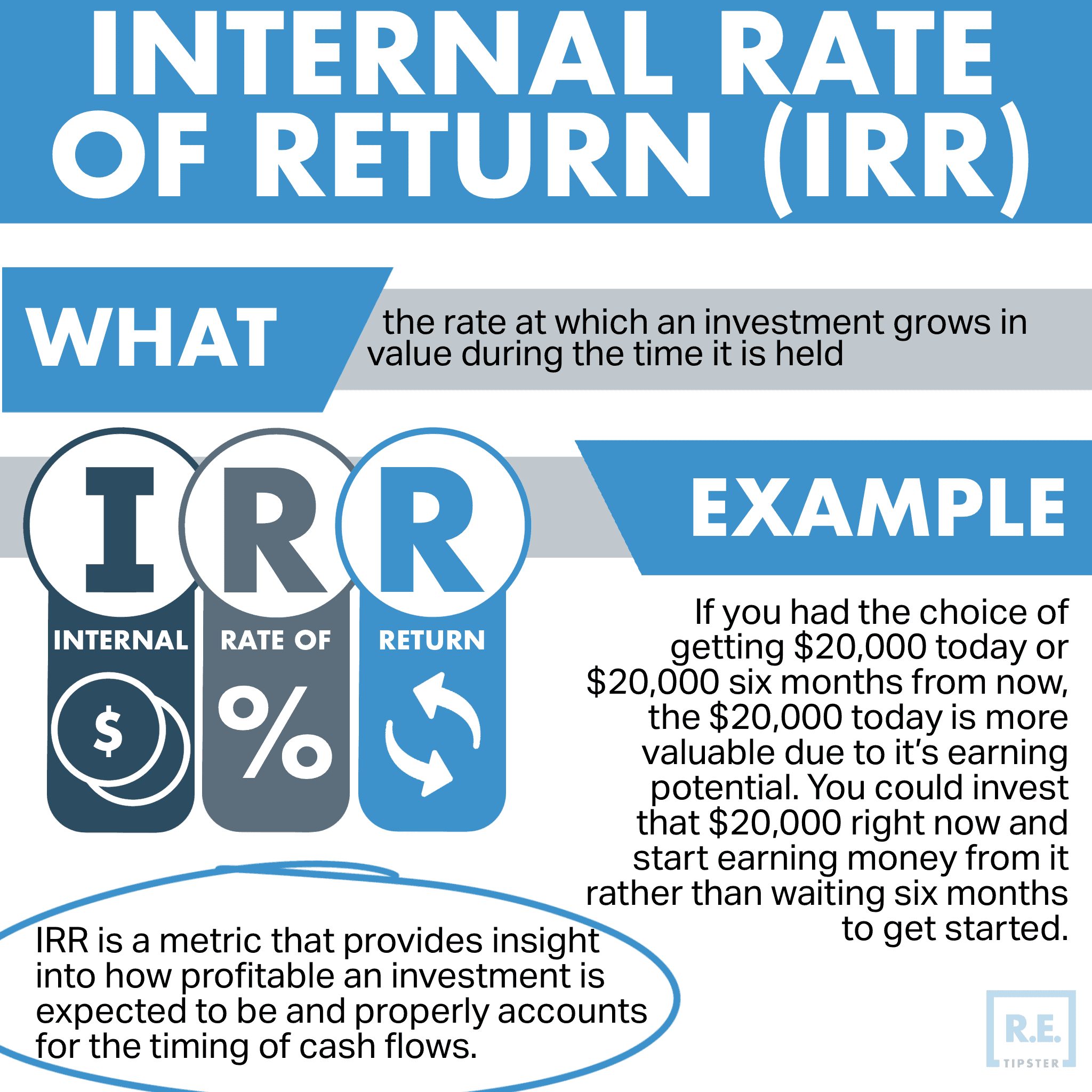 The internal rate of return also has limitations for comparing properties with different holding periods. For example, one property may have a high IRR over the short term, but a low NPV. Another may have a higher NPV and a low IRR over the short term, but over the long term, it earns steadily and grows in value. If you’re using IRR to compare properties, it’s best to compare similar ones—similar risk, similar holding period—so you’re comparing apples to apples (instead of comparing apples to oranges).

The IRR calculation also assumes that cash flows are reinvested each period at the same internal rate of return.

In the example above, the $10,000 brought in each year by Property One is reinvested to also earn 4.28%. This is a fine assumption to make when the return is reasonable, but it becomes problematic when an investment has an abnormally high return in the early stages (like a 40% return in year one) because the reinvested cash flow isn’t likely to produce the same 40% return year after year. For a real estate investor, IRR probably isn’t the best formula for analyzing those “once in a lifetime” deals.

Finally, your calculations are useless if your assumptions aren’t accurate. In the example above, the cash flow assumed 100% occupancy and a steady 5% annual rent increase. If anything unexpected happens during the time the property is held, such as a catastrophic expense, a higher-than-expected vacancy rate, or a downturn in the local rental market, your projected IRR may fall apart.

Ultimately, you can never have too much data when it comes to adding properties to your portfolio and calculating the IRR of each. Calculating the internal rate of return, along with NPV and cap rate, gives you another level of insight into how a property fits with your investment strategy.