How to Identify (and Avoid) Wetlands 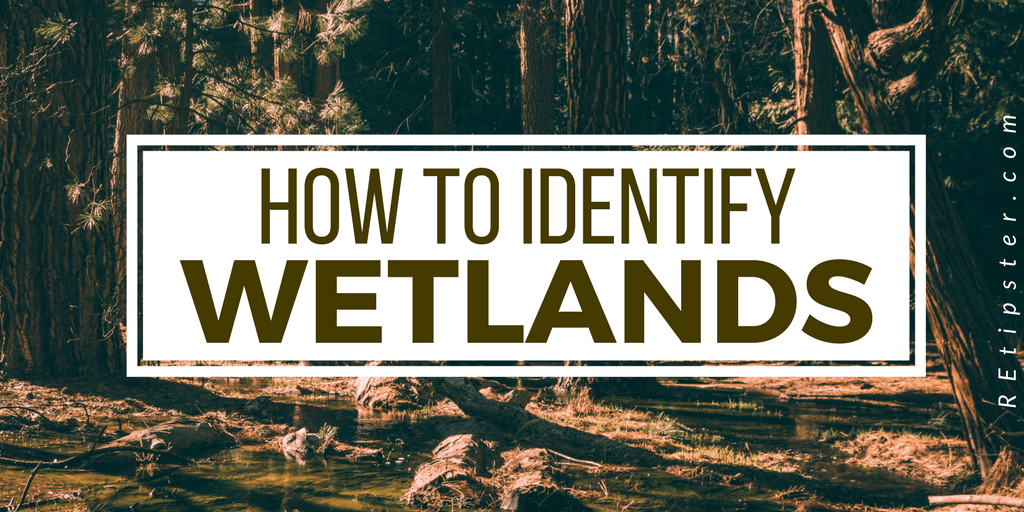 One of the least-pleasant surprises I've encountered in my career as a land investor is the occasional discovery of wetlands on the properties I've purchased.

When you're buying vacant land with the hope of developing it in the future, wetlands can present some pretty significant challenges.

Wetlands are protected by the federal government (and often by the state government as well) because even though this type of land may seem useless to the average landowner, it serves many important purposes for people, fish, and wildlife.

This excerpt from the EPA sums it up pretty well…

Wetlands are important features in the landscape that provide numerous beneficial services for people and for fish and wildlife. Some of these services, or functions, include protecting and improving water quality, providing fish and wildlife habitats, storing floodwaters and maintaining surface water flow during dry periods.

Because wetlands are such a valuable natural resource, most governmental bodies are understandably interested in preserving this type of land whenever possible.

For most intents and purposes, if a parcel of land contains any type of wetland area, that portion of land cannot be built on or developed without special permission from at least one, if not multiple government authorities.

For land investors doing research on a parcel prior to purchasing – finding and identifying the presence of wetlands can be particularly challenging because as the EPA explains:

Although wetlands are often wet, a wetland might not be wet year-round.

In fact, some of the most important wetlands are only seasonally wet.

So, if wetlands can't always be observed and identified by the untrained eye, how can a land investor know if their property is impacted by the presence of wetlands??

First off – it's important to acknowledge that in many cases, wetland areas CAN be easily seen and identified.

In the United States, there are four commonly known categories of wetlands:

This type of wetland is often populated by soft-stemmed plants (e.g. – grasses, rushes or reeds) and situated alongside lakes and streams. Marshes function as a transition point between the aquatic and terrestrial ecosystems. There are several types of marshes that differ based on their location and salinity, which also affects the type of animal and plant life that can live in these environments. (source) 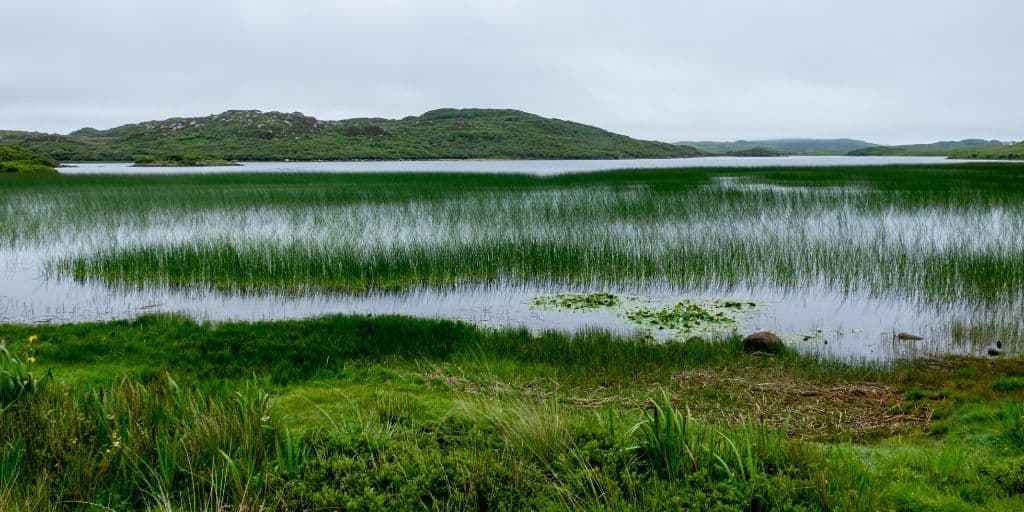 Marshes can be found alongside bodies of freshwater or saltwater and along the coasts of major oceans and inland. The water is typically no more than a few feet deep with mineral-rich and organic soil. (source)

Typically dominated by woody plants, and sometimes described as “forested wetlands”. Many swamps are situated along rivers, where they are critically dependent upon natural water level fluctuations. Other swamps occur on the shores of large lakes. Swamps are characterized by slow-moving to stagnant waters, in areas at a very low elevation. (source) 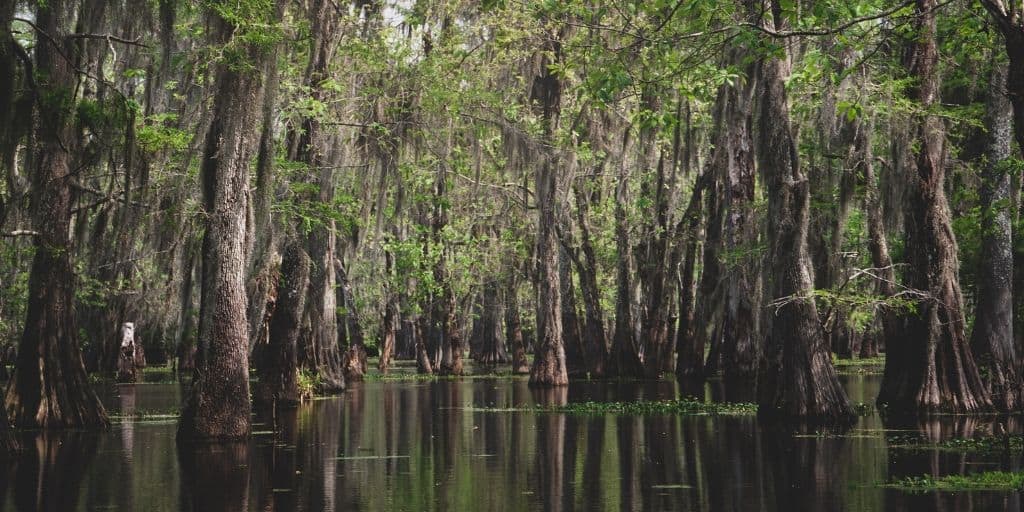 Swamps and other wetlands have traditionally held a very low property value compared to fields, prairies, or woodlands. They have a reputation for being unproductive land that cannot easily be utilized for human activities, other than perhaps hunting and trapping. (source) 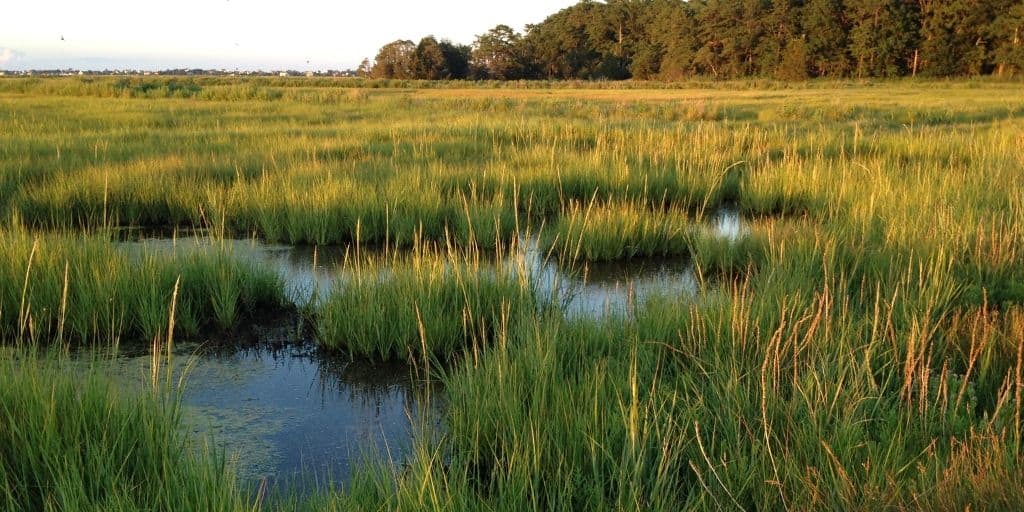 Similar to marshes, there are several different types of bogs, that can be classified based upon their location in the landscape, and their source of water. Bogs are widely distributed in cold, temperate climes, mostly in boreal ecosystems in the Northern Hemisphere. (source)

One characteristic that differentiates bogs from marshes is that bogs receive most of their water from precipitation, rather than runoff or floodwaters. Their spongy, mossy floors also contain fewer nutrients than a marsh or swamp. (source) 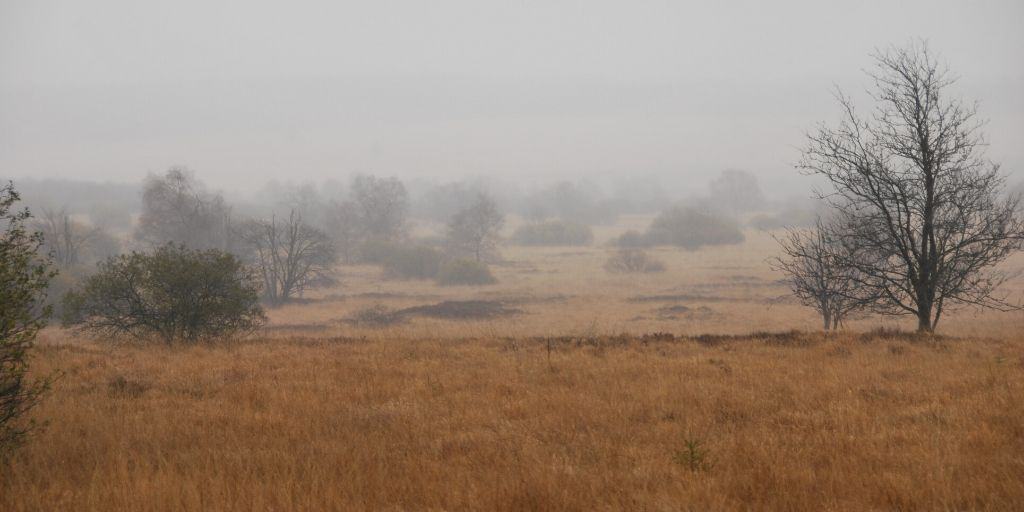 The problem with the EPA's definition of wetlands is that it leaves a lot of room for ambiguity.

Even though wetlands are often characterized by marshes, swamps, bogs, and fens, wetlands don't always have an observable presence of water on or near the surface.

Take the Florida Everglades, as one example.

Depending on the time of year, huge portions of this 734 square mile wetland area are often dry.

Now take a look at your own backyard after a rainstorm. You may easily be able to spot pooling water near your house… but that doesn't mean you live in a wetland area.

Identifying wetlands isn't as simple as looking for surface water.

How to Identify the Presence of Wetlands

If you or your future buyer have any concerns about the presence of wetlands on your property, there are two things to consider:

If a land owner's activities or improvements to the property will impact the function of the wetland area, then both the wetland identification AND delineation are very important. Unfortunately, both of these things can be complicated and require some technical knowledge.

In many areas of the United States, there is at least one (and often more than one) government entity that plays a role in delineating wetlands.

At the federal level, the U.S. Environmental Protection Agency (EPA) and U.S. Army Corps of Engineers (USACE) are key players in delineating wetlands, with additional input from the U.S. Fish and Wildlife Service (FWS) and the Natural Resources Conservation Service (NRCS).

In most states, the U.S. Army Corps of Engineers has the authority over the permitting process – as stated on the USACE website:

“Section 404 of the Clean Water Act requires that anyone interested in depositing dredged or fill material into “waters of the United States, including wetlands,” must receive authorization for such activities. The Corps has been assigned responsibility for administering the Section 404 permitting process. Activities in wetlands for which permits may be required include, but are not limited to:

The final determination of whether an area is a wetland and whether the activity requires a permit must be made by the appropriate Corps District Office.”

In my state (Michigan), the development of any wetland areas near “navigable waters” requires a delineation and permit from BOTH the U.S. Army Corps of Engineers (USACE) and the Michigan Department of Environmental Quality (MDEQ). These permits generally involve a lot of red tape – and in most cases, unless the landowner can prove there is no other alternative to accomplish their intent, they simply aren't issued at all.

Given all the complications of dealing with wetlands, most land investors would rather avoid these types of properties altogether – because it's pretty counterproductive to buy a parcel of land that can't be used in any practical way. This is why it's important to identify the presence of wetlands BEFORE closing the deal.

Ultimately – the only way to be 100% confident about the presence of wetlands on a property is to enlist the help of a wetlands consultant and/or have the appropriate government agents conduct their wetland identification and delineation on-site.

The problem is, this is a lot to ask. Especially when a property is being bought at a small fraction of market value and the transaction needs to close quickly. This kind of “textbook answer” on how to research the wetlands situation isn't always the most pragmatic solution.

So is there any feasible way to get these answers faster? Well… sort of.

If you want to identify any obvious red flags without leaving your computer, it is possible to do some reconnaissance-level research and get a more educated look at the wetland situation on your subject property. I'll explain one method in this video…

You can get started with the Wetlands Mapper, or you can download the KML file and view this same Wetlands Data on Google Earth.

Now, since the wetlands mapper isn't always the most accurate measurement of the presence of wetlands, another tool you can use to assess the situation is the NRCS Web Soil Survey, which is compiled by the UC Davis Soil Resource Lab.

You can download this SoilWeb KML file by visiting the USDA Ag Data Commons.

Keep in mind, using the Wetlands Mapper and/or the Web Soil Survey is NOT the same thing as hiring a wetlands consultant and/or having the USACE do a delineation on your property (so realize, there are no guarantees with this approach). However, if you're just looking for an educated guess, both of these online tools can be used as a good starting point.

What Is a “Perc Test” (And How Much Does It Really Matter)?

Is Your Property In A Flood Zone? Find Out In 2 Minutes Or Less!