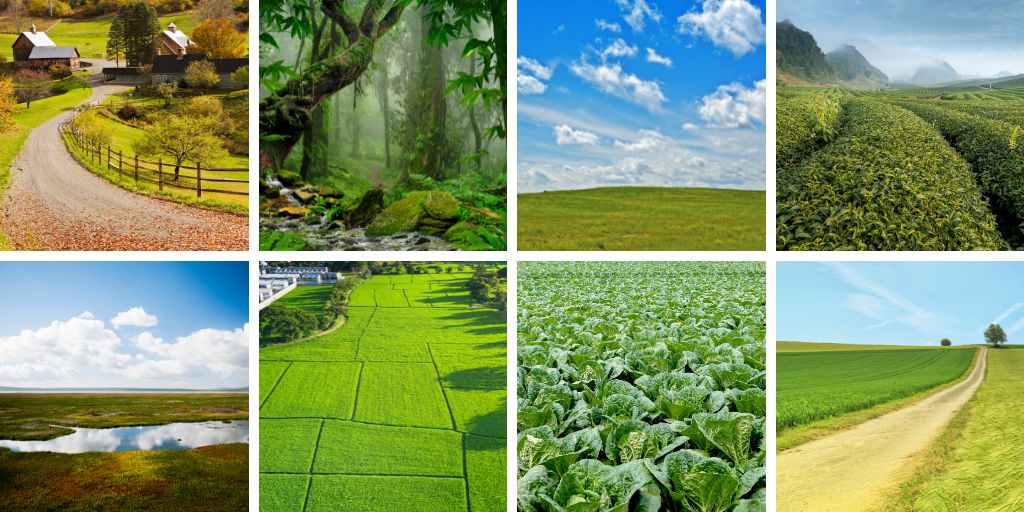 The real estate business is full of unique words and technical terminology.

Sometimes these terms are confused with each other or used interchangeably, but it's important to understand what exactly is being discussed when you hear real estate jargon being thrown around.

In the world of vacant land, there are a lot of different terms used to distinguish one type of property from another. In fact, even local government legislation and definitions can play a huge role in setting one type of land apart from another.

Let's cover some of the most common land terminology, what each one means, their unique characteristics, and more.

The term “tract” is used in reference to many different shapes and sizes of land. It is not used to define a specific size, but it does imply that the size has been determined with its boundaries clearly established, usually by a formal land survey.

A tract can refer to a single lot or an area with multiple lots within it. A tract is typically a larger area that has been measured and has had its borders defined. 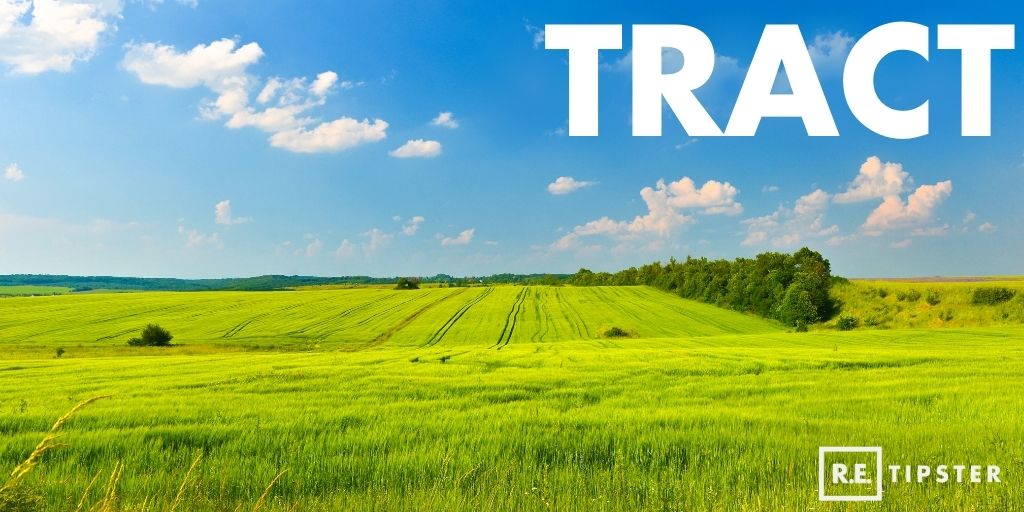 One common example of a tract would be 640 acres of land, which is also referred to as a “section.” However, a tract of land doesn't exclusively refer to a 640-acre section. A tract may just as well be a five-acre portion of land.

A farm is one or more parcels of land dedicated to the business of agriculture, livestock, or both. It can be a single parcel or several adjoining parcels (nearby one another). Farms may also have houses and other buildings on them, as people often live within their farms. 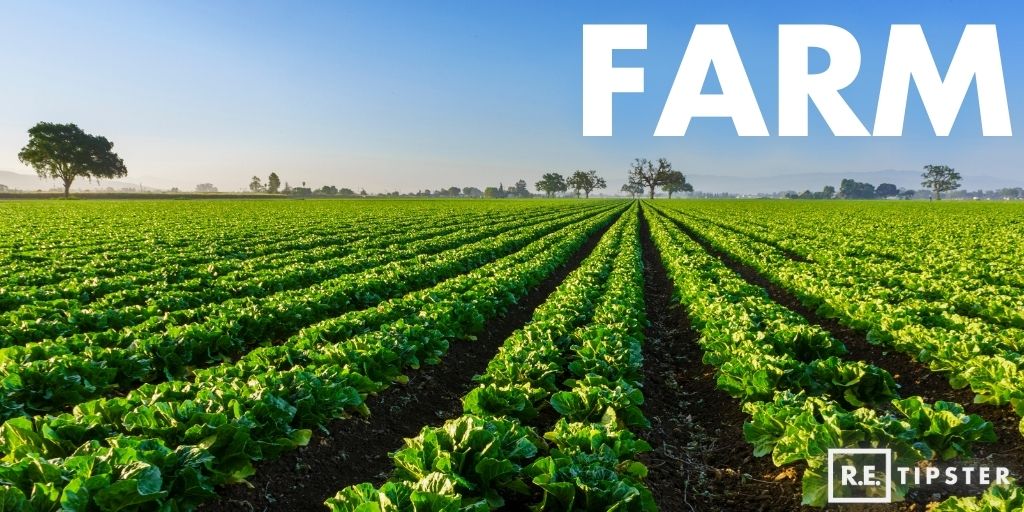 The USDA defines a farm as:

Given this definition, a “farm” is an umbrella term that covers many different kinds of agricultural uses, including ranches, orchards, groves, vineyards, and more, which we'll discuss below. A farm can be any plot of land used to produce a crop harvest or animal harvest.

A “ranch” is an area of land used for raising animals like cattle, sheep, pigs, and other livestock. Sometimes referred to as a “pasture,” ranches are often used for grazing, typically by ranchers. The underlying purpose of a ranch is to produce livestock for the eventual sale of meat and other non-vegetarian items in the market. 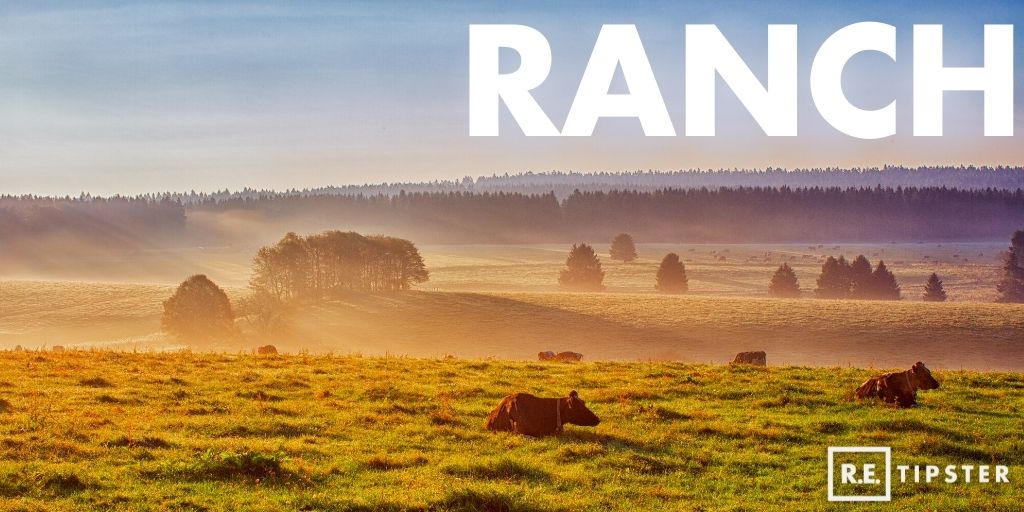 What's the difference between a ranch and a farm? A ranch is essentially a farm that is dedicated to the raising of livestock, whereas a farm is dedicated to the growing of crops. Another way to look at it is that every ranch is a type of farm, but not every farm is considered a ranch.

A ranchette is a smaller version of a ranch with many of the same features and characteristics. 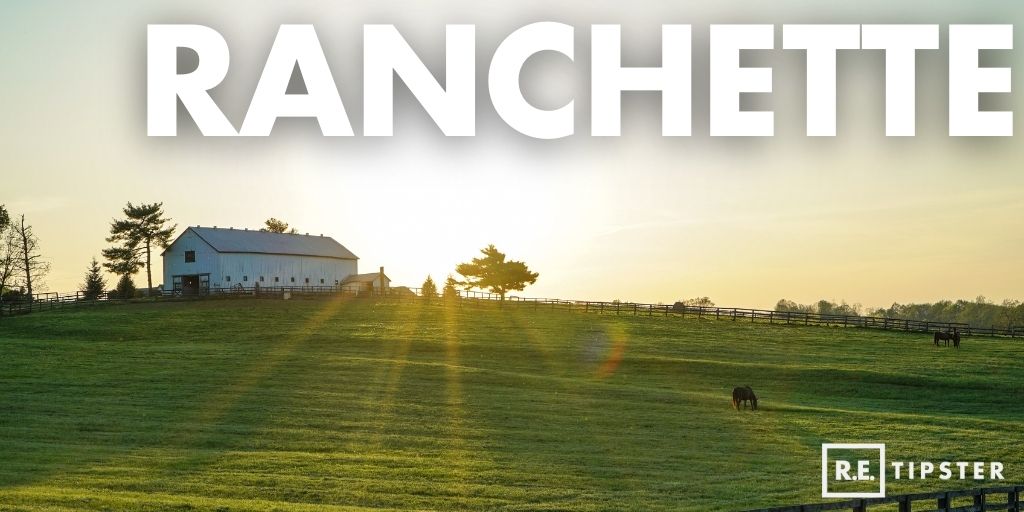 What's the difference between a ranch and a ranchette? Most ranchettes will range in size between 5 to 10 acres, whereas the typical ranch is significantly larger (40 to 4,000 acres and beyond).

Ranchettes are often created when a larger farm or ranch is subdivided into smaller parcels. Ranchettes often contain a house, garden, barn, and a smaller dedicated space for raising livestock or animals such as chickens, goats, cattle, or other specialty animals like alpacas or ostriches. This type of property appeals to many buyers because it offers a unique hybrid between a farm, ranch, and residential living.

Plots represent pieces of land that are smaller in size compared to other types of land. 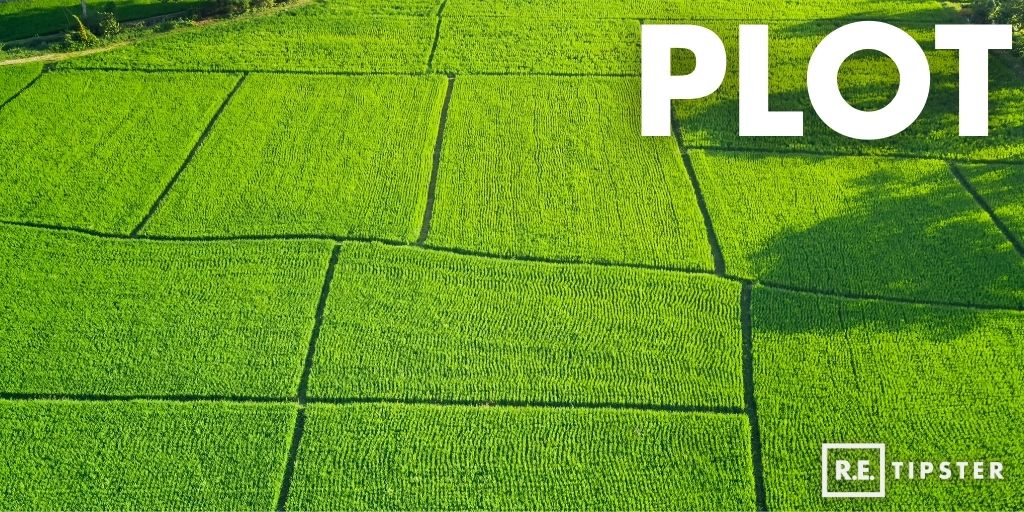 A plot is typically delineated and marked to use for a specific goal in the future. Some common examples would be a “bean plot,” “cabbage patch,” or “briar patch.”

Similar to a plot, a “patch” is often used in reference to a small area of land used to grow a specific type of plant or crop. 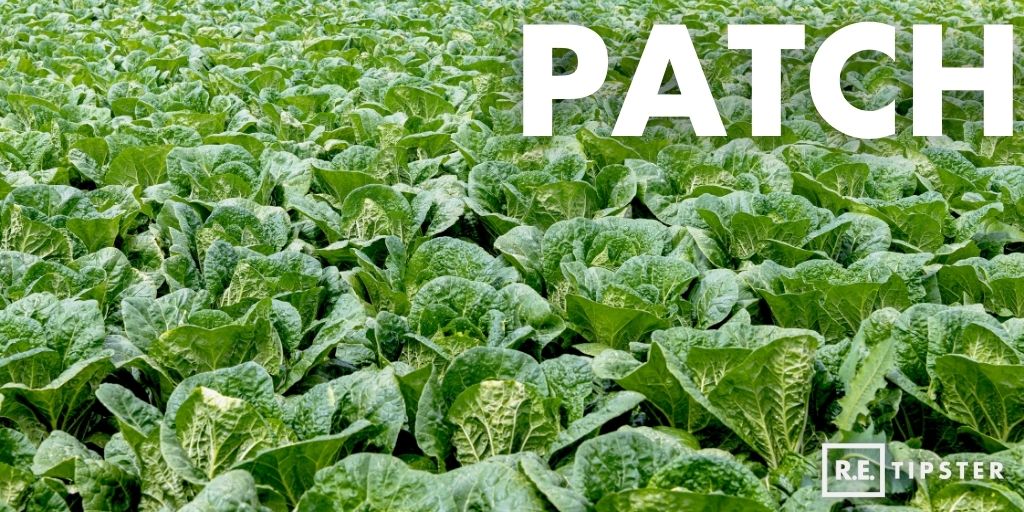 Some common examples would be a “cabbage patch” or a “briar patch.”

A parcel is a piece or unit of land that was created as a result of dividing a larger area. 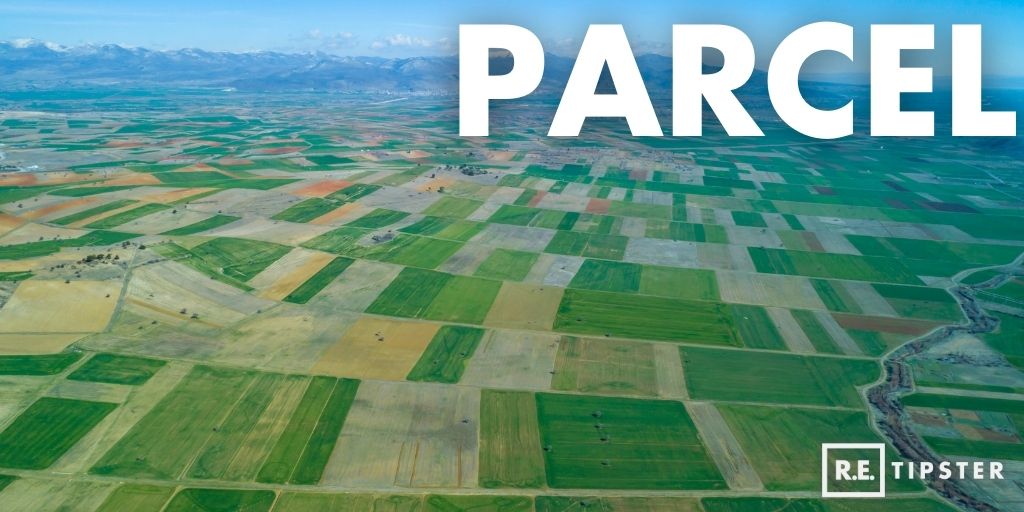 The word “parcel” can be used to describe any of the other words on this list, including tract, ranch, farm, plot, and so on.

Parcel sizes can vary greatly, which means a parcel is only “small” or “large” respective to its parent parcel or the parcel it sits next to.

Parcels are also used as a way to identify every unique piece of real estate within a jurisdiction of a county, city, township, parish, or borough. Each property is assigned a parcel number, which can be used by the local governing body as a way to keep track of each property's owner, the property taxes they owe each year, and more.

The word plat does not refer to actual land itself but rather to a map that represents it. 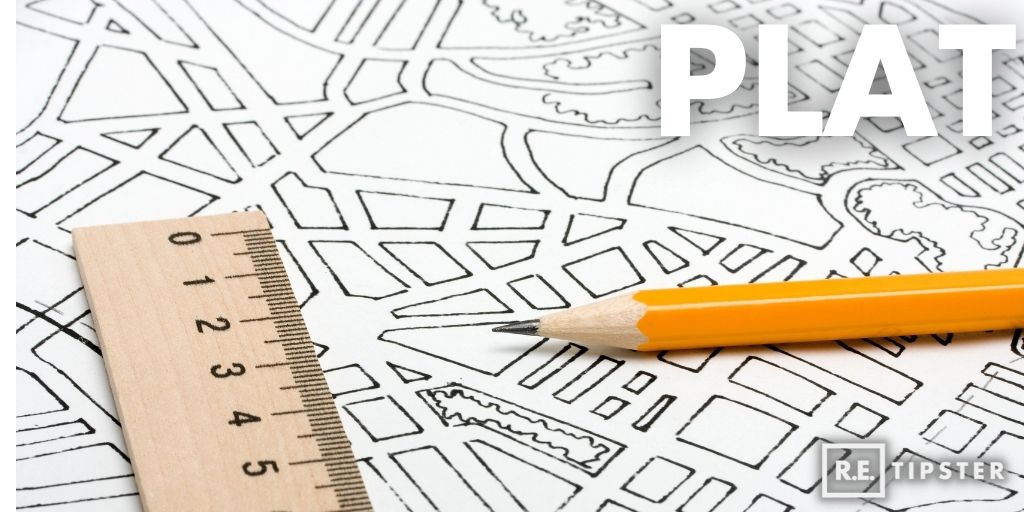 Plats are also plans or charts, and they include information, features, and infrastructure.

A block means what you think it does: a group of buildings with streets along the sides. 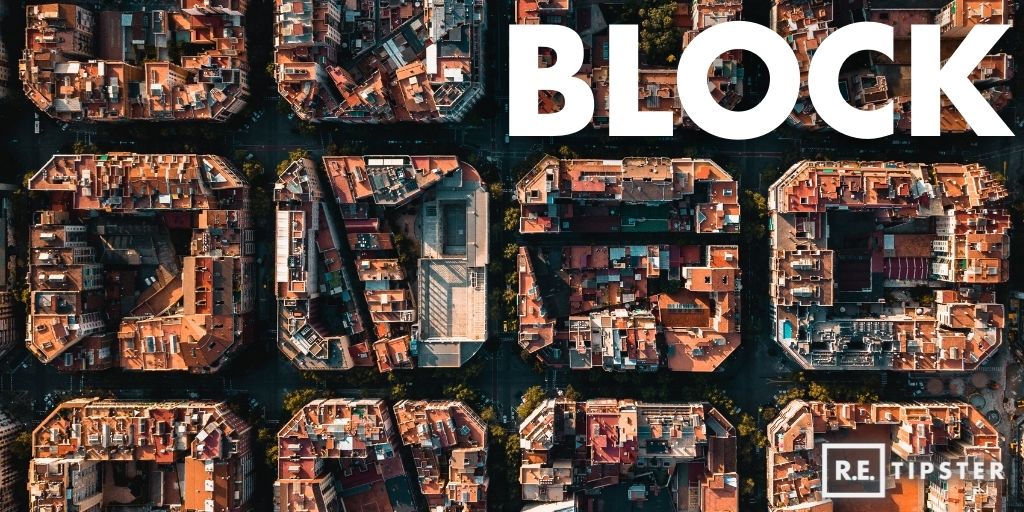 Blocks aren't necessarily used to describe vacant land, although they can be if the entire city block happens to be vacant (…I'm looking at you, Detroit).

Blocks are more common in towns or cities, and they are typically shaped like a square or rectangle.

Parks are places where public land is kept with minimal construction to preserve nature and green space. 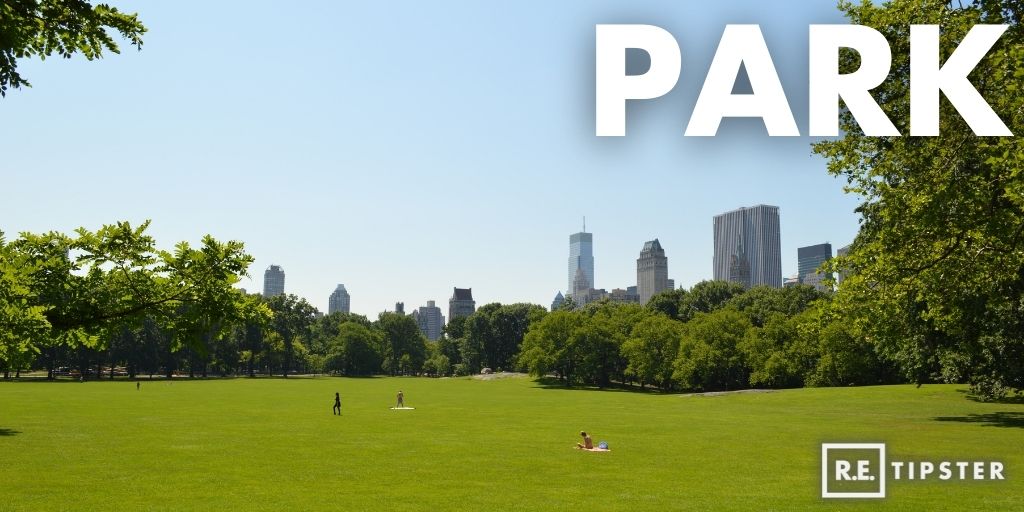 A park has the purpose of being enjoyed by people, using nature as a tool for relaxation.

City, town, county, and state parks are typically funded by tax revenue and maintained by a government agency.

A homestead is the house people live in. They are found on farms, ranches, and other land types of land. They’re inhabited not just by people who own or work the land but their families as well. 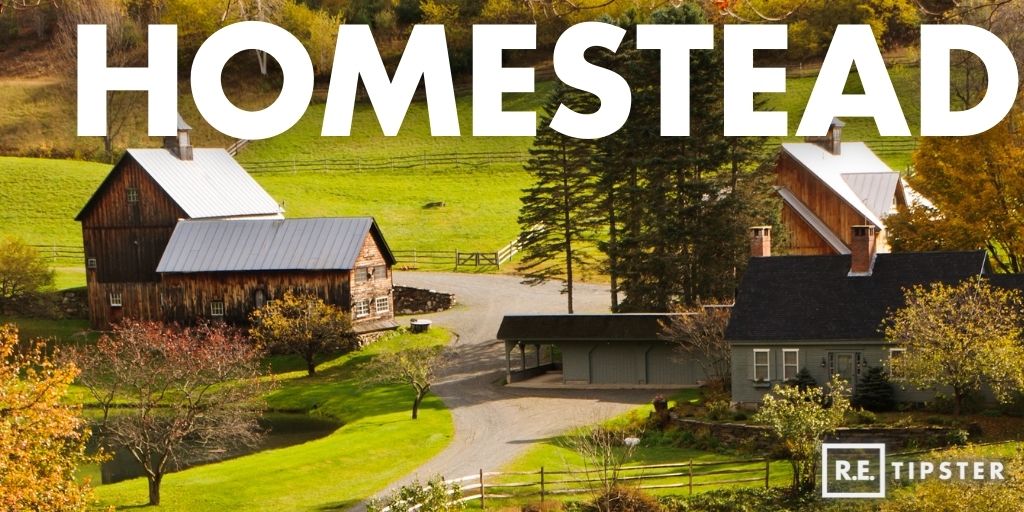 The word “homesteading” is often used in reference to a lifestyle of self-sufficiency, where people find rural vacant land and use it to grow their own crops through subsistence agriculture. When people find a parcel suitable for this type of lifestyle, they refer to the property as their homestead.

Plantations are huge farms specifically purposed for the cultivation of a specific type of crop. Usually found in tropical weather, it’s frequently worked on by a resident labor force. 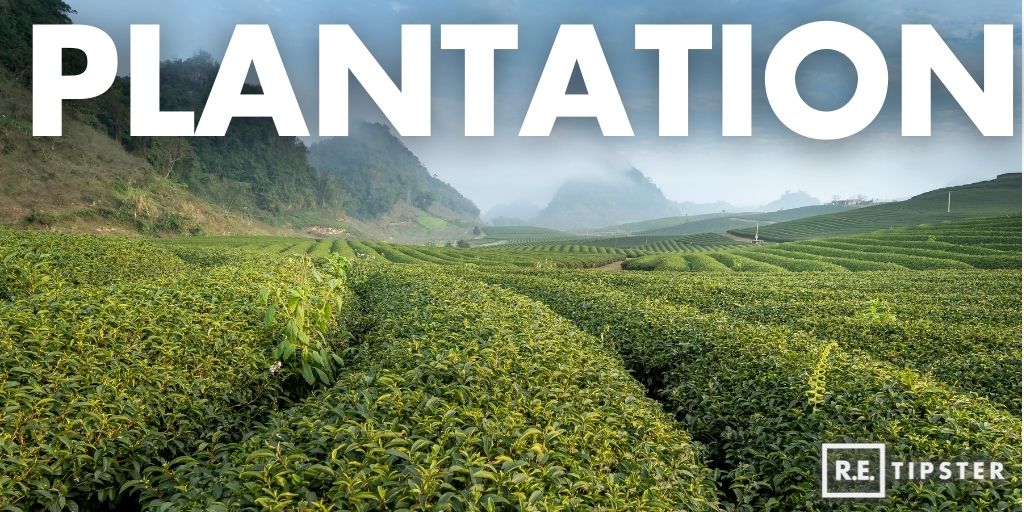 Common types of plantations are used to grow sugar cane, oil palms, rubber trees, bananas, and other types of produce and consumables.

The word “range” has more than one meaning.

One use is in property legal descriptions as a way to identify the location of a property within a township, section, and range. 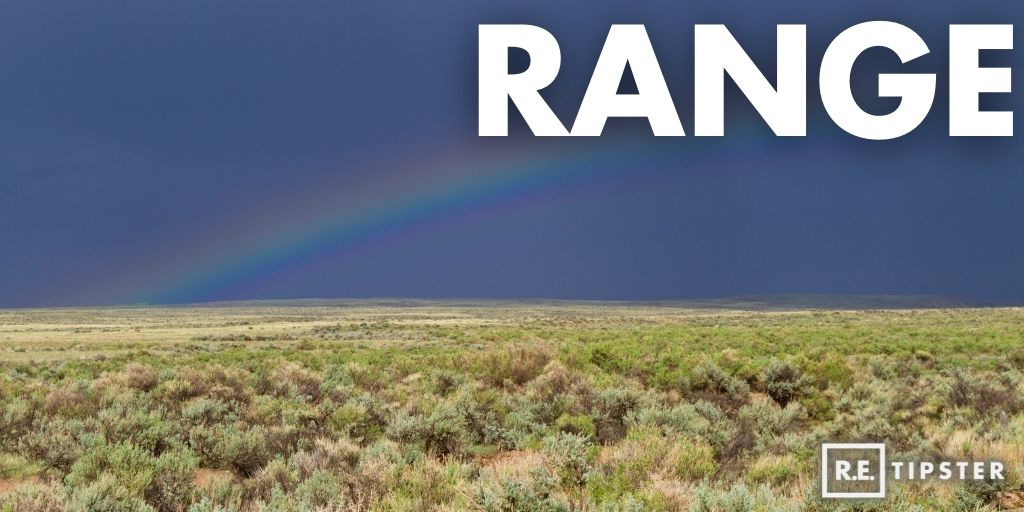 Another use is in the word “rangeland,” which is defined by USDA as:

“lands on which the indigenous vegetation is predominately grasses, grass-like plants, forbs, and possibly shrubs or dispersed trees.”

Generally speaking, a range is open land that has rich and healthy grass growing on it for animals to feed is a range. On a range, animals can both graze and roam freely, so it plays a very important role in the agricultural system.

Under U.S. land surveying protocols, a section is defined as one square mile of land, which is the equivalent of 640 acres. 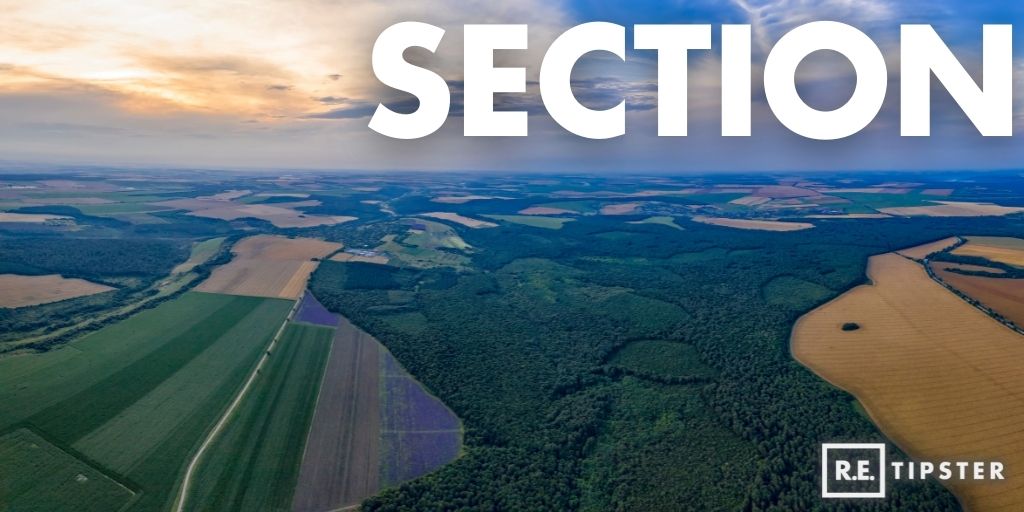 Sections are also 1 of 36 divided parts of a township, which itself belongs to a county. Similar to a “range,” sections are used in property legal descriptions as a way to identify the location of a property within a township, section, and range.

A reservation or reserve is an area established for the purpose of protecting something. This something can be wildlife, culture, history, or certain groups of indigenous people. 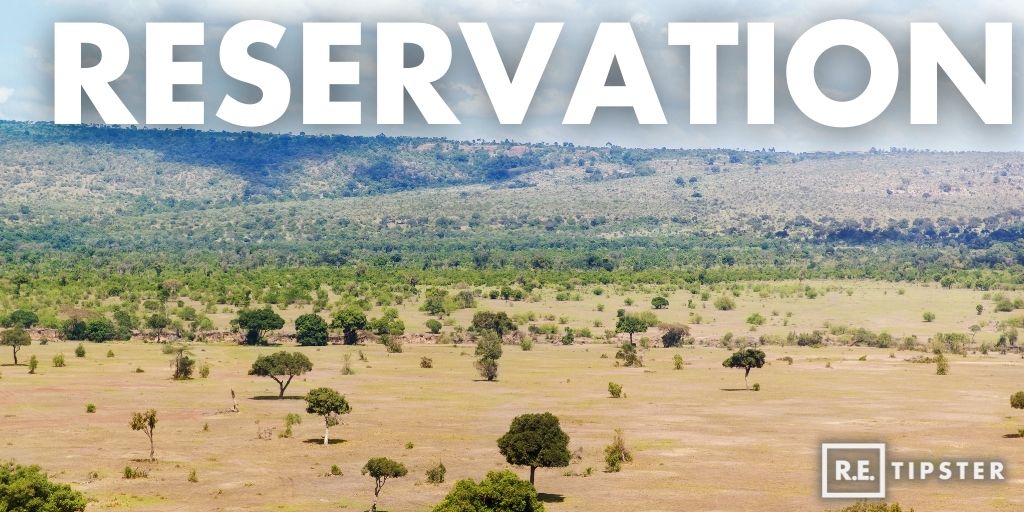 In the United States, the term “reservation” comes from the days when European settlers made contact with Native Americans.

As explained by History.com,

Reservations are not unique to America. They have been established on other continents for similar purposes, including Australia.

In the U.S. alone, there are 56,200,000 acres dedicated to various reservations around the country.

A conservation is an area of land under state or federal protection. 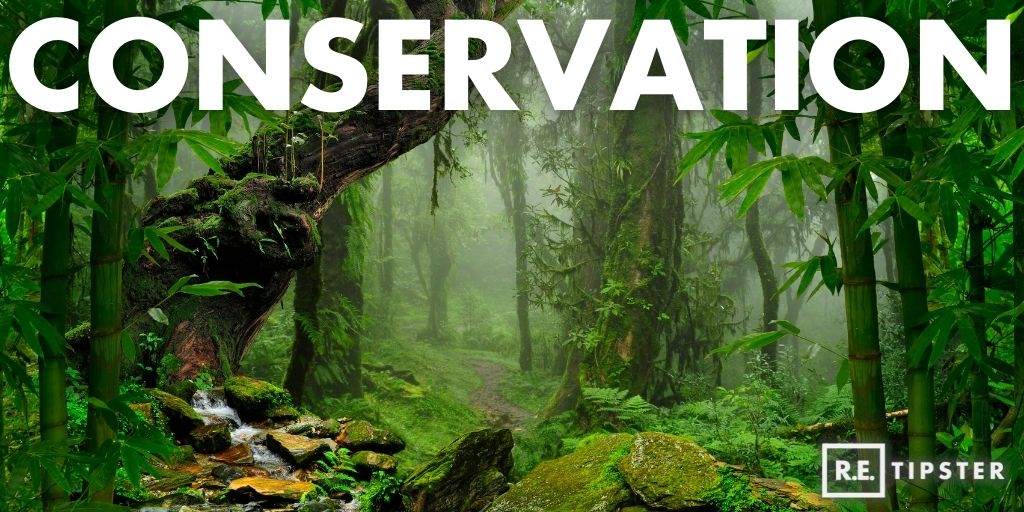 These parcels of land are protected because they have certain ecological, natural, or cultural value. There are well over 161,000 protected areas around the globe, and more are being added daily (source).

A preservation is also an area of land under state or federal protection. 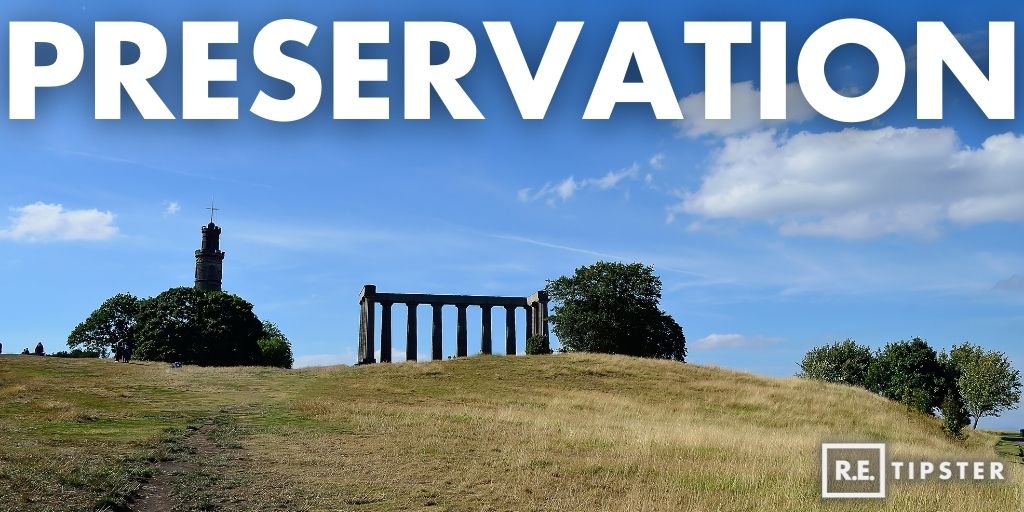 Conservation vs. Preservation: What's the Difference?

Some examples of these protected areas are:

In an era of widespread urbanization, these protected areas have provided ecosystems with a safe refuge, assisted in maintaining the health of the local biodiversity, and allowed all of us to enjoy the privilege of having the natural world as a part of our lives.

Wetland areas comprise many different types of land largely used as a habitat for protected species of wildlife and vegetation. 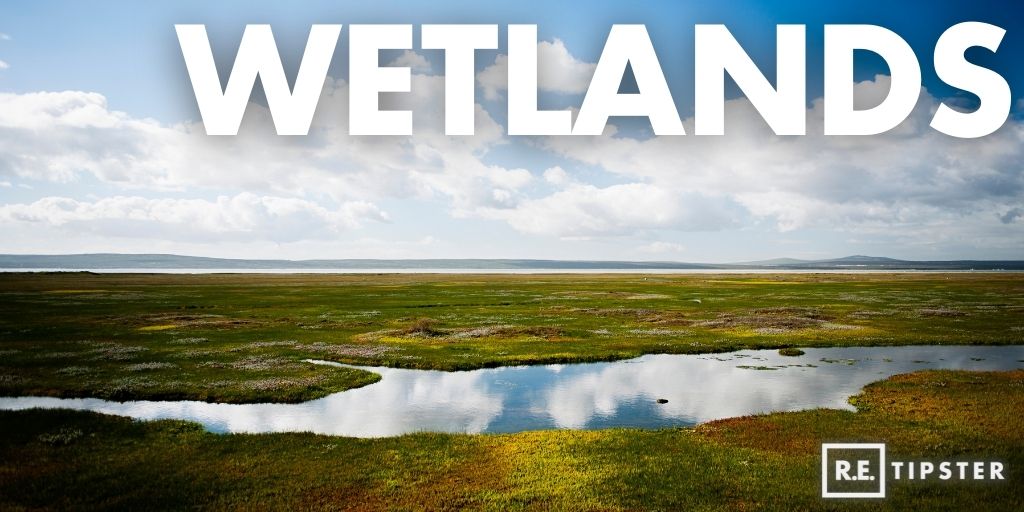 Wetland types can be broken down into four main categories:

Most wetland areas are not developable without express permission from the local governing body because the destruction of wetland areas can have serious consequences on the health of the surrounding natural ecosystem.

RELATED: How to Identify (and Avoid) Wetlands

There are many other types of land and associated terminology, but most of them are subsets of the types described above.

Hopefully, this article and the breakdown of land types and terminology are useful to your ongoing education and real estate journey!

The Glossary of Land Types and Terminology

Legal Descriptions: How They Work and Why They Matter