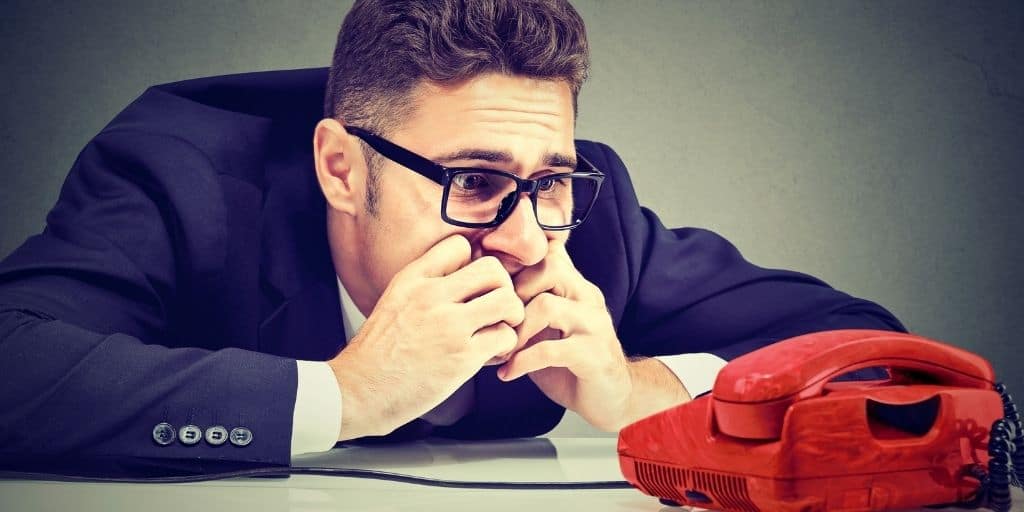 A few weeks ago, I got an email from a new investor who was having some serious difficulty talking to prospects on the phone.

The funny thing was, he had managed to execute every other step of his process very well. He had done the following:

The only problem was—he was having an incredibly difficult time talking with strangers on the phone. He didn't know what to say and he didn't know what questions to ask. When he didn't have an immediate answer to a caller's question, the conversations would get awkward and spiral out of control.

The Importance of Phone Skills

The fact is, a serious real estate investor needs to know how to communicate on the phone. There's just no way around it. In many cases, your first phone call will be your most important interaction with a person. Like it or not, this is when your prospect will make some immediate judgments about who you are and whether you're a trustworthy person they can do business with. I hate to be so blunt, but if you don't know how to handle yourself on the phone, you will have difficulty succeeding in the real estate business.

On the same coin, I think it's also worth acknowledging that it's okay to struggle initially. In fact, I'd be seriously impressed if you didn't experience some setbacks as you're getting started!

A little bit of “phone anxiety” actually makes sense when you think about it.  For most of us, it's not normal to initiate dozens of conversations with strangers on the phone. When I started this business, I had many awkward phone conversations (I'll explain more in a second). But as much as I hated the process, I have to say, it has made me a much better communicator in the end. That's a skill that no amount of money can buy.

When people struggle with awkward phone conversations, I think the problem usually boils down to a few things:

1. Discomfort with talking to strangers on the phone.

Talking to strangers doesn't need to be scary or intimidating. But for some reason, a lot of people overthink it. From a very young age, we're all told, “Never talk to strangers,” and this kind of mindset has been pounded into our psyche for years. It's no wonder some of us have such a hard time with it!

When you're trying to generate calls from sellers, you'll have to talk to people you don't know—people from all walks of life. Some of these conversations will be easier than others, and it's okay.

Remember that the person on the other end of the phone is just another human being. Most of the time, they're no better or worse than you; frankly, you don't even have to talk to them again if you don't want to. The conversation will go whichever direction you allow it to go, so don't be afraid to step in and steer it where it needs to go.

2. Not knowing what to say when a prospect calls.

This is an easy mistake to make. Fortunately, it's also probably the easiest problem to solve. Whenever you're talking to a new prospect, just think of it as though you're going through a questionnaire. You should have a very simple list of questions that you need them to answer for you. The point of the call is simply to get as many answers as possible.

It doesn't need to be a long list; mine has about 15 questions. But you should come up with a basic checklist of the vital information to make an offer (or run in the other direction).

RELATED: What Do You Say When A Seller Calls? How To Ask The Right Questions Of Your Prospects

When I was a new investor, this was my biggest problem—it took me a long time to realize it. My lack of confidence had everything to do with how I perceived myself. I considered myself an inexperienced “kid” who had no idea what he was doing. I held myself in low regard, so it was hard for me to act any different from the profile I created for myself.

If you want to get good at talking on the phone with a total stranger, you must have confidence in yourself. Let's get one thing straight—you are NOT here to impress anyone. The point of your first call is to simply get acquainted with the seller's situation and get some answers. Be friendly and talk with a positive tone, but don't act submissive. Remember, if you're talking to the right people, they will need YOU more than you need them. If someone is rude or starts disrespecting you, the conversations get real simple—end it.

You don't need to take abuse from someone who doesn't even know you – so if it starts going down this road, simply walk away.

Most of you probably don't know this, but I have had PLENTY of experiences with awkward phone conversations in my life.

Early in my career, I used to suffer from a debilitating level of anxiety regarding phone conversations. I was a complete and utter nervous wreck. On more than one occasion, I got so nervous that I would freeze up on the phone to the point where I couldn't even speak (it's called a “speech block,” a form of stuttering. It was probably the most difficult thing I've ever had to deal with in my adult life—no joke. I let it become a HUGE stumbling block and beat myself up about it.

I know from experience that a bad phone conversation (regardless of who it's with) can be a terrible feeling. When a phone call spirals out of control and goes down in flames, it can seriously damage a person's sense of self-confidence, especially if you internalize this kind of thing like I did.

I know I'm not the only person who struggled with this. More than a few people have quit this business altogether from a single phone call. It's that bad. 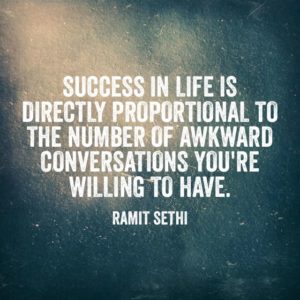 If you're struggling with clear communication, let me tell you that it's OKAY to crash and burn on the phone every once in a while (especially if you're a total beginner at this). It's not uncommon for the first one or two, or three, or four phone calls to be awkward and uncomfortable. What's important is that you don't give up.

It is very important to practice. After doing so many of these calls for years, I've gotten to the point where I don't even think twice about picking up the phone anymore. Talking to strangers on the phone has become almost as natural as breathing—but I only got to this point because I practiced.

Likewise, the only way you'll ever get better is if you continue to pick up the phone and make those calls, even after one of those “bad experiences.” I want you to sound like an expert on the phone because this skill will take you a long way in life (even if it has nothing to do with real estate).

It takes practice, so keep going—even when it gets tough.

I've found it important to have a few scripted phrases or simple sentences to fall back on (just so you sound like you know what you're doing) when making these calls.

For example, you can start each conversation with an opening line about who you are and why you sent them a postcard:

“I'm an investor and I buy properties all over the country. I sent you that postcard because I saw that you were a property owner in an area that I'd like to invest in.”

“I'm a real estate investor and I buy houses from people all over the country who want to be relieved from the burden of their unwanted property.”

You can also insert a brief explanation of why you're interested in their particular property:

“The reason you got that postcard from me is because I found your name in the public records as a land owner. Since I'm looking specifically for vacant land in this area, I wanted to see if you'd be interested in selling your property any time soon.”

If they start acting rude, badgering you with questions or accusing you of being a scammer (which is quite rare), just be nice and say something like this:

“Like I said, I'm just an investor looking for potential investment properties in your area. I have cash and I'm ready buy in the next 30 days, but it doesn't sound like you're interested in working together. Best of luck in finding a buyer elsewhere! Goodbye.”

These kinds of “canned phrases” helped me A LOT. When I got into a situation where I was unsure of how to respond, I could fall back on these phrases (which I knew very well). As a result, I could sound much more confident, which led people to trust me and be more open to what I had to say. This ultimately resulted in doing more deals and making more money.

RELATED: Getting People To Say YES

Experience Is the Best Teacher 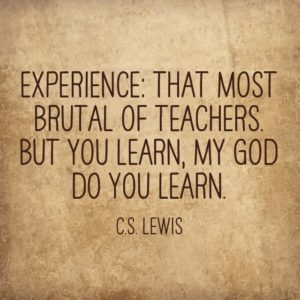 I've had plenty of awkward phone calls in my time. Sometimes they just don't go well at all. But don't let this get you down. This is a very normal part of the learning process, and you will get better in time.

The first time you have a conversation with a prospective seller, you have a golden opportunity to speak directly with the source of the information you need. You can usually glean 90% of it before you decide to purchase (all subject to verification, of course).

If you're dealing with shyness (or an overall lack of confidence), this video from Ramit Sethi may also offer some valuable insights.

And if you need an example of what a solid, confident phone call looks like, here's an example from Claude Diamond and Joe McCall:

And last but not least, check out this insightful blog post from Karl James, who did a masterful job of summarizing his experience and growing process.

101 Things Everyone Needs To Know About Real Estate Investing

20 Books That Changed My Life

50 Profound Words Of Wisdom That Might Just Change Your Life