Six Months After Quitting My Job – Here Are My Honest Thoughts 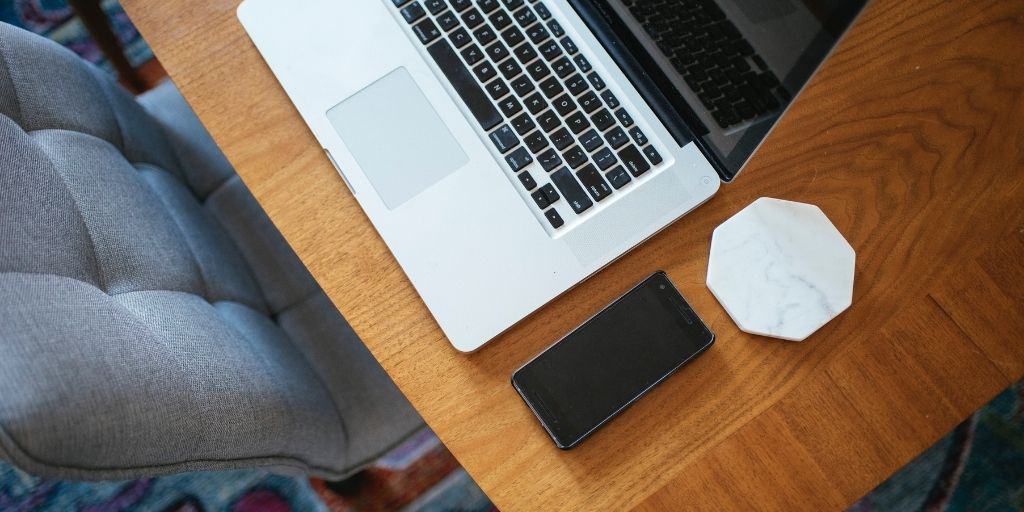 When I decided to pull the plug on my job at the end of 2015, there were a lot of thoughts running through my mind.

On the one hand, I was terrified.

The idea of FINALLY quitting my job was something I had thought about for years, but it wasn't something I actually considered doing until about 12 months ago.

When I started looking at self-employment as a REAL, legitimate option for my future, a lot of conflicting thoughts came into the picture:

In a lot of ways, I was scared to let myself think big. Subconsciously, I was trying to keep my dreams under control, almost in a self-sabotaging way.

At the same time, when I pulled the trigger and gave notice to my employer, my new life sounded so unbelievably amazing. I could already taste the euphoria of freedom. The idea of doing my own thing and being completely independent sounded amazing beyond words. Even as I write this six months later, I still have to pinch myself—because it really is that awesome.

The Self-Employment Mindset at a Glance

Soon after I was gone, I started to think about time and money a lot differently. With an additional 40–60 hours to devote to my business endeavors each week, it was CRAZY how much more I could accomplish.

About a month after I set the sails, my friend Sharon Vornholt interviewed me on how it was going. You can see that full conversation here:

After so many years of carefully budgeting our household income and living within the confines of my paycheck, I realized that ultimately, there is no technical “limit” to my income (other than the limits in my own head).

With the complete independence that comes with running my own gig (e.g., deciding which deals to go after, choosing where to spend my time, doing work that sounds like fun and NOT just what makes money), it occurred to me that there is very little holding me back from making whatever income I deem appropriate.

Pros and Cons of Self-Employment

As with anything, being on your own is a mixed bag. Ultimately, I'd say there is a MUCH bigger upside than a downside, but even so, things are rarely “all good” or “all bad.”

Freedom. The freedom has been incredible. Every day is an adventure that I can't wait to begin because I always get to work on the things that matter to me. It's probably the most “in control” I've ever felt of my own life, and I thank God for it every day. 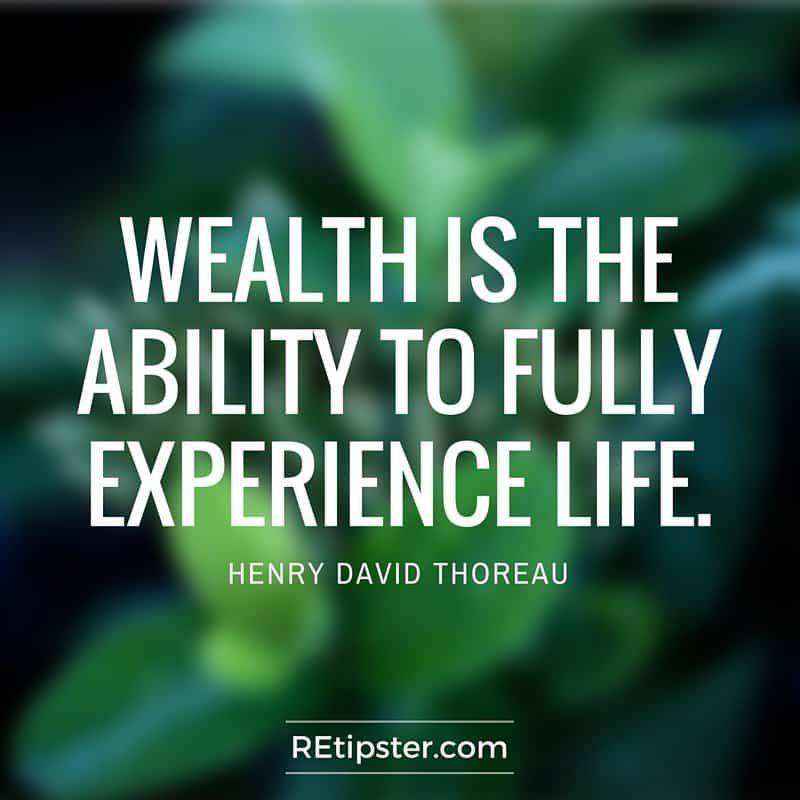 Loving the work. I cannot tell you what a breath of fresh air it has been to lay in bed on Sunday night with a smile on my face because I can't wait to get to work on Monday. It has made me realize how important it is to do work that I love. It makes every aspect of life more enjoyable.

Money. Since leaving my job, my monthly income has gone up and down a bit. But on average, I've earned about 3x more than I used to make from my day job. I was fairly confident this increase would come about, given the additional time I'd have to spend on my business. However, I was also a bit nervous about how things would pan out. As the sole breadwinner of my family, this new gig HAD to work. There was no room in the equation for “maybe.”

Taxes. I used to do some sizable land deals in the past, so I was already familiar with the unpleasant task of writing a MASSIVE check to pay my annual tax bill. Self-employment has only increased this pain. However, now that I'm in the habit of making quarterly payments to the IRS (and knowing this unpleasant task is always just around the corner), it has helped me to plan for and anticipate the “pain.” 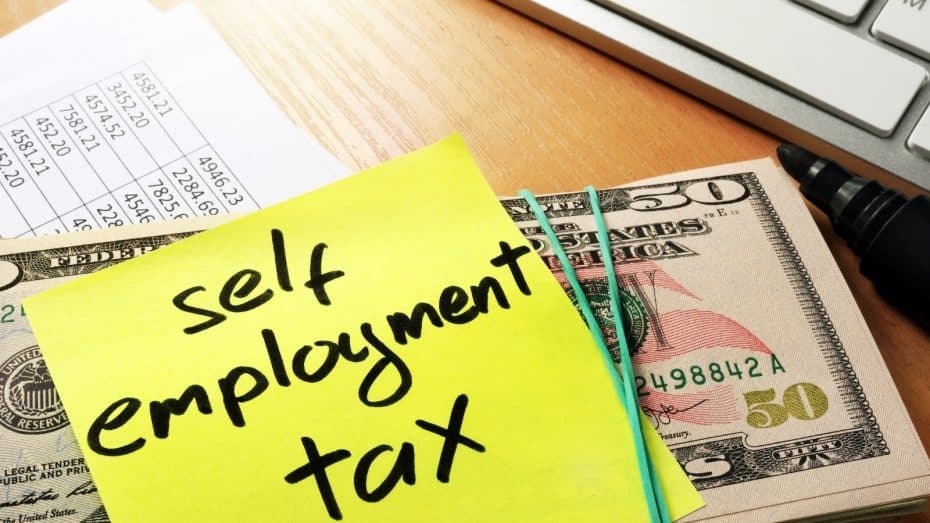 As an employee who collected a paycheck for so many years, each paycheck withheld my taxes automatically. It was so easy to overlook how much tax can drain your pocket each year. But when you have to manually write the check, it's harder to be blissfully ignorant of the situation.

If anything, it showed me the importance of buying more cash flowing rental properties (e.g., tax shelters) as part of my long-term business strategy. Land is great for a lot of reasons, but one of the few unfortunate aspects of a concentrated land portfolio is that tax breaks typically don't come with the package (at least, not like they would with a dozen rentals or an apartment building).

Health insurance. Similar to the tax issue, health insurance was something I hadn't spent much time dwelling on as an employee. Fortunately, I learned that the cost of health insurance wasn't nearly as bad as I thought. With a high deductible plan tailored specifically for my family, the monthly cost is about half what it would have been if I had chosen the same group plan from my employer. Nevertheless, I never used to think about this mildly annoying bill in my day job.

Peaks and valleys in revenue. When I was calculating the feasibility of working on my own, I took some time to figure out how much money I'd have to earn per day to match the income from my steady, predictable paycheck. This information has been a blessing and a curse because for every day I don't meet this “daily quota,” it has been easy for me to get a little nervous.

I'm learning NOT to look at my daily performance but instead at my monthly (or quarterly) performance. No business ever earns an EXACT amount of revenue every single day. Some days are fat and some days are skinny. But to date, every month's (not day's) performance has FAR exceeded that of my job. This underscores the importance of looking at the big picture.

When I used to ponder how great self-employment would be, there was always this underlying assumption that life would be perfect.

Even though the freedom and love of my work have been great, I can confidently report that I still have problems, worries, frustrations. I struggle with managing my time well. In many ways, many of the same problems still exist in my life. The only difference is that I have the freedom to prioritize which problems to address and where to focus my attention at any given time. Life is certainly more enjoyable, but it's still far from perfect.

As I've mentioned before, there's a BIG stigma that some people have toward jobs (people who aren't doing their own thing full time). Most entrepreneurial and “business opportunity” folks love to bash jobs as if they're a symbol of slavery, mediocrity, or the biggest thing holding people back in life. I think there's probably a seed of truth to this, but it's also a one-sided perspective.

Having been out of my job a while now, I can safely say that full-time entrepreneurship is a wonderful fit for me. That said, I don't think it's necessarily the best fit for everyone. In general, I learned about a couple of things from self-employment:

Most people don't acknowledge the fact that it can be very hard to go it alone. There are MANY more things to worry about when you're a self-employed person. And when things don't go according to plan, the stress can be much more significant than what comes with a standard day job.

Let's not kid ourselves. There are PLENTY of things about running your own shop that aren't glamorous yet challenging by themselves. Some people are born with the mindset to handle this kind of stress but some aren't.

In many cases, it is significantly less stressful and more enjoyable to be an employee rather than an employer. And that's okay. Working under someone else can help you get your bearings until you figure out what you're doing. That precisely was what I did for ten years, and it was a great fit for me. 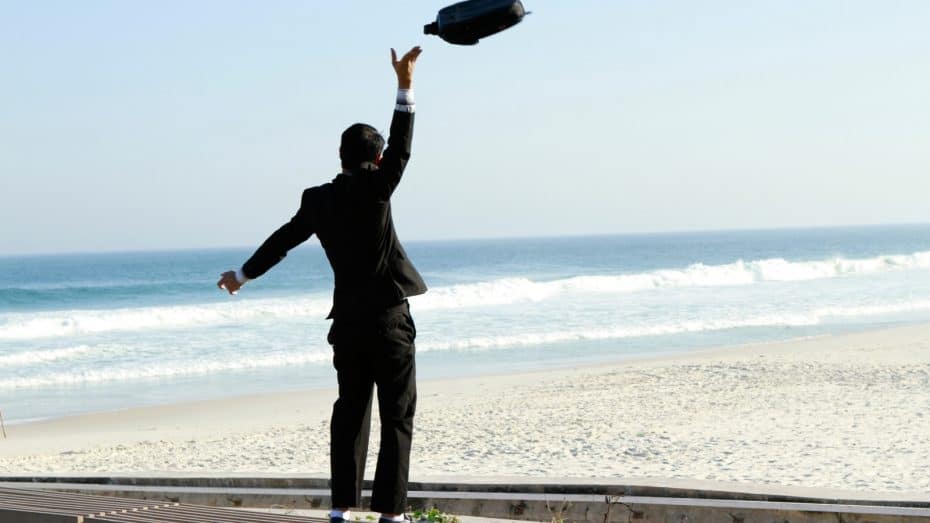 At the same time, the freedom that comes with self-employment is something many people never allow themselves to consider. For some people and some personalities, a job will simply never be the right fit. And if you're one of those people who has never felt “at home” in your job, I'd encourage you to keep exploring and creating new options for yourself.

The idea of completely obliterating these barriers would've been unthinkable for me five years ago. But in my first six months of this new adventure, I've learned that it's real and worth the leap of faith. As with anything, though, there is a set of pros and cons that come with the territory.

The added costs and hassles of self-employment aren't always easy to be deal with. But in my mind, they're TOTALLY worth the trouble. When my freedom is at stake, I'll deal with these headaches all day long.

I Just Quit My Job.